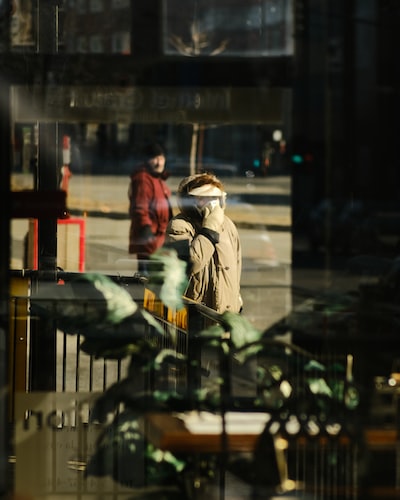 Today Google+ says goodbye definitely. The social network that could be and was not dies and certifies a panorama dominated by platforms that have become contaminated —With our help— and that raise the need for a new social network that is different in substance and form.

With a Facebook in low hours and highly criticized, a Twitter with clear problems of moderation, Instagram or LinkedIn in which the personal and professional ‘posturing’ is increasingly criticized or alternatives such as WhatsApp that have become a field of cultivation of fake news, there seems to be room for a different social network. The problem is the same as always: you are where your contacts are.

Google+ is the latest in a long list of failures

Social networks were born with fantastic challenges in mind: staying more and better connected and serving as bridges to discovery of all kinds of content. They did it through messaging, text and video, and their potential ended up attracting billions of users.

All of them were born with that idea but all without exception have ended up contaminated to a greater or lesser extent and condition traditional social relations. Even with its lights, which there are, social networks have become something harmful: Silicon Valley has rebelled against itself, and those who were part of the creation, for example, of Facebook now kick pests of a platform that qualify almost as toxic.

Google+ was born with those same good intentions, but little by little it became corrupted as well. Google’s obsession with put this social network even in the soup made users end up fed up with ‘that other social network’ that despite some successes could not differentiate itself sufficiently from Facebook.

The same has happened with the rest of the great platforms of our time: they are too large to expect effective content control, something that has caused those tools —because they are nothing else— to be used inappropriately. The exaltation of violence, harassment (school or not), hate speech towards all types of groups and other types of morally and ethically reprehensible content have spread like wildfire and have become our daily bread in Facebook, Twitter, Instagram or WhatsApp.

And then there is the role of these social networks as data collectors, Sure. Privacy falters on platforms that encourage us to share everything at all times.

That is not a bad thing in itself, but current technology has made all that information collected on social networks such as Facebook or Instagram serve not only legitimate purposes – discovering content that may interest us based on our tastes. but others much more debatable.

For example, the ideological profiling configuration which, for example, helped Trump win the 2016 elections and which were now intended to be used in electoral processes in Spain. Facebook’s scandal with Cambridge Analytica has been the most serious of a series of problems that have caused Mark Zuckerberg to promise important changes in terms of privacy in this social network.

From the wall to WhatsApp groups

In recent times, however, part of the enormous traffic that seemed already associated with social networks has been migrating to other platforms: the courier (and Facebook knows it).

WhatsApp, Facebook Messenger, iMessage, WeChat and Telegram are some of the clear examples. In them, this practice that goes beyond getting in touch with your closest acquaintances, because now we share content in those applications as we used to do on social networks.

We do it, yes, in a more controlled, more “private” way (the quotes are important) and that for example does not index in Google and other search engines such as posts on Facebook or Instagram would.

However, these messaging apps have also been affected by the same issue, and WhatsApp has become another threat in the field not only of privacy – more scandals here – but also of the dissemination of false news, something for which those responsible are trying to apply certain control measures.

All alternatives have failed (so far)

All those social media problems aren’t new, and of course Google+ tried to solve some of them unsuccessfully. Since Facebook, Twitter or Instagram – now with its own identity crisis – rose to fame, many projects have tried to achieve success.

However, competing with these giants is almost impossible for all of them. by (among other things) the network effect: you want to be where your contacts are, and today that place is often Facebook, or Twitter, or Instagram.

Google tried Google+ to compete with Facebook, but it certainly wasn’t the only one to promise that social media revolution. It promised us privacy above all else, Diaspora * continues to boast of Open Source but does not work, Vero wants real relationships with zero algorithms, and Peach also puts privacy above all else.

None of them have set too much, and although competing with Facebook has been the challenge for many of themOthers have tried to propose alternatives to other services. Mastodon tries to propose an alternative to Twitter – App.net tried it years ago – while Secret tried to bet again on privacy in instant messaging, something that Signal also defends.

We have seen how most used that free approach with which all the big companies have triumphed, but some wondered what would happen if Facebook for example offered a social network ad-free and really private and this iteration off-payment. Sheryl Sandberg, Facebook’s COO, even hinted at that possibility, but it seems highly unlikely.

Some of the developments that we have talked about raised precisely that same idea of ​​pay per use, but users have become unused to sacrifice privacy in exchange for free platforms that bombard us with advertising and that collect everything we do.

Maybe a paid social network had a chance, but once again the problem is that everyone is already on that other social network — whatever it is — and they don’t pay a penny to do it. It’s hard to compete with free. Almost impossible, especially when its operation is decent and when, even with privacy scandals everywhere, users continue to use them.

It’s sad but it’s a reality: 500 million stolen accounts no longer amaze (almost) anyone. All the scandals that Facebook have suffered have not affected its position of reference too much (the same happens with other companies), and despite campaigns that encourage people to abandon social networks -or use them less with that almost forgotten trend of ‘digital well-being’ – the strength of this social network is obvious.

Are there alternatives? There are, without a doubt. Some with good intentions and cool features. The problem is that (almost) nobody is using them. We even wonder why now some companies like Apple, so focused in recent times on services, do not consider a payment social network based on that privacy that it defends.

The latter can be done a bit more than the others considering that it does not depend on the data you collect, but leaving that debate aside, perhaps it is time for someone with resources to offer that alternative that many of us might pay for. One (more or less) free of advertising, hate speech or massive data collection. How difficult it seems. Or how easy, depending on how you look at it.