World of Warcraft: Battle for Azeroth – Analysis – War and rivalry 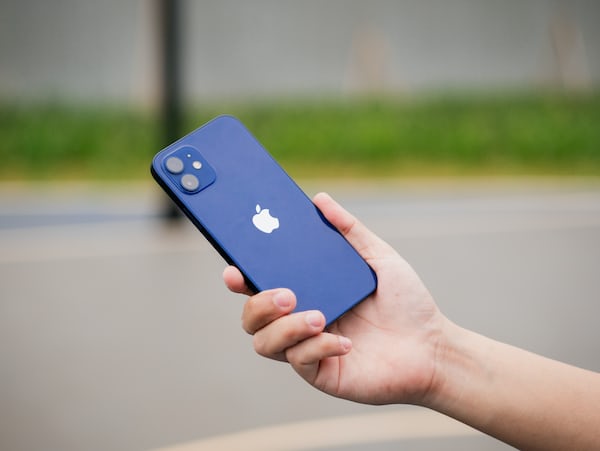 World of Warcraft: Battle for Azeroth – Analysis – War and rivalry

The expansion has an excellent start, but Blizzard has reused many of the systems introduced by the previous expansion.

After a long period of, say, relative peace between Horde and the Alliance, Azeroth is again at war between these two great powers. After the end of the Mists of Pandaria expansion, Horde and Alliance learned to put aside their differences and greater hostilities for a greater good. Immediately afterwards, in Warlords of Draenor we obtained a common enemy with Iron Horde, and later, in Legion we finally took an offensive against the Burning Legion leaving its leader, Sargeras, out of the picture for now. But while the heroes of Azeroth together with the Titans managed to stop the Burning Legion and arrest Sargeras, Sargeras left us a gift. A titanic sword pricked on the planet, so that the days of Azeroth are numbered.

This is how a new adventure with Battle for Azeroth begins, which started in a very satisfactory way, including in the pre-release update a very satisfactory amount of content to complete: the attack on Teldrassil and the Assault on Lorderon, with only the latter to stay in the game after the expansion launches. The attack on Teldrassil, both for Horde and for the Alliance, had quests even more stirred than the well-known traditional model of MMORPG, the typical “Mata X bichos e volta”. The atmosphere that was felt during these quests was one of tension, a new war appearing before our eyes, with the ending showing a cutscene that shows what happens to Teldrassil at the end.

The assault on Lorderon was much more complex, arguably one of the best Scenarios created for World of Warcraft. After all, that’s exactly what happens in the opening movie of the game for this expansion. An assault on one of the capital cities of Horde with troops, assault towers, cannons, various machinery and of course plenty of high quality cutscenes to enrich the story. When these pre-expansion events ended, I knew that this would be just a taste of what was to come.

The opening of this expansion focuses not only on the rebirth of this hatred and war between the factions, but also on a mission to save the planet Azeroth, which is weakened and still with a great wound. This wound led to the emergence of a new resource known as Azerite, the blood of Azeroth, which will have to be collected to heal the planet. For all this, both Horde and the Alliance will have to grab all possible help, even if they have to look for it in new allies.

The new concept of introducing several sub-races instead of introducing a new playable race is refreshing and something already questioned by fans, possibly has legs to walk. Horde has access to the Higmountain Tauren and the Nightborne that we knew from the previous Legion expansion, and also featuring the Mag’har Orcs, the uncorrupted Orcs that we met during Warlords of Draenor. The Alliance also gained access to its number of races allied with the Lightforged Draenei and Void Elves also known during the Legion, and complementing with the Dark Iron Dwarves, who have always been part of the world, but have finally managed to be part of the Alliance.

In this expansion, Horde unlocks the classic Zandalari Trolls and the Alliance the unique and distinguished humans of Kul’tiras. Yes, I said unlock, because to be able to play with any of the aforementioned races, a number of requirements will have to be met and the game itself makes them very clear when looking for such information. It may seem unfair to have to play and invest time in meeting certain requirements for a race to become playable, but again the game makes it clear that these are sub-races, small minorities of larger races that have just been left out at all. this conflict for years. For this, it is necessary to gain the trust of these communities so that they join with you. Perhaps it is not the most fair, but it makes a certain sense for those who follow the story.

The progression system with Azerite equipment

Now that all of our Artefacto weapons have lost their power, we have to adapt to a whole new game system for a more encouraging progression within the game. For this Battle of Azeroth uses a piece of equipment that Azeroth itself gives us, the ?? Heart of Azeroth ?? that we will use as a Neck to absorb as much Azerite as possible. As such, this Azerite can be used to awaken hidden powers in some pieces of armor, namely the Heads, Shoulders and Chests. Each of these pieces of equipment has between two to three roulette wheels, each with different options that give a certain added power to our character. Depending on the level of our Azerite bar, we can unlock more of these skills with time and dedication.

Basically it is an Artifact Power, but instead of being all concentrated in just one or two pieces of equipment for a continuous evolution, this time we endeavor to change certain pieces of our equipment in order to gain new skills. We can perhaps see this system as a ?? reskin ?? Artifacts or an improvement of their potential. Either way, it is a way for the player to feel that he is gaining new powers even though doing something as basic as exchanging one chest for another.

Another very important part about Battle for Azeroth is, without a doubt, the end of the discrimination between PVE Realms and PVP Realms. Now there is only a distinction between normal Realms and Role Play Realms. With this globalization, the new Warmode was introduced, which can be found in the player’s Talents window, where by activating Warmode, players from both factions will be able to attack each other while exploring the world. Of course, when exposing yourself to the danger of a world at war, you need certain new skills and of course, rewards that are generous to the most courageous.

The Uncharted Isles are small islands where we will go with our expeditions to get more Azerite.

The leveling campaign of Horde and Alliance this time is separated by the ocean, since Horde will have to go to Zandalar Island and Alliance to the Kul’tiras archipelago. Each of these zones is visibly distinct from everything previously seen in Azeroth, but not as noticeably as in previous expansions. An example of this can be seen on Zandalar Island. We have the Zuldazar zone, the great city of the Zandalari Empire, which reminds us of a mixture of civilizations native to the Americas such as the Incas, the Aztecs and the Mayans. But the Vol’dun area is just a desert, not exactly like the Cataclysm Uldum, but a desert without much distinction, apart from some ruins and a more mystical air. Like Stormsong Valley in Kul’tiras, it is a green and somewhat hilly area, something that is also not new in this universe, but it marks in a way because it resembles the forest beauty of northern Europe.

Following in the footsteps of Legion, the player has the freedom to choose in which zone he prefers to start playing without problems of level differences. Fortunately, the scale system works well and progressively becomes more challenging for the player. Each of these zone stories always has an unfolding that contributes to the common ending that happens when we finish them all and who knows even what comes in future updates.

The dungeons complement and sometimes complete each of these stories, but they are far from the best dungeons in the game due to many of them being very closed, tight or confusing in terms of orientation, but still obligatory to anyone who wants to improve your performance in the game. Upon reaching level 120, the player will gain access to a World Quests system as in the Legion expansion. Again, there is nothing new, but it works very well for smooth progression and a system that benefits, without exaggeration, those who dedicate more time.

The effects of sun on the fog in Drustvar:

As soon as we reach our main zones, the player will also have his equivalent from the previous Class Order Halls, being now replaced by the dispatch of his designated faction, with followers, units and missions for those same entities. All of these missions can be monitored and controlled by the WoW Companion application available for iOS and Android. We remember that these expeditions have their own story line, which progresses little by little with important Quests marked in orange. Some of these quests allow the player to build a battlefront in enemy territory. For example, the horde can create a fort in each area of ​​Kul’tiras and vice versa. Each of these forts expands with its own questline, thus giving even PVE players a way to participate in this war in a progressive way inspired by the classic Warcraft RTS games.

The game’s soundtrack continues with its pristine quality with terms perfectly aligned with the area or situation in question, but perhaps not as powerful or ambitious as the Legion soundtrack. Graphically the game was again more demanding due to new graphics, effects and post-effects never seen before, not excluding the new models. Fortunately, World of Warcraft will always be a game for everyone, so that who doesn’t have a so-called “NASA PC”? you can play it without worries.

Overall, Battle for Azeroth got off to a great start, although many things still look like a reskin to the systems introduced by the Legion expansion. We feel the lack of a great and unpredictable danger as the Legion expansion has accustomed us, but there is a whole mystery surrounding this new story that can change the way the war between Horde and Alliance can run, not forgetting the wound of Azeroth and the danger that plagues the seas. Despite not having something as shocking or bringing something as innovative as Legion did, Battle for Azeroth can still evolve over time. A lot still is sure to come and is likely to be shown at Blizzcon 2018.