World of Warcraft Classic: First steps in a gigantic world 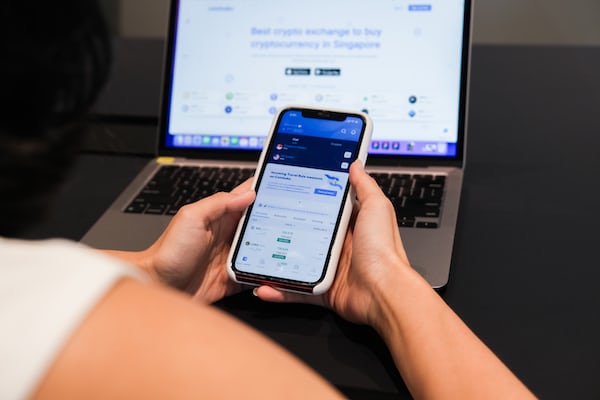 World of Warcraft Classic: First steps in a gigantic world

World of Warcraft Classic is back and the world has noticed. The old version of one of the best preserved video games has aroused the nostalgia and curiosity of many players, whether they are veterans or newbies. So much so, that the video game is more than a week old and there are still huge queues to enter the servers and perform the missions. In addition, it remains one of the most viewed video games on Twitch since its launch. Now we bring you our World of Warcraft Classic guide focused on the first steps.

Blizzard increases the capacity of the World of Warcraft Classic servers

In all this madness of excitement and players With a monumental veteran you can find yourself, new players who do not even know where to start. Here is SamaGame to bring you a little guide to help you get started. The world of World of Warcraft is immense and we have all been overwhelmed at times. Take a deep breath, calm down, and read our World of Warcraft Classic guide.

Let’s start at the beginning: What is World of Warcraft Classic?

World of Warcraft in general is a huge video game full of things to do. Even in its Classic version we will have to put in MANY hours to get the equipment and skills necessary to face the greatest challenges. In fact, going back to the initial mechanics we should not approach this version as the current one. However, the first steps of World of Warcraft Classic begin outside the game, specifically in the Blizzard launcher.

We will have the two versions of World of Warcraft in a tab above the blue Play button on the Blizzard launcher. In this tab we will select the version we want to play. Once the version we want is installed, in this case the Classic, we will have to make sure we have the monthly subscription. World of Warcraft, including the Classic version, is a video game that goes by monthly subscription. That is to say: We will have to pay a monthly fee to be able to play.

If we have the video game correctly installed and our subscription paid, it is time to press the Play button and start taking the first steps within the game itself. Here the World of Warcraft Classic guide gets interesting.

Once inside the game, World of Warcraft Classic will offer us a llist of realms (servers) for us to choose one. In this menu it is important to take into account several VERY IMPORTANT considerations: Do you have friends playing on servers? Are you willing to wait in queues to access a server with more people? When selecting the server, we will have to take this into account, as we will not be able to play with the same character in different kingdoms. Once we select the kingdom, we will go direct the Character Menu.

In this guide we will give you basic keys to start playing, but once you have overcome the first steps of the game, you will have to learn little by little. In a matter of which breed to choose varies according to the FACTION you like the most: Alliance and Horde, both enemies and each with their own races. Once we decide the RACE we want, we will decide what CLASS.

The class will define our way of playing. At SamaGame we will not say which class / breed is better: All classes are useful and good if handled well. There are no good or evil. In this case, we recommend that you read all the descriptions well. The best way to find our ideal class in WoW is by testing.

Alliance or Horde? Choose your destination

Choosing a RACE implies choosing a FACTION. The capitals are Stormwind and Orgrimmar (Alliance and Horde respectively), each arranged on different continents, which in turn have their own locations and biomes. Later we can travel between them. At the moment, we won’t be moving much.

We are in the world, now what? The WoW gameplay is as follows: Do missions to get level and better equipment. This level and equipment will give us access to better areas and missions, which in turn will give us more experience and equipment. The process is VERY slow and patience is essential. WoW is a video game for players who enjoy the road more than the end, even if the road is not always sweet.

What should I take into consideration first?

Your character revolves around your CLASS, which has a skill and talent tree. These skills and talents will have to be improved by increasing experience and paying certain amounts of gold. Our character will advance, in one way or another, as we improve. We can choose between being tank and receive blows so that others do harm; healer and heal those who need health or enhance their abilities; or be DPS and focus on doing harm. The roles within WoW are varied and we will have a lot of time to decide as we play.

In addition to looking at skills, it is healthy from the beginning that we get used to look at all the specifications of the objects we receive. Every point counts for our team. In the case of being useless or lagging behind, we can sell them and get money, which is a very precious asset in WoW. It is important that we look closely, because they can give us certain objects that appear rarely. The latter are usually found at the end of quest chains or dungeons.

Here we offer you several key points to level and advance with our character:

All for the money

WoW Classic has many constants. One of them is the money. Probably the most precious and coveted asset in the video game. Money is obtained doing quests and dungeons, defeating enemies, selling objects in stores or auctions … In our first steps we will obtain it in missions and eliminating enemies.

Here are some tips on how to manage it and what to invest it in:

The human being is not an island

One of the most interesting aspects of WoW Classic is the social section. The current version of the game has automatic matchmaking for almost all the activities that need it, however the Classic version does not. In this version we will have to be social beings and use chat. In fact, chat is a tool that we will use a lot at higher levels and that will open many doors.

In the chat we can seek help for missions and organize the groups for the dungeons. This means that we will have to have a certain command of English, even if it is the basic vocabulary of the game. In certain dungeons communication is also essential. During the first steps it can be for ask a player for help or questions. The WoW community is usually very open when it comes to helping new players.

World of Warcraft Classic is a Huge video game with slow and expensive progression. The learning curve is high and reaching the highest ranks requires many hours of play and prior study, be it from the classes, the dungeons or the most powerful final bosses. This guide by World of Warcraft Classic only serves for guide the first steps. Luckily, the forums are filled with all kinds of resolved questions and advice. We are facing such a large universe that we would need a hundred publications to explain everything.

Here are some tips for getting started in WoW Classic! Now it’s your turn in comments: Have you ever played WoW Classic? Would you like it? What did you think of our World of Warcraft Classic guide? If you are veterans, what advice would you add to the list?