SamaGame > WoW > WoW Classic: Why does a 15 year old game inspire its fans? 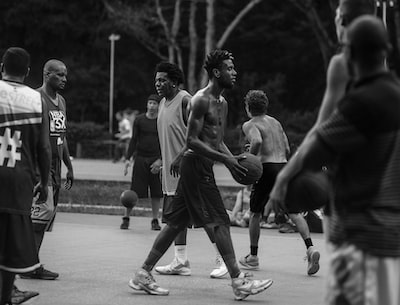 WoW Classic: Why does a 15 year old game inspire its fans?

WoW Classic: Why does a 15 year old game inspire its fans?

When you look at the (renewed) success of World of Warcaft Classic, you quickly ask yourself why an ancient piece of gaming history 15 years later in the RTX era still ensures that the servers are bursting at the seams, the zones in the game are hopelessly overpopulated and players stand in virtual queues by the thousands. Blizzard itself has probably underestimated the gigantic rush. The MMO veteran has to offer something with which current, technically and visually more sophisticated games cannot appeal to gamblers.

For my part, I put it all together like this: The first factor itself is the players and their expectations of the game. In my opinion, four different types of these come together in Classic:

In addition to satisfying the interests of the players, WoW Classic also offers another factor that has not been known from mainstream games for years: tough challenges and an unadorned game world. Sure, there are games like Sekiro recently whose boss fights are extremely difficult. But apart from the same everything runs smoothly. You can easily rivet every opponent, every group, the way through the world is clearly regulated and leveling and learning the skills is incidental.

But which games company still risks that players keep getting in each other’s way, that bottlenecks arise in quests, that leveling is as tough as chewing gum or that the walks take more than 60 seconds until something happens? Just imagine, CD Projekt RED suddenly thought of building a 10-minute walk to a quest in Cyberpunk 2077 … the shitstorm would inevitably be inevitable. Today’s spoiled gamers just expect it to get down to business quickly.

Infinite expanses and somewhere back there by the palm trees is my quest area. What I don’t know at the time: 20 other players are already there, fighting over the few mobs … the quest will hold me up for over half an hour.

Quite different with WoW Classic. Anyone who plays here knows that you are constantly fighting over a mob with dozens of other players who, with luck, spit out the item you are looking for after a dozen kills. It is known that it is half an hour’s walk from Hemet Nesingwary’s camp in Stranglethorn to Booty Bay and is run over at least ten times by monkeys and tigers running around and at least 20 times by players from the other faction. You know that your pockets are always overfilled, that the class teacher pulls the last piece of copper out of your pocket and that you run out of mana after five spells at the latest in fights and that you are at your best when the opposing NPC resists even one of them.

Yes, you know all that and you want it that way (well, not that bad would be ok for me too). Let’s just be honest, the WoW Classic player just isn’t that effeminate. The constant suffering and constant frustration hardened him. Nothing could portray this better than the 693rd issue of Dark Legacy Comics.

It is precisely these problems and challenges that lead to the fact that the players (have to) get closer in WoW Classic. It seldom progresses alone and when it does, it is extremely slow. Therefore, everyone has got used to inviting other players that you meet in the quest area into a group and talking to them. On the one hand, you quickly get to know new people who then end up on your friends list or join the guild. On the other hand, you do not constantly steal the mobs from each other’s noses, you get down to more difficult opponents and you are better protected against rebellious players from the other faction.

Waiting together for respawns and fighting is part of good manners in WoW Classic.

Even if there are significantly more examples that you can list as pros of WoW Classic, in my opinion the community factor is also the biggest problem that the current WoW add-ons and many other games have to struggle with. Most of the players have become loners, as a group is no longer absolutely necessary, and the chat has unfortunately turned into a sell-bot-infested fish market stall that is hardly noticed or is generally deactivated. For a long time there have hardly been any nice conversations or helpful tips without the usual toxic flames. In short: The togetherness is much more in the foreground in Classic than in WoW Retail or other games and reminds us why people once fell for this genre.