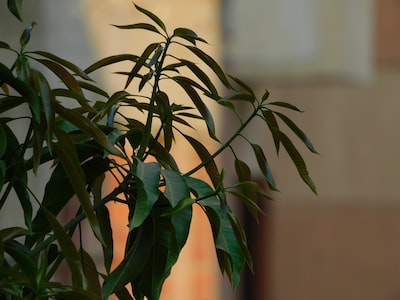 In recent months, almost inevitably I would say, I could not help but play World of Warcraft: Mists of Pandaria, either out of personal curiosity, or because time permitting I would like to personally take care of the review. As a result, when I was kindly offered the chance for a developer interview at Gamescom, I couldn’t help but catch the leap.

So here is the result of about 20 minutes of chat with John Lagrave (Lead Game Producer) and Ion Hazzikostas (Lead Encounter Designer) of Blizzard Entertainment.

SamaGame: Thinking about the new additions of Mists of Pandaria, I spontaneously asked myself why you chose them and why only now. I mean, pet battles have been in demand by fans for years, but Scenarios are different.

John Lagrave: Pet battles only appear now because, so it doesn’t seem, they require a lot of work. Being turn-based events that take place in a real-time architecture, we had to rewrite entire parts of the code to get a result that was satisfying both for us and for the players.

SamaGame: When did you start developing this feature?

John Lagrave: We started work in January and it was necessary to employ a rather large number of engineers.

Ion Hazzikostas: As for the Challenges, the motivation comes from interpreting what fans have shown they really appreciate in recent years, that is, the instances of 5 players. With the introduction of the Looking For Group in Wrath of the Lich King, parties made up of random players have become the vast majority compared to those made up of close-knit members of the same guild. The result was a necessary lowering of the difficulty level, which led to easier dungeons designed for casual people who don’t even communicate with voice chat.

With the Challenges we therefore want to bring back that gameplay that has been lost, offering feats worthy of the best fighters even in parties of five people.

Learn more about World of Warcraft: Mists of Pandaria

World of Warcraft says no to loneliness: Blizzard plans to merge desolate servers with more populated ones

All together close neighbors.

At 8pm we play World of Warcraft with a great night of Mythic Plus!

In the company of a veteran guild with 11 years of gaming behind them.

At 9:30 pm we play World of Warcraft while admiring a guild of veterans

A live show not to be missed in the company of Wochinimen.

SamaGame: Despite the experience you have accumulated with World of Warcraft, a rather inexplicable phenomenon is once again occurring, namely the absence of content waiting for the release of the next expansion, with people who have now seen everything and no longer know. what to do, sometimes “freezing” the account as well. How is it possible?

John Lagrave: Have you ever run out of petrol?

John Lagrave: Well, that’s the idea. We had a certain roadmap planned, then when it came to evaluating every single aspect of our work we realized that some things were fine as they were while others required additional development. As you know, our mantra is “when it’s ready” and the last thing we want is for people to try our title and think it’s just that good.

SamaGame: So you are telling me that, despite you are now in the fourth expansion, every time there is something wrong and that forces you to delay the release?

Ion Hazzikostas: Designers like me always find things to improve, to change. Obviously sooner or later we have to cut ourselves off and come out with the final product, but this constant refinement process can lead to delays. Another thing is that we don’t have separate teams for expansions. This definitely helps in maintaining consistency and continuity in the game because the kids they are working on Mists of Pandaria they are the same as in Cataclysm; on the other hand, the side effect is that when we are busy with an expansion, we don’t have other people who can carry on the base game.

SamaGame: Couldn’t it be an idea to “revamp” old dungeons that otherwise lie unused? A trip to Ahn’Qiraj, for example, I would gladly do it again and in this way you could grind those factions that are now impossible to bring to Exalted unless you have played since the days of “vanilla”.

John Lagrave: This is something we are already doing, see for example the revamps of Scarlet Monastery or Scholomance.

SamaGame: I meant real raids of 10 or 25 people. You would have a large part of the assets ready and the effort would be reduced, while the raiding guilds would have something to do in the dead periods between expansions. A situation from which everyone would have to gain …

John Lagrave: It’s something we took into consideration but, as Ion told you, the development team is only one, so the time we would dedicate to revamp the dungeons we would take away from the expansion.

Ion Hazzikostas: I also add that the revamp of the new dungeons is less immediate than it seems. If you look at Scholomance, the Scarlet Monastery or the Deadmines, in fact it is as if we had created new dungeons, both from the point of view of the enemies and the settings, weapons and encounters.

SamaGame: The examples you are bringing me are all 5-person instances. So can we say that Blizzard’s focus is to increasingly reduce the size of the parties? First they were 40 players, then 25, 10 and now a great importance to 5 players?

If you think the protagonists of the new expansion are like Kung Fu Panda, get ready to revise your expectations.

Ion Hazzikostas: But no, actually for Mists of Pandaria We are currently working on 18 bosses for raids, so these are always very important to us. It’s that redoing an existing raid is easier said than done, and the mechanics that were fine in 2006 might seem simplistic today, so you should work deeper than it looks. However, that doesn’t mean we won’t do it in the future …

SamaGame: You have accustomed people to standards that are hardly equal to others, I think for example of Star Wars: The Old Republic, which even at its release was better than WoW vanilla. At the same time, however, this backfired with Diablo III, where many players were disappointed not to have a persistent WoW experience. Are you aware that you have definitely changed the rules of the game? And secondly, do you believe that you unwittingly have a responsibility for the reception received by Diablo III?

John Lagrave: (takes a long pause) World of Warcraft is a game that has been entertaining its fans for eight years. Maybe Blizzard should be clearer in terms of what it is offering its fans, like “this is an RTS, this is an action RTS, this is an MMO”. The fact that people want to keep playing your game is perhaps the biggest compliment you can get, but more than that I don’t know what else we should do. We are the WoW team, not Diablo …

Ion Hazzikostas: Undoubtedly the WoW player is used to expecting a certain frequency in the production of new content …

SamaGame: Which is great for you, a little less for the rest of the world, including Blizzard itself!

Who can resist the fascination of flying on a Chinese dragon on a cold night over the Tibetan heights of Kun Lai?

“Diablo III is a great title, you can play it for several hours and then move on to something else – John Lagrave”

John Lagrave: You know, we also play Modern Warfare 3 or other FPS like that. These have been 11 hour experiences and none of us expect to play them for 300 hours. Then, of course, a minority of people who are very good at making themselves heard on the forums may complain, but you also need to be realistic about your expectations. I think of titles like Skyrim or Civilization: there I expected to play it for hundreds of hours, but for other games the longevity is much lower and that’s okay, see for example Portal 2.

I think there are some community members who are a little confused and others who are not and who should explain to them how things are. Diablo III is a great title, you can play it for several hours and then move on to something else.

SamaGame: Are you then saying that there was a lack of information towards the fans, which led them to expect more than what was actually lawful?

John Lagrave: I do not know. I don’t even know if there could be a better solution or if what we’re talking about is really a problem.

SamaGame: When I visited you in Irvine, I found that some of the features you have in WoW such as Looking for Group took up to a year to develop. After eight years of accumulating expertise and know-how, do you think there is someone who can offer an offer like yours on day one? After all, even EA failed with Star Wars: the Old Republic, putting more than $ 200 million on the pot.

John Lagrave: I love video games and would be delighted if another beautiful MMO like World of Warcraft comes along. I’ve played D&D Online, Age of Conan, Warhammer Online, and more – I’ve seen good things and less, but I can’t answer your question. We at Blizzard Entertainment are not the owners of all ideas in this world. We have some good ones but there are a lot of people out there who are just as creative, so we don’t feel untouchable or in a position to control a market. We’re just people who like to play good games, so I hope more will come out in the future.

SamaGame: Playing a Mists of Pandaria I’m realizing how complete World of Warcraft is now. After eight years, how much more is there to say? How long do you think this phenomenon can last?

Ion Hazzikostas: I still believe for a long time. We still have many ideas in the drawer that we have not even been able to include in Mists of Pandaria for a simple matter of resources and which I am sure you will see in the future.

SamaGame: My daughter goes for four years. Can I expect to one day raid WoW with her or do you say I’m asking too much of you?

John Lagrave: (laughs) The ideas we still put aside are more than we can implement so yes, I think you can.

Buy World of Warcraft: Mists of Pandaria from Amazon