SamaGame > Games > Xbox Game Pass – The games flat rate for the Xbox One: Games and costs 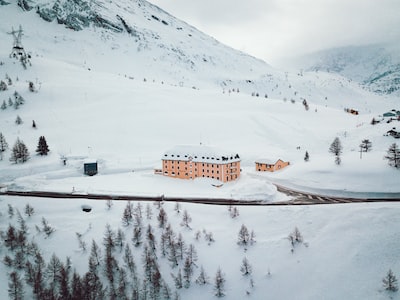 Xbox Game Pass – The games flat rate for the Xbox One: Games and costs

Xbox Game Pass – The games flat rate for the Xbox One: Games and costs

Microsoft’s Game Pass flat rate has been available for the Xbox One for a few days. Basically, the concept is now known from music and film: You don’t get all the music and films that exist in the world on Spotify and Netflix, but you get a constantly changing program, which ensures that you continue to pay for the flat rate subscription want. Game Pass wants to do the same.

What does the Xbox Game Pass cost?

The costs are very simple: you pay a month 9.99 euroshowever you choose to pay for games in the Xbox online store. This can be via voucher, PayPal, credit card and so on.

At the moment there don’t seem to be any discounts for an annual subscription.

There is currently a 14-day test phase in which you can try out the Game Pass at no cost (which is now common with such subscription services).

Where can I buy the Game Pass and do I need Xbox Live Gold?

The Game Pass is currently only available in the Xbox online store and in the Microsoft Store. There are still no direct code cards from Amazon or similar providers.

Which devices does the Game Pass work on?

Only Xbox One is currently supported. There are quite a few 360 games included in the pass, but these run through Xbox One backward compatibility. These games cannot be played on the 360 ​​itself (and neither is it likely that that will change).

Order your Xbox One console free of charge from Amazon.de

Can I keep my achievements and Gamerscore points when the subscription expires?

But yes and sure. Gamerscore and achievements don’t work any differently than if you had borrowed a game from a friend and returned it later. The points stay with you.

How many games are there and how often are new ones coming?

There are currently 109 games to choose from, all of which – provided you have enough storage space – can install and play at the same time as long as your subscription to the Game Pass is active. In addition, new ones should be added every month. How many new ones is currently still uncertain, just as it is unclear how many old ones will then disappear from the current offer.

Which games are included and is the Game Pass currently worth it?

As I said, there are currently 109 games in the list. The full list of the latest games can be found here: All the games included in Xbox Game Pass.

You have to know for yourself whether it is worth it. 10 euros a month is cheap if you have the time for three or four titles or just like to play a series of games and don’t always get stuck with one for a long time. If, on the other hand, you only play one game every two months and are very picky about which one it is, then this may not be the right offer for you.

As far as the games themselves are concerned, you have to be aware that there aren’t a handful of large, current triple A titles on offer and that the bulk consists of indie games and 360 titles. This is not a bad thing per se, as long as the general quality of the compilation is correct and that is largely the case. You have a few very few (relative) rivets like Pumped BMX + with you, but actually every title in the selection is at least solid to very good or even better. It’s just that there isn’t much that is new. Halo 5 stands out a bit lonely, we will see in the next few months whether the field of the “big”, current games fills up a little more.

Here is a selection of the games you should try when using Game Pass:

10 games to play with the Game Pass!

Halo 5: It is the current hook, it is the most up-to-date game and one of the few Xbox One Triple A games in the pass. And a really good shooter too.

D4: Dark Dreams Don’t Die: Weird humor, weird game world, weird guys, it’s Japan that gives you weird things here. The less you know about the game at the start, the better, so just play it.

Gears of War: Ultimate Edition: The game that made the cover shooter great at its best. A good opportunity to either experience it for the first time or to finally see yourself again.

Cameo: One of the Xbox 360 launch games and something like a lost pearl. Rare was a little inspired by Zelda for her action adventure, had many ideas of her own and packed them into a wonderfully colorful game world.

Mad Max: A nice, if far too long-suffering, open-world pleasure. Since you don’t have to think too much about the price here: Load it and enjoy it for as long as it lasts. If that’s an hour, fine, if it lasts longer, all the better.

Saints Row 4: Re-Elected: Certainly not the nicest open world game, but one of the craziest and funniest. Crude humor with solid mechanics and a lot of variety in a game that completely burns the entire series with fun in the joy and without regrets.

Shantae and the Pirate’s Curse: If colors make you happy then this 2D metroidvania will make you cheer. Great playability, fantastic look, adorable game.

Sunset Overdrive: The Xbox hit that should never really be one. Even if he deserved it, because the super colorful mixture of course and open world plays fantastic and is always good for a round.

Tekken Tag Tournament 2: Perhaps the best game in the long Tekken franchise. The tag mechanic gives it a good twist, there are more than enough characters to learn new moves for weeks and it still looks good.

XCOM: Enemy Within: Even if there is already the second part for the One and this one runs over 360 compatibility, for quite a few this is the better part of the two. If you get the mix of strategy and tactics, then you’ll be busy for a long time. Definitely try it out!

If you have any questions about the Game Pass. we will try to answer them. Also: What do you think of the Game Pass? What do you like, what bothers you and do you want to see more of these offers for other platforms?