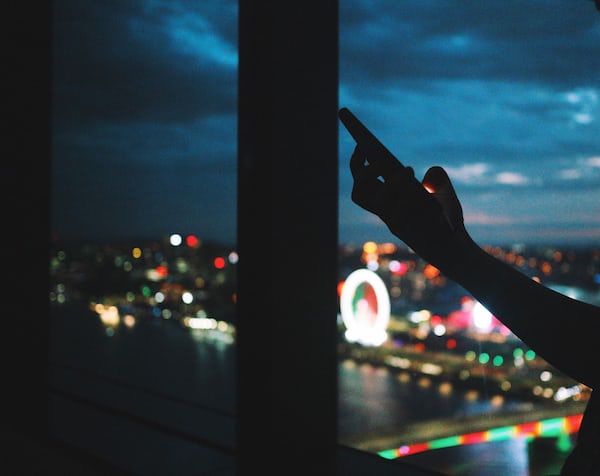 Lawsuits, a few game announcements, a helpful PlayStation mic and just as hot off the press the new Xbox Games with Gold games. You have to read this NachtWacht.

Good day! It is 28 November and that is the day on which a bill was approved in 2000 to legalize euthanasia in the Netherlands. We were the first country in the world to officially determine that suicide is no longer punishable. At least, under certain conditions… Also nice, on November 28, 1964, Mariner 4 was launched, the first spacecraft to fly past Mars. Nice, because now we are learning even more about that special planet thanks to the successful InSight.

All very nice, but it’s time for that N8W8 that reads as if it were a booklet from the Bouquet series. What soap stories!

These are the Games with Gold for December

It is a N8W8 with a golden edge, because it is known which games have been chosen for the Xbox Games with Gold in December. Are you ready? If you have an Xbox One, you can count on QUBE 2 (December 1 – 31) and Never Alone (December 16 – January 15). On Xbox 360 (but compatible with Xbone), we have Dragon Age II (December 1-15) and Mercenaries: Playground of Destruction (December 16-31). And, happy about it?

Yep, Batman: Arkham Collection is in the Xbox Store

It was a rumor, but now it is true: Batman: Arkham Collection has indeed appeared, just as the highly esteemed Marvin already oraked in his Night Watch. In the Microsoft Store you will find the games bundle containing three Rocksteady Arkham titles complete with DLC and “enhanced” for Xbox One for 59.99 euros. Nice bats! No, that’s crazy.

In that same Marvin’s Guard, you could read that Yooka-Laylee celebrated reaching over 1 million players. A great number, but there is always boss above boss. Fortnite, for example, which has just hit 200 million registered players. Yup, you read that right. Epic Games’ battle royale game has 200 million registered players. In June there were only 125 million, so it is going fast. Want even more Fortnite? The Pump Shotgun traveled along with the new update yesterday, plus a new Limited Time Event. Lots of fun!

Je Wacht keeps referring to her colleagues, because Karim had also written a good story this week, namely about the piracy that is going on with Super Smash Bros Ultimate. A bad story for Nintendo, which has already taken various steps to hand out strikes that will ensure that certain popular YouTube channels will have to stop. Dystifyzer has since announced that the channel will close on December 2 and that Nintendo has copyright-striked the channel. A bit sad is that Dystifyzer says he did not want to put the pirated Smash content online, but more “experienced” YouTubers like Crunchii did it and it was said that waiting for the launch day was some kind of death of a channel. No idea how you put that together in your head, but Dystifyzer does it. It seems to have been quite a race between YouTubers, with various channels losing millions of views. For example, BowserZeki writes IGN lost a million views and 200 videos due to his wrong choice. But yes, a new YouTube channel was of course soon started. Pikachu parade gif then?

If something is not right, you want your money back. But yes, with games that is always a bit more complicated. And in the case of the bug-ridden Fallout 76, that’s next to impossible. A law firm in America has now started a lawsuit against Bethesda because her game has so many glitches and the company still refuses to give PC gamers their money back. Is that why Bethesda didn’t want to release the game on Steam, because it would require her to comply with that platform’s money-back rules?

Just before the N8W8 came online, news came that there is a statement on Reddit (?) From Bethesda mentioning the poor communication to players. However, it is not about whether or not to provide financial support for disappointed gamers. Would it be some hedging in response to news of the lawsuit?

It’s not okay that it happened, but a rape case could possibly be solved with a PlayStation microphone that was still on. One gamer thought he heard a microphone open while playing GTA Online and picked up sounds that sounded like someone was saying no and calling for help, and that actions may have been taken in a way that wasn’t exactly voluntary. In any case, it was not legal, because the victim was 15 years old and the suspect 18 years old. In terms of age it is on the edge of course, but it should be clear that no must really be no. Good job from this observant gamer.

COLOPL has announced a new JRPG for the smartphone called Project Babel. The script was written by Kazushige Nojima, known from Final Fantasy VII. You can also expect music from Final Fantasy, as it includes a soundtrack by Hitoshi Sakimoto. The game comes out on iOS and Android. More information is expected on December 15.

The creator of the hilarious animation series Spongebob Squarepants, watched by many adults, passed away on Monday. He was suffering from ALS and was only 57 years old. Rest in peace.

Did you know that the PlayStation 1 was very popular with music lovers? You will find out why in a new episode of DidYouKnowGaming. Interesting!

There will be a game from the second LEGO Movie

Your Guard has a huge soft spot for it, but you probably too: The LEGO Movie. The first was great and there is a second coming, with also a game from TT. That’s good news, because the game from the first movie was cool. The game will appear on PlayStation 4, Xbox One, PC and Nintendo Switch. All this should be released in 2019, no doubt early next year, when the film will also be released. EVERYTHING IS AWESOME X2!

Hopefully your day will also be so awesome, especially after the bouncing ball of news and intrigue in this N8W8. Your Guard does her constantly cackling beak. Have a nice day today!