SamaGame > MIUI > Xiaomi.EU launches MIUI 12 for more than 20 devices: you can already try this custom ROM 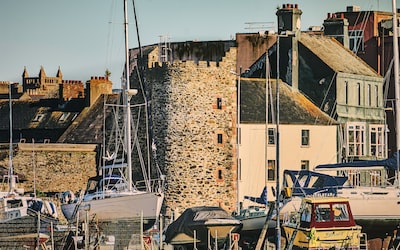 Xiaomi.EU launches MIUI 12 for more than 20 devices: you can already try this custom ROM

Xiaomi.EU launches MIUI 12 for more than 20 devices: you can already try this custom ROM

MIUI 12 has already been officially announced. So, beta is starting to roll out Although, at the moment, only for Xiaomi devices in China. However, there is a community about 10 years of work on translating these ROMs into different languages, Xiaomi.EU.

In this Xiaomi community Modified ROMs released, still based on original Xiaomi ROMs. In other words, on paper we’re using a modified or ‘baked’ ROM, but basically it’s the official ROM itself with various optimizations by outside developers.

As we read in XDA Developers, the Xiaomi.EU team has launched MIUI 12 beta for more than 20 Xiaomi and Redmi devices. As we stated in the first lines, Xiaomi.EU does not offer official ROMs, but ROMs based on official ROMs. In other words, they use the original ROM as the base, they modify it to taste, touching what is necessary and just and publish them on their page.

Installing a Xiaomi.EU ROM is, in short, installing a modification of the original ROM, more optimized and constantly updated via OTA

Specifically, this first version of MIUI 12 comes with all the features of Chinese ROM. Likewise, note that the update rate is spectacularbecause they release ROMs almost every week and is updated via OTA. This means that although we are with a custom ROM we don’t have to flash every time we update the device, we just need to update through OTA.

The process of installing these ROMs is the usual process in this type of systems: you need to unlock bootloader and TWRP flash recoveryTherefore, any damage we may cause to the device is our responsibility. However, if we know how to carry out the process, we will not have any problems of any kind. In addition to being translated into Spanish, these ROMs have different optimizations to perform even better than the originals in terms of performance, functionality and battery.