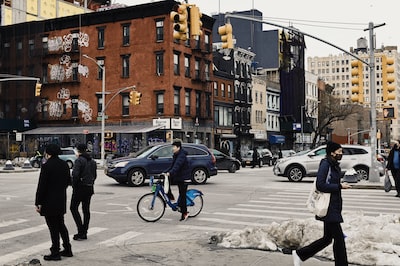 Xiaomi is developing an advanced haptic vibration system for MIUI 12.5

Xiaomi is developing an advanced haptic vibration system for MIUI 12.5

The next version of Xiaomi’s cape is on the way. Its name would be MIUI 12.5, indicating that it will be a broader set of improvements than usual, since they have jumped directly to version 12.5 from the previous one, that of MIUI 11, ignoring the possible existence of a MIUI 12 that surely no longer makes sense to get to the market.

And as part of this presentation, Xiaomi counted several of the improvements that were incorporated into MIUI 12.5 as the arrival of nature-inspired sounds for both notifications and alarm, or as the enhanced privacy options that would be incorporated into the layer. Or as the way to synchronize a Xiaomi mobile and a Windows computer through an app, MIUI +. But it seems that we will have more news still, and these news consist of an improved haptic response system.

Vibration when zooming, copying text or changing the volume

Mobile phones have had haptic feedback for quite some time. This response is what makes the phone’s vibration motor respond when we press a key, or when an app invokes it to improve the sensations for the user. What Xiaomi is trying to do is take them to the next level and it seems that will make this new haptic feedback system sensitive to gestures.

From the development of the future MIUI 12.5, some screenshots that belong specifically to a new option within the phone’s vibration settings. Specifically, a customizable ‘haptic feedback’ that can not only be adjusted in intensity but will also allow three different response patterns to be established, all of them based on the gestures of our mobile phone.

This haptic response from Xiaomi phones with MIUI 12.5 will contain three different patterns (Crisp, Base and Pop) and each of them will be activated based on the gestures that we are carrying out with our device. They will be activated when we copy text on the screen and paste it, when we raise and lower the volume of the phone or when we press an icon for more time in the account to move it between desks or relocate it within the same desktop.

This new haptic response can be deactivated whenever we want simply going to the natural response to the touches on the screen, so its use will be voluntary and we do not know if it will be activated by default or it will be offered to us when configuring the phone. For now it seems that the development of this haptic response is tied to the Chinese MIUI 12.5 ROMs and it will be necessary to see when it will be released to the international ROMs. We’ll be alert.