Yoku’s Island Express – game review. With a pinball on a beautiful island. 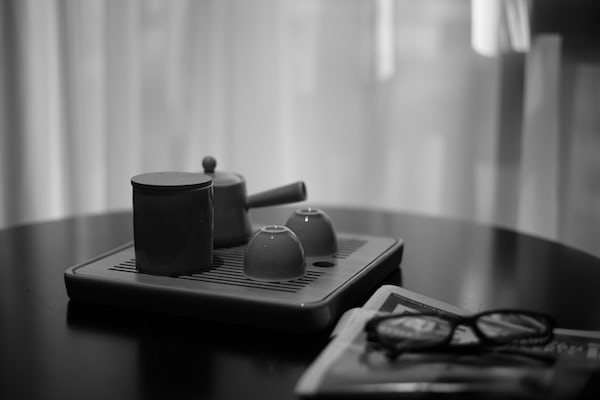 Yoku’s Island Express – game review. With a pinball on a beautiful island.

In my gaming career, I’ve seen all sorts of strange combinations of game genres. FPS from RPG, Souls-like, action games with loot a’la Diablo and other rouge-like stuff with elements of a rhythm game, but I have not seen the combination of Metroidvania with pinball yet. How did this weird mix come out? I invite you to review Yoku’s Island Express.

Yoku’s Island Express is one of those games that sounds unbelievably silly on paper but turns out to be something incredibly successful. How is it possible to combine a typical metroidvania with pinball? But… But how? It turns out that the creators, the Swedish studio Villa Gorilla, had a very interesting idea for their game.

We play the role of Yoku, the titular beetle still rolling his ball, who comes to Mokumana Island to play the role of a new postman. On the spot, it turns out that the mythical creature that supports life on the island was hurt by a terrible beast and it is on our shoulders to save the land from destruction. The plot of the game is not very special, but it effectively drives you to continue having fun and discovering new locations on the island.

The first thing that catches the eye during the game in Yoku’s Island Express is the fabulous graphic design and pleasant sound for the ear. Mokumana Island is simply beautiful, starting from the initial forest-jungle locations, going through more desert / swampy locations, to snow-capped peaks and dark caves. Hand-drawn graphics resembling a painting painted more by the artist looks dazzling and although not everyone may like the specific line and the feeling of “watery” surroundings, it impressed me no less than the graphics of my beloved Ori and the Blind Forest. The music is as nice as the graphics, although no song stays in my memory as in the mentioned Ori. The only thing I could complain about here is the fact that due to the art style used, I often don’t know if the object next to me is part of the background or is on the same plan as Yoku. The same applies to NPCs with whom we can talk, but at least in this case, if we can interact with someone, they are highlighted with a bright border.

And fortunately, because conversations with the NPCs are extremely important in this game. It is the inhabitants of the island that will show us another goal that we must pursue, they will support us with a clue, and even in some cases will order us to perform a task, such as chasing bird-like creatures away from the house or finding fragments of a destroyed statue. The core of the game is to explore the island with our brave beetle, and as Yoku’s Island Express is a flesh and blood metroidvania, initially, access to many lands will be blocked due to the lack of appropriate skills or items. On our way, we will constantly develop Yoku with new features, such as the birthday trumpet (the most sonically irritating item in the game ever), the explosive snail choke and more.

Character development is rewarding and it’s fun to return to previous locations with newly acquired items to see if we can do something new there now. Luckily – in virtually every location of the game there is something new to discover after acquiring a new skill, so it’s worth coming back everywhere.

Okay, so far this sounds like a typical game in its genre, but what about the pinball element mentioned at the outset? Well, I already wrote that Yoku keeps rolling his ball to which he is permanently attached with a rope. Additionally, our protagonist cannot jump, only move left, right and use items. However, this is not a big problem because on the game map, we constantly encounter platforms that blast us into the air by pressing one of the two triggers (just like in a pinball), thanks to which we will get to other locations with a nice, scripted animation of bouncing off elements along the way, but First of all, the Mokumana Island is actually a set of a dozen or so small pinball tables, where the left and right triggers activate the appropriate “table” paddles in order to knock the Yoku into the appropriate corridors, objects or pockets. Don’t be fooled by the visuals, here we have everything a typical pinball table needs: paddles at the bottom of the screen, a hole through which we can fall into the spikes and lose some fruit (local currency), we have holes that throw Yoku elsewhere, we have rails, bumpers, buttons to launch, and sometimes we even play a “multiball” or fight a boss!

All this pinball element is very nicely woven into the main game, we never feel like we suddenly jumped to another game. All the “tables” have a place and a specific task, many of them optional, leading to additional secret passages or areas. The physics of the ball is also quite solid, and we can also help ourselves gently by controlling Yuko inside the tables. The protagonist is reflected satisfactorily inside such a table, of course, as long as we can play pinball. Otherwise, we will be forced to spend too much time trying to get to the right branch.

Just playing pinball can also get boring at some point if you want to visit a part of the map again. Each time we will be forced to go through the same tables, of course with the passages unlocked, and although it does not take much time – it can be irritating, especially when we suddenly start having problems with hitting. It is true that Yoku’s Island Adventure offers a pretty cool fast travel system, but it is unlocked in the later stages of the game and we will not always get exactly where we want it.

Luckily, the Villa Gorilla team was probably aware that their idea might not last long, so the story part of the game ends relatively quickly, after about 7-8 hours, just in time before we get irritated and bored. Yoku is not the story itself, however, the game offers a lot of collectibles to find, missions to complete and letters to be delivered. We can collect the ubiquitous fruit that is the local currency, for which we can buy a larger wallet or a map showing collectibles in a given area from some NPCs. We have a lot of chests to find, hidden creatures, mailboxes to which we have to deliver letters. If we want to max the game, it will be enough for the next few hours.

Yoku’s Island Express is a really successful game in which it’s hard to fault anything. Maybe the map of the island, at best, which is not very helpful. The gameplay lasts for a long time, pinball is satisfying, searching for collectibles and developing the beetle is fun, and the whole thing is presented in beautiful graphics and nice background music. Perhaps it would only be good to slightly remodel the map and improve the fast travel system to make it more convenient and available earlier.