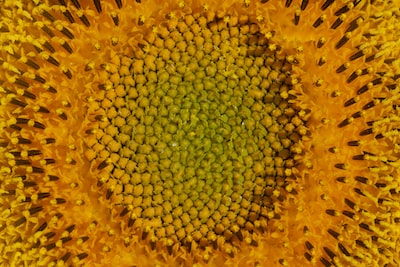 You can now download all MIUI 12 wallpapers including live wallpapers

You can now download all MIUI 12 wallpapers including live wallpapers

Xiaomi officially unveiled MIUI 12, and after the company opened the closed beta to early Chinese mobiles, the applications of the new version of the custom layer are already filtered. Specifically, all MIUI 12 wallpapers are available for download, including dynamic Earth and Mars backgrounds.

At Xiaomi, they celebrate, and twice. On the one hand, the brand is celebrating its tenth anniversary: ​​it is an achievement that has been so successful in such a short time. And on the other hand, Xiaomi yesterday unveiled the latest version of its custom layer for Android mobiles, MIUI 12 (in addition to the Xiaomi Mi 10 Youth Edition, the first to integrate it). After learning everything about MIUI 12, the first users started trying the Chinese ROM, luckily for those of us who want to get our hands on its news: we can already install a pinch thanks to the wallpapers, to both static and dynamic.

Backgrounds inspired by nature and space

With MIUI 12, Xiaomi puts even more emphasis on the incorporation of nature as a source of inspiration for its aesthetic elements. This is especially noticeable in the wallpapers included in the layer: high contrast images taken from the air (similar to what Google does in Pixel), textured round figures (inspired by the backgrounds of Pixel 4), and planes of Mars with brown as the dominant color. It is precisely this planet that has more importance in the backgrounds since Xiaomi took it as a model for its dynamic wallpapers; in addition to the Earth seen from space.

In XDA developers they have made available to all users the full list of MIUI 12 wallpapers, both static and dynamic. If you want some of the latest MIUI version on your phone, now you can get it in the easiest way possible – change the wallpaper. The backgrounds are high quality, varied and in high resolution – you can download them in full from Android File Host.

In the case of live wallpapers, called “cool wallpapers”, the XDA developers have shared them as APK files. They can be used on any Xiaomi with MIUI 11, although its operation is not as attractive as that shown by the brand in the presentation. The process to make them work is as follows:

Wallpapers still do not work on the lock screen neither did they stop by the office shown in the MIUI 12 animations, although it’s a good start: the new wallpapers look great even if the animation is limited (they are also a bit heavy).

Remember that they are only suitable for Xiaomi mobiles with a minimum of MIUI 11.

The wallpapers included below are in zip format. You will need to unzip or extract the packages using the default file manager on your smartphones or PCs. All included wallpapers are in HD or 4K. There are a total of 66 different wallpapers and will blend uniquely with your smartphone. Thanks to the Mi Resource team from the MIUI forums we have these first MIUI 12 firmware update adaptation wallpapers. So you know these are straight from Xiaomi.

Here are some examples added to give you an idea of ​​how the wallpapers are going to be:

The most amazing features of MIUI 12 called Super Wallpapers and Live Wallpapers are now available for download. There are two sets of wallpapers, one is Earth Live and the other is Mars Live.

MIUI 12 Touch Your Dreams And Feel The Truth Poster Wallpaper

Bonus MIUI 12 touch your dreams and feel the truth poster wallpaper is also available for download. Here is a look at some of the awesome MIUI 12 wallpapers for you to download.