The premiere of “The X-Files” in its entirety on July 7 is just the tip of the iceberg: we lived a few weeks where the various streaming platforms are reissuing series that have marked the history of television. Now is a good time to find classics that you missed in the past or revisit those that made you appreciate. That everything in your diet should not be the last of the last.

On the other hand… what did we consider “mythical” here? We recognize that this is a very elastic concept and you will find many of our proposals on this list that do not deserve such qualification. We chose series that are at least a few years old (long enough to know if their success was a passing fad or something truly deserved), which they had an impact in one way or another on the television media (i.e. beyond their acceptance, they had an influence) and of which the quality is beyond doubt.

So stop the contemporary inconstancy. This list is full of mythical truth series. And you can see them today in the wide offer of diffusion At your disposal.

Few series deserve the qualification of mythical in the unique history of Spanish fantasy like “Stories not to sleep” by Chicho Ibáñez Serrador’s, a brief but highly influential collection of suspense and horror stories with “Alfred Hitchcock Presents” as an obvious reference. Despite his meager budgets, his sensational performances (often by the unforgettable Narciso Ibáñez Menta) and his theatrical tone make him a must. There are only 29 episodes, including 4 in color in 1982. 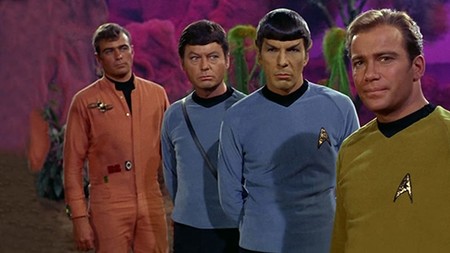 If you want to get on board the Enterprise, there’s nothing like the original “Star Trek” series. Only three seasons which in their day weren’t exactly a bombing, but which time has put one of the world’s most influential science fiction adventures in its rightful place. Everything that made the franchise famous is there, from the conciliatory and far advanced messages of its time to the delicious tone. camp and peaceful adventures. And if you want more, you have the rest of the franchise on Netflix, from “The Next Generation” to the recent and interesting “Discovery”.

For many viewers, the best and most influential sitcom of all time, and for good reason: this ‘about nothing’ series, as it was called – although Jerry Seinfeld and Larry David, its co-creators, to disagree entirely with the phrase they themselves came up with is extremely bold. He broke unwritten gender norms, laughed at the ridiculous story arcs of learning and redemption and it was monstrously relevant thanks to its quartet of protagonists, as close as they are extravagant.

It’s significant that the oldest and arguably most popular pop culture series in history is animation (a part of TV production that unfortunately we couldn’t bring too much to this list, in because of the bad treatment suffered by classic animation on our platforms). But its impact is undeniable: we know their characters as if we lived with them (sometimes even very dark side) and its plots, phrases and subjects (“The Simpsons Predicted It”) have become an inseparable part of our lives. 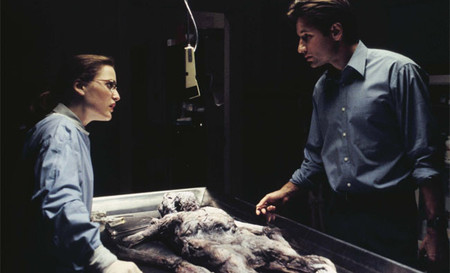 Premium plot sci-fi that marked ’90s television and spanned multiple ways: one season with Robert Patrick replacing David Duchovny which wasn’t bad, a few movies and two very recent seasons that are included in the Amazon proposal. But the nuclear and original series is still the best, with one of the best chemists between opposing protagonists never seen on television, and a structure halfway between the supernatural soap opera and the monster of the week absolutely addicting. 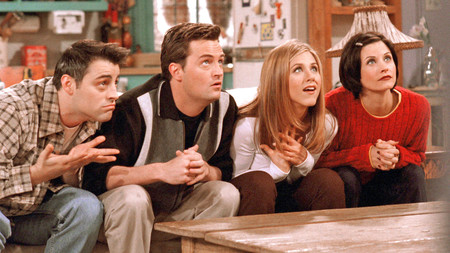 Perhaps, in a sense, the bright reverse of the devastating ‘Seinfeld’: a sitcom that met all the rules of the style book of the genre and that, Thanks to this, it has become one of the most famous productions of all time.. Its fans continue to number in the millions, and its episodes are quoted and revisited over and over again, to the point of having sparked interest in a millionaire reunion among the characters who for a decade fascinated viewers around the world.

Of all the series that symbolize the take-off of HBO’s consideration as the genesis of the new golden age of television (although some good series, for a sophisticated audience with adult-only content, have been made since … well , since forever), perhaps two brilliants of the same magnitude: the sensational and complex “The Wire” and “The Soprano”. This story, not without irony and tenderness, of a gangster from New Jersey who begins to receive professional help when his stressful job causes him anxiety attacks, opens a new era, if not in the creation of the series, yes to reception of the public. An authentic and unmistakable modern classic 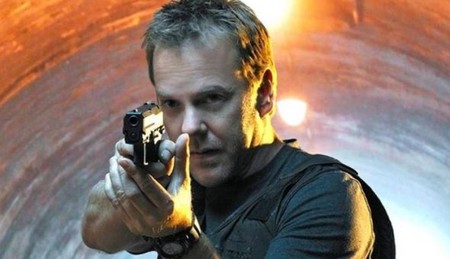 Without much fanfare, this series reached Netflix which marked television drama with its swift and wonderfully implausible concept of showing the action in real time. Each season has 24 episodes and show a horrible day at work, a normal Thursday for Jack Bauer (Kiefer Sutherland), an FBI agent specializing in the fight against terrorism that it will be overwhelmed by presidential kidnappings, chemical weapons plots, cyber attacks and many other threats against the free world. Netflix’s Season Series includes Most Recent, Much Newer, and Least Viewed. 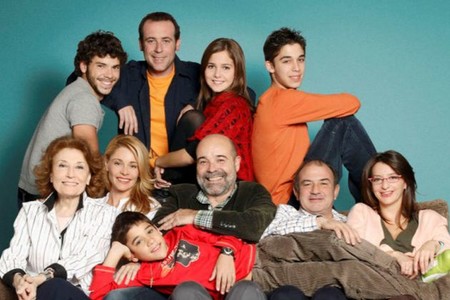 Laugh if you will, but “Los Serrano” and its monumental success are part of the history of fiction in Spanish, and a Sometimes delusional fresco of what Spanish society was like at the peaceful start of the 21st century. The dynamics of Antonio Resines and Jesús Bonilla, completely transcending their roles and letting their true personalities permeate the characters, is already part of the history of Spain. And if you want more, Amazon offers classic Spanish series to stop a train: “Verano azul”, “Un paso Adelante”, “7 lifes” or “Cuéntame”, among others.

Award-winning and outstanding “serious” science fiction series that was ahead of the treatment the genre is receiving on television today. It is based on a hilarious (and very famous in Spain at the time) series from the 70s which unfortunately is not available in diffusion, and recounts the confrontation in the colonies of a distant galaxy between humans and a race of rebellious androids called Cylons. After a devastating attack from the latter, the human population is wiped out and the Battlestar Galactica is the only surviving warship. 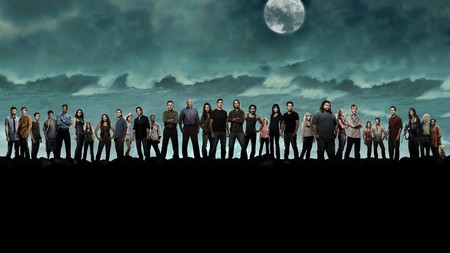 You might like it more or less, but it’s fair to admit that “Lost” changed everything. It transformed the way viewers confronted the series and how we commented on the internet episode by episode. Something not particularly new because soap operas and which performed with suspense have always been, but “Lost” has turned into a weekly event by pairing up millions of viewers across the network in a way that only events such as “Game” repeated later. of thrones ”. Its story of a group of people trapped on an island did not end in the best way, but its successes are mythical and undeniable. 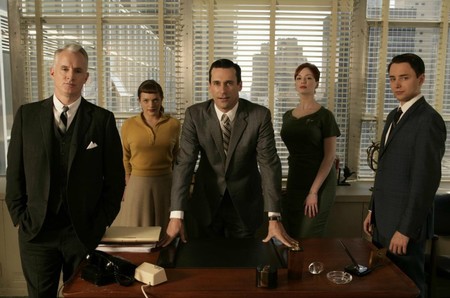 Recent but already in the category of modern classic well deserved thanks to its extraordinary quality: it tells the adventures of the womanizer Don Draper (Jon Hamm), creative spirit of a New York advertising agency. But in reality, the series rather offers an extraordinary portrait of social customs and, above all, the dynamics between men and women in the United States of the 1960s and 1970s. An extraordinary fiction for the portrait of a world which sometimes seems false.

Perhaps the most recent series that gained the “Mythical” rating, perhaps because it was winning according to its stunned viewers. they realized that they were not witnessing the adventures of an anti-hero but the devastating genesis of a villain. Bryan Cranston has won four Emmy Awards for his impressive lineup of a chemistry professor who decides to start billing and dispensing drugs when he finds out he has cancer, and his impact has been so great as any previous series. often seems outdated to us.

How long has it been since you changed the oil on your blog?

Retroanalysis of Spider-man the Videogame, the Forgotten from 1991 SEGA beat ’em up on the famous Marvel climber

Thunderbolt 4.0 is official: 40 Gb / s and full support for USB4, this is what the new Intel standard offers

Sony has its prototype electric car, the Vision-S, ready to test it on public roads: it will be its baptism of fire