2020 was to be the year of the electric car. For years we have seen institutions and car manufacturers make their promises with the year 2020 still on the horizon. Well, 2020 is here and that’s what we have.

It is no coincidence that 2020 has been marked on the calendar by car manufacturers. Everything arises for the already famous regulation of 95 g / km of CO2. From that same year (as we already explain in detail here), the average CO2 emissions of models sold by the same manufacturer will not be able to exceed 95 g / km, with a few exceptions which will gradually disappear until 2023. If this emission limit is exceeded by some brands, it will face millions of fines from the European Union.

2020 is also the year in which the European Union’s climate and energy package of measures must be met, the famous 20-20-20 objectives: 20% reduction in greenhouse gas emissions (for example compared to 1990 levels), 20% renewable energy compared to primary energy consumption and 20% improvement in energy efficiency. Of course electric mobility is essential to achieve these goals.

Forecasts: when being optimistic “becomes free”

Both public institutions and car manufacturers they were optimistic when forecasting sales of electric cars. Especially in the case of the former, who have always lived far from the reality of the market. Some of you may remember when in 2010 the government intended to sell 250,000 electric cars sold in 2014, for its part, the European Union spoke of Spain having 2.5 million electric cars on the road in 2020.

As you know, these predictions not only did not come true, but turned out to be truly utopian. The actual figures are a far cry from the predictions of yesteryear: Spain had barely sold 3,600 electric cars (including plug-in hybrids) by the end of 2014 and, to date, it is estimated that there are just over 60,000 in our roads.

As for the forecast for 2030, it all depends on who you ask: the executive wants Spain to have 5 million electric cars in circulation by 2030, while the employers’ association of manufacturers reduces this figure to 2.5 million. By 2040, according to forecasts, only combustion cars will be sold.

At the same time, for this year 2020, the objective of the AEDIVE (Professional Association for the Development and Promotion of Electric Mobility) is to register 60,000 new electric vehicles. Something that, with the consequences of the pandemic, seems difficult.

(Almost) all brands already have an electric car in their range

What has been achieved is that practically all brands already have an electric car in their range. Some with more ambitious bets, others on the contrary with more modest or simple procedures, the reality is that the supply of electric cars has increased considerably and this is the first step to increase sales.

In 2010, 6 fully electric car models were barely sold in Spain. These cars they left a lot to be desired in terms of autonomy and constructive qualities, which means that in practice they are not a real alternative to combustion.

In 2020, this situation has changed dramatically. Today, it is difficult to know how many electric models are on the market, but they are not exactly few in number. Among the few brands that do not yet have an electric car on the market, there is hardly any Toyota, which continues with its firm (and for now sure) bet on hybrid engines. While it is true that in no case has it closed the door and has not already announced an electric car through its premium sister, Lexus.

But increasing the variety of models, even if it comes at a cost, is not something complicated for brands. The complicated thing is offer them at a competitive price.

We’ve been talking for years about the deep promise that the price of electric cars equals the price of combustion. And the truth is, it doesn’t look like that will happen in the short term. Or maybe never.

Fortunately, more affordable models are appearing, such as the SEAT Mii Electric, which has become the cheapest electric car on the Spanish market. Now, with public help, you can take it home for less than 15,000 euros.

In any case, if we talk about the purchase price, electric cars they still have a noticeable bonus compared to combustion. It is a lot different to do the math considering the useful life of the vehicle, when, due to the low cost of home charging, the numbers start to come out. 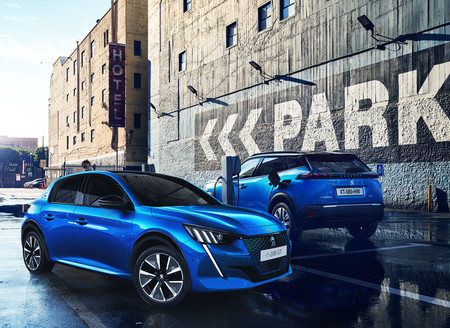 We have progressed in autonomy, but there is still a little

The dream of traveling in an electric car is closer than ever today. After years with a range of vehicles that could not go far beyond the urban and peri-urban environment, finally there are models on the market with which to travel is starting to be a reality.

A separate mention deserves the undeniable progress which led to the arrival of the WLTP cycle. Many of you will remember the optimistic NEDC cycle, which announced electric cars with 210 kilometers of range when they were barely 150-160 and others with 400 kilometers of range when they hopefully le, made 300 under favorable conditions. Now, autonomy figures are much more reliable, although it is important to specify that they can vary according to the outside temperature and that the speeds on the motorway increase considerably.

Although not a model designed for travel, the clearest example of the evolution of the autonomy of the electric car that we have in the Renault ZOE. It entered the market in 2013 with 22 kWh of battery and 210 kilometers of range approved in the NEDC cycle, or around 160 in the WLTP cycle. Today you can share a Renault ZOE with 52 kWh of battery and 390 kilometers of WLTP range. In 7 years, the updated version has almost 150% more autonomy.

But, as we said before, traveling in comfort in an electric car doesn’t suit every budget. The most autonomous models on the market are premium (or have a premium price) and are not accessible to anyone. Among the 14 electric cars with more range, only the Hyundai Kona, the KIA e-Niro and the KIA e-Soul in their 64 kWh versions (with 449, 455 and 452 kilometers of range respectively) have a price that starts from 40,000 euros. From there, the next cheapest is the Tesla Model 3 Grande Autonomie (560 kilometers), which goes up to 58,700 euros.

Technologically the barrier of autonomy has already been crossed. However, to travel comfortably in an electric car, you not only need to have a reasonable range, but also a charging infrastructure that allows it. And there is still a long way to go here.

It doesn’t all depend on the manufacturers: the charging infrastructure must improve

Travel in an electric car in complete freedom and without worries one of the big broken promises of the sector. The current ranges are far more than sufficient to cover the daily needs of most of the population, but if we want electric cars to become the first (and even the only) domestic car, an extensive and reliable fast charging infrastructure covering the main highways and expressways of the country.

2020 has been set on several occasions as the key date by which Spain will have a fast and reliable charging infrastructure, located at strategic points along the main highways and motorways of the country. In that sense, it cannot be denied that we have made a lot of progress. The number of quick charge points has increased significantly. The battle to position itself as a reference charging supplier is served. Large companies like Endesa and Iberdrola are making significant investments and others like Repsol are diversifying their activities towards electric mobility. New agents have also appeared, such as EasyCharger, Wenea and Ionity (a consortium between BMW, Daimler, Ford and the Volkswagen group).

However, and Although it is starting to be a mesh charging network, it is still wavering. It’s not uncommon to run into issues while recharging, and most locations still have a single 50kW power point. But it is also that, if one wants to travel in an electric car with guarantees, fast recharging (about 50 kW) must evolve towards ultra fast recharging (up to 150 kW) and ultra fast recharging (up to to 350 kW), always counting on that the capacity of the cars will also be. At present, only ionity points and some of Repsol and Iberdrola exceed 50 kW. In addition, each location should have multiple outlets to increase availability and avoid queues. 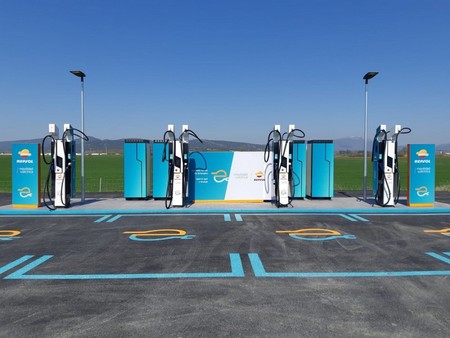 As always, in this case Tesla is the exceptionIt has been offering long distance trips in Europe for years thanks to its network of Superchargers. Previously, these trips were only suitable for owners of cars with purchase prices close to 6 digits (S and X models), but since the arrival of the Model 3 they have become “popular” (although it s is a car that starts from around 50,000 euros, a little less with state aid).

As if that weren’t enough, the bureaucratic hurdles Spain suffers from are not helping the deployment of the freight network as quickly as it should. Although this, a priori, should be resolved with the latest published royal decree.

In summary, we can say that industry, public institutions and society in general we were optimistic with the electric car and the 2020 horizon. If we look back 10 years, it is undeniable that we have come a long way. However, being critical, there is still a long way to go. There is no doubt that the future of the automotive industry is electric. Will 2025 be the year of the electric car? Or 2030?

In Xataka | The 14 cheapest and most self-driving electric cars that can already be bought | Is the electric car worth it? Here is a calculator to check it

Doom Eternal: Dance with the demons!

Iron Man VR hasn’t garnered a lot of interest, but things changed a lot after trying their demo