Power is not the only objective of a gaming laptop, being the comfort for its transport another basic characteristic in a team designed to play games anywhere. This is the trump card of the new Gigabyte Aorus 15G, a laptop that maintains the mechanical keyboard characteristic of a computer for gaming but being more contained in weight and thickness than other similar equipment.

The Aorus series seeks to be of interest to professional players who need to take their equipment, seeking that this does not mean giving up the necessary power or that the dimensions of the laptop are too exaggerated. In this way, with a 15.6-inch screen, tenth generation Intel Core i9 processors and NVIDIA RTX 2080 SUPER graphics, the Aorus 15G reaches the Spanish market directly for gamers who do not want a team of more than 2.2 kilograms.

More similar to the Gigabyte Aero 15 YB than the Gigabyte Aero 15 OLED XB, the new Aorus 15 also integrates a 15.6-inch matte IPS screen with FullHD resolution and refresh rate up to 240 Hz, also having quite thin side and upper frames (not so much the lower one, with the brand’s logo).

From what the brand takes heart is having managed to fit in a mechanical keyboard at half the thickness and weight of other laptops with this type of keyboard. Thus, keeping the dimensions of its predecessor the Aorus 15, a keyboard is integrated whose refresh rate is, according to the brand, 20% faster than that of standard laptop keyboards.

Processors and graphics that also give game

The Aero 15G is an update of the Aorus 15, both in design and in the components that we have already mentioned. There are different configurations depending on whether you prefer a processor of the tenth generation of Intel of the i9 or i7-H series, being able to integrate up to 64 GB RAM and going with NVIDIA graphics up to the RTX 2080 SUPER series.

To alleviate a bit the heat that all these components emit when operating, especially at full capacity, the maca relies on Windforce Infinity cooling technology. And speaking of the battery, it is a 94 Wh lithium battery and the figure given by Gigabyte is 8 hours duration. 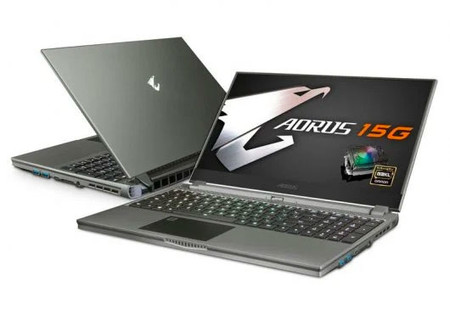 Speaking of the mechanical keyboard that it integrates, almost the protagonist of this team, the switches are from OMRON and have an actuation point of 1.6 millimeters, which according to them are 20% faster than typical laptop keyboards. And to test its performance, Gigabyte offers a free trial of Xbox Game Pass for one month, thus spicing up the claim of its entire Aorus series.

For now, we can find the Gigabyte Aourus 15G already in PcComponentes, although not all models are already available: 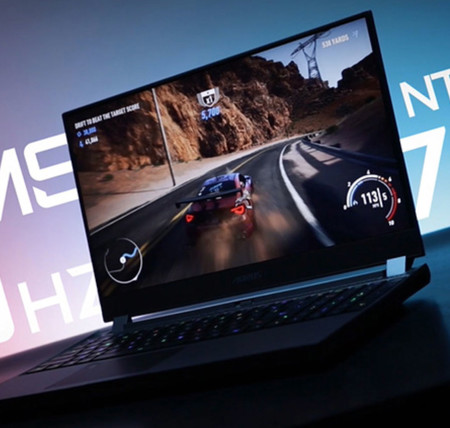 As indicated on the official website, they will also be available in other online stores such as Amazon and Mediamarkt throughout this month. If we know more details about availability, we will update you as soon as we have the information.