A group of researchers claim to have discovered the camouflage mechanisms in abyssal fish that reflect less than 0.5% of light, an amount that even prevents them from being photographed under normal conditions. The size and shape of its melanosomes have been studied, which are specialized to work in a very special way.

To carry out this study, “ultra-black” fish found in several expeditions in Monterey Bay and the Gulf of Mexico were caught using trawls and a remote controlled submarine to catch these fish more than a kilometer deep.

A curious camouflage that absorbs almost 100% of the light

New research claims to have found that at least 16 species of deep-sea fish reflect less than 0.5% of light. The important thing about this study is that this is the first data on exactly how the skin of deep-sea fish works, offering relevant data on how they manage to obtain these camouflage mechanisms.

Teslagrad 2 is announced by Rain Games, the creators of the first installment

Karen J. Osborn, one of the authors of the research, comments that she became interested in this phenomenon after trying to photograph some of these ultra-black fish without success. He could not take pictures even with professional equipment, because the fish has absorbed all the light. Specifically, some species were able to absorb up to 99.96% of light, a figure similar to that of Vantablack, one of the darkest materials in the world. 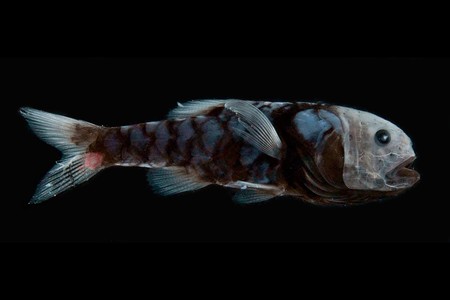 To find out how fish skin was able to become ultra-black, a score that is only achieved when less than 0.5% of light is reflected, they took samples of nine species to be analyzed under a microscope. As in other animals, fish pigment their skin with melanin, a natural pigment whose function is to protect the skin from the effects of ultraviolet rays. Without going any further, this is one of the reasons why we sunbathe in the summer. Melanin is stored in small compartments called melanosomes.

In deep-sea fish, these melanosomes are specialized, its shape is unique compared to common fish. In addition, these melanosomes are very close to the skin of ultra-black fish, enveloping them in a continuous sheet without gaps that reaches minimize light reflection. Thus, these fish manage to create an almost perfect trap to absorb light, which penetrates the layer and disappears.

The man who plays the soundtrack of prehistory | Culture

Sky will disable the Sky TV Box on September 29: it can’t even be used to watch YouTube on TV |

Watchmen will have a new Rorschach character-driven comic sequel |

Articles | Overview of disintegration. Life is my gaze |