With a few exceptions, some forced, Android phones come preinstalled with a good number of Google apps and services. Fortunately, it is possible use an Android mobile without anything from GoogleAlthough the process requires several steps.

If for some reason you prefer that your Android mobile has nothing from GoogleHere we will show you the steps you need to take, from any terminal you already have at home that comes with these services preinstalled.

Before embarking on the crusade to remove Google from your mobile, don’t forget to remove all Google apps and services from an Android mobile. will not make it work properly. Some apps won’t work or show errors, you might lose notifications and have difficulty doing basic tasks like getting your location.

While everything we say next is reversible, going back will involve reset the phone, reinstall its firmware or undo all uninstalls and deactivations manually in a process that will take a long time.

How to know if they are spying on my Android phone

If your mobile contains the contacts stored in Google, it is strongly recommended to make a backup or export to be able to re-import them later. In the Google contacts app, this is done from the Settings> Export, which will create a VCF file.

Later, you can use this VCF file to recover the contacts, which will be saved in phone memory or SIM, as you prefer, instead of doing it in the Google account. If you weren’t using Google Contacts, you can skip this step.

If you want to remove Google from your mobile, the most important step is delete any google account which is saved on the phone. To do this, you need to go to the Android settings, enter the section Accounts, tap the account you want to delete and finally tap Delete account. 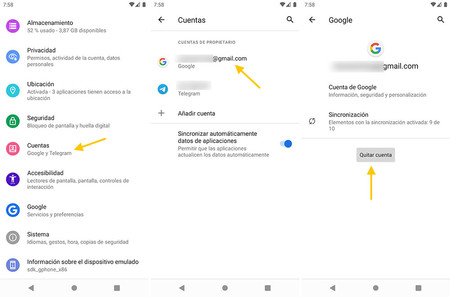 This will drastically prevent many Google services from working and, most importantly, data from being associated with your Google Account, although Google services will remain active and many applications preinstalled at home.

Deleting the Google account is the first step, but they will remain many google apps on the mobile. These are divided into two groups: those that were installed later and those supplied with the mobile.

Apps that were then installed from Google Play or any other source can be uninstalled without further delay, while preinstalled apps you can only deactivate them. To do this, long press the app until a floating menu opens. On it, press Application Data then press Deactivate. 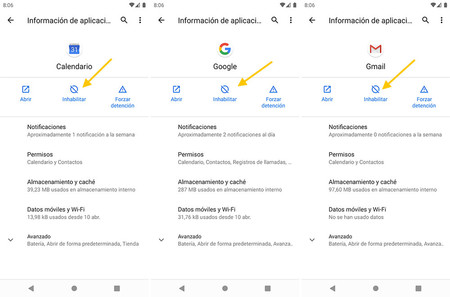 Almost all preinstalled Google apps can be disabled, although some, like contacts, phone, or messages, does not show you the option to disable them. It is still possible to do this, although it is more complicated.

4. Use ADB to uninstall the rest of the apps

For apps that resist deactivation, you will need to connect the mobile to a PC using ADB. This method will help you uninstall system applications including Google services.

Once you have configured the connection via ADB, you need to know the name of the package you want to uninstall. To see the list of all installed applications on the mobile at that time you can use the command adb shell pm list packages. 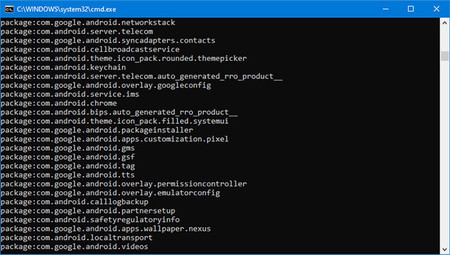 After uninstalling and deactivating Google apps, many Google apps are still installed

In the list, you will see that the mobile has an infinite number of Google applications (those that start with “com.google”). If you really don’t want any Google traces on your mobile, religiously note everyone’s name to be able to uninstall them. The name of each package appears just after the text package:

How to reinstall missing apps from Google Play Store

I will not lie to you, it will be a long process because there are many google apps. Perhaps the most important is com.google.android.gms, which are Google services. If you uninstall Google services, you can consider your mobile as resistant to Google. You will notice this because in the Android accounts section, the option to add a Google account will not appear. 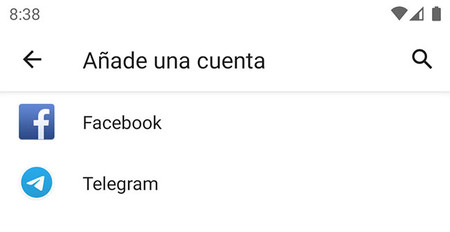 After uninstalling Google services, the option to add a Google account to mobile disappears

With this you remove Google from your mobile, although you are not replacing it with any alternative. This will assume that some apps will stop working When you need Google services and other mobile functions, they will not be available until you find applications that cover their function.

Removing Google from Android is easy. Find alternatives to your apps, not so much

Following the example above, if you uninstall the Google Messaging app, you will not be able to see SMS messages on your mobile until you install another SMS app. This is precisely the biggest problem with removing Google from Android: find alternatives to your applications which, moreover, work without Google services.

Huawei's mobile services are not yet replacing those of Google, but they are getting closer: this is how they are currently used

Alternative: install a ROM without Google 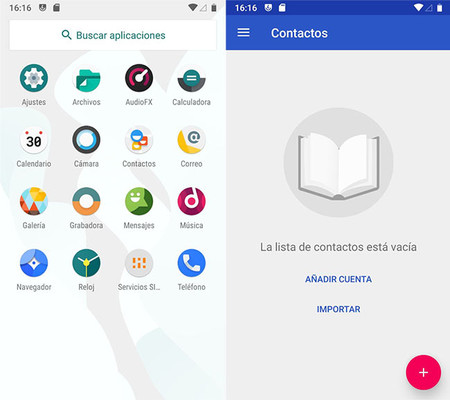 A mobile with Lineage without GAPPS. Fully functional without Google services

Removing all of Google from an Android mobile that comes with all the preinstalled services is a long process and leaves the system a bit unstable. A better alternative is install a ROM that does not bring Google services like LineageOS, Replicant or many others.

Installing a ROM is also a complex and complicated process, With lots of moving parts like bootloaders, recovery mode, kernels, and company, but if you have some experience with it, the XDA forums are a good place to start to find available ROMs for your mobile. .

Home controls, notification conversations, and credentials API will not be required on Android 11

The advantage of using a ROM without Google instead of removing Google from a mobile that already brings it is that you will generally have fewer errors and all the basic applications to use the system, sometimes with alternatives to pre-installed Google services, like MicroG.

OnePlus recovers the north with the OnePlus North: their phones are too expensive

Guide to the standard VESA TV Monitor: what they are, types, and how to tell if my TV or monitor is compatible

New Horizons has succeeded, it is already so far from Earth that it sees the stars differently from how we see them