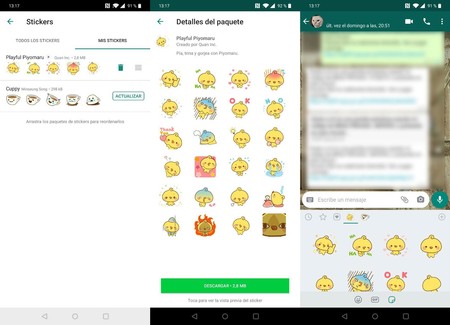 One of the latest news from WhatsApp has just appeared: all beta users can not only see the animated stickers of the application, but also they have at their disposal the first pack of stickers from the catalog. ‘Playful Piyomaru’ presents this type of content on the go.

After months of rumors, after the introduction in the application at the development level and after the reproduction started to appear for some users, WhatsApp has just activated those who have the beta of download and delivery of animated stickers. You just need to have the latest version tested, go to the sticker shop and download the first moving pack, that of the Piyomaru bird.

The novelty has reached the beta version of WhatsApp for Android and there is nothing to do to get it: just by updating to the latest version, you can access the download of the first animated stickers. These stickers feature Piyomaru, a pretty yellow Japanese bird developed by Quan inc. for different social messaging platforms, including Facebook. This is why it makes sense that now it lands on WhatsApp, it is not in vain that the application offers other packs of Facebook stickers.

Piyomaru’s animated stickers can be downloaded from the WhatsApp sticker library. For that: 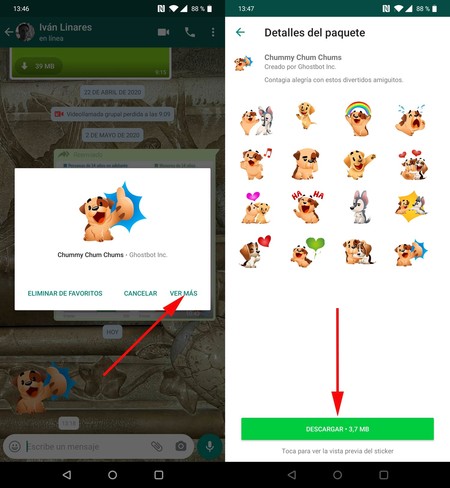 Once you’ve added the Piyomaru stickers, you can send them to any contact via chats. This, yes, you will only see the animation if you also have one of the last beta. In addition, and each time they send you other stickers apart from those of Piyomaru, you can add them to your collection by clicking on the sticker, by clicking on ‘See more’ and, finally, on ‘Download ‘.

WhatsApp activated the first animated stickers; and it will be released more as the trading system gets stronger, also can be downloaded from Google Play. While it reaches the stable version, you can download the beta version from the Android store or install the APK of Apk Mirror.

Marvel’s Avengers Hides Important Secret Mission In Beta, Here’s How To Find It

Marvel’s Avengers Beta Confirms My Suspicions: Fantastic As An Adventure Game, Uncomfortable In Game As A Service

Download Apex Legends – How to install the game for free on PC, PS4 and Xbox One

How to control the download and installation of new versions of iOS in iOS 13.6

More details on Starlink are revealed: here are the antennas for customers and this is how the private beta works

This is what we know about Pegasus, the controversial Israeli spy software used against Catalan politicians and denounced by WhatsApp

The public beta version of iOS 14 for iPhone is now available, how to download it

The public beta version of iPadOS 14 is now available, so you can install it

WhatsApp, we are in the middle of 2020 and these are the functions that we still miss

JioChat: we tested the WhatsApp clone Made in India

Beta 2 of iOS 14: these are all the changes found so far

How to activate RCS messages: “SMS WhatsApp” from Google on your mobile