SamaGame > Apple > Apple asks Foxconn to move some of its production of some MacBook and iPad from China to Vietnam, according to Reuters 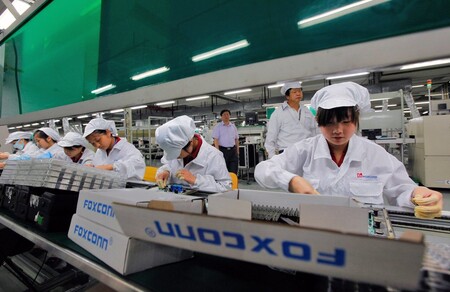 Apple asks Foxconn to move some of its production of some MacBook and iPad from China to Vietnam, according to Reuters

Apple has asked Foxconn to shift part of its production of some iPad and MacBook models from China to Vietnam to lessen the impact of the tension between the United States and China. As reported by Reuters, the movement seeks to diversify production after the trade war.

Apple has long been looking for a way to diversify the location of its supply chains. Apple already has assembly lines in Vietnam and now we see how the company wants to strengthen them. In the foreground, the trade war between the United States and China remains responsible for this decision, but in the course of the recent pandemic we see that a geographically diversified manufacturing structure is interesting in many more ways.

Foxconn is building assembly lines for Apple’s iPad and MacBook at its plant in Vietnam’s northeastern Bac Giang province, set to move in the first half of 2021, a certain person said, declining to be identified due to the plan’s secrecy. .

The lines will also take some production from China, the person said, without explaining how much production would change.

“The move was requested by Apple,” the person said. “He wants to diversify production after the trade war.”

At the same time Apple is also expanding the production of the iPhone in Vietnam, although some providers are still in the testing and approval period.

Vietnam is fast becoming a major manufacturing and assembly point for many tech companies. Samsung itself already produces half of its phones in the country and it is an address that seems to be on the rise. Along with this, some Apple suppliers are also expanding their presence in India, although for now in a somewhat more timid way.