We’ve long been hearing rumors of the arrival of an iPad Pro and a MacBook Pro with a mini-LED display. Now we have more guidance, since Apple reportedly strengthened its supply chain with two startups ready to produce components for this type of panels. 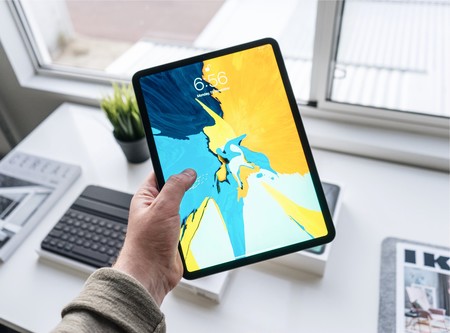 As DigiTimes reports, two companies that had previously worked for Apple have re-entered the supply chain to manufacture components for future mini-LEDs. The companies in question are Zhen Ding Technology and Flexium Interconnect, both from Taiwan, which will be in charge of manufacturing the printed circuits for the mini-LED screens.

Movistar releases in June 2020: all new series, films and documentaries

These two new manufacturers would compete with their South Korean counterpart, Young Poong Electronics, in the manufacture of these components. According to information provided by DigiTimes, the two Taiwan-based companies enjoys higher manufacturing process and production capacity, competition can therefore be important.

The two companies are expected to start shipping small volumes of LED backlit mini modules in Q4 2020 to support the launch of the new iPad Pro in Q1 2021, sources said. Since these modules are likely to become standard specifications for various new iPads and MacBooks, Zhen Ding and Flexium can ensure cost-effective new output for their flexible dashboards, the sources said.

According to the latest rumors, we could see the arrival of the iPad Pro with a mini-LED display and 5G connectivity, throughout 2021. A device that some analysts say should have arrived this fall, but will be delayed. due to manufacturing break-in in March and April. As to the exact date of your arrival, DigiTimes maintains that we would see the device in the first half, while the L0vetodream filter advocates the second half.

parallel Apple appears to be working on a 14-inch MacBook Pro, with styling very similar to the current 16 ”MacBook Pro to replace the current Model 13 and with a mini-LED display. This information comes to us from Ming-Chi Kuo, although the details are much less clear than in the iPad Case, and its arrival is expected from 2022.

The renovation of the 16-inch MacBook Pro, which Mark Gurman places between October and November of this year, probably does not include the switch to a mini LED screen which would be parked until 2021.

Some Apple engineers discuss the new features of the Apple Pencil on iPadOS 14 in an interview.

Lately, with the large number of leaks, reports and rumors, we are finding that there is conflicting information on time, products, launches, etc. What it looks like we can be sure of is that sooner or later mini-LED technology will come along and bring about a profound change in display technology. For the rest of the details, for now, we’ll wait.

The mega-guide to series premiering in summer 2020