The AirPods Pro have a function related to their active noise cancellation: an ambient sound mode (in English they call it Transparency mode) this allows we can hear what is going on around us even by listening to music. The idea is that we can be vigilant when using near traffic or in urban areas where we need to be careful listening to music and avoiding our surroundings.

But this function must be activated voluntarily by the user, and if he does not do it, he is isolated from all surrounding sound. Therefore, Apple is considering a way in which the AirPods themselves are the ones that determine whether a sound is important to the user, to automatically turn off noise isolation and alert you.

Everything we know about the iPhone 12 Pro

If a car arrives, notify the user 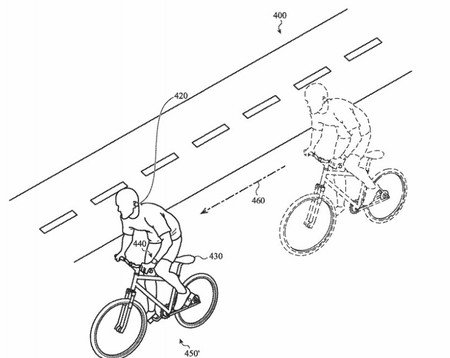 The trace of this function was guessed in a recently released Apple patent that they located in AppleInsider. It would detect what the user would do (walk, run, cycle on a road) and the AirPods themselves they would adjust the sound according to the situation. If, for example, you are driving on a road, active cancellation would be deactivated so that you could hear the cars coming and so you could anticipate their passage. In some situations, even the music would stop completely.

The system would be able to determine if you are driving or are just a passenger in a car, or if you are exercising at home with headphones. Every situation has its requirements, so that if, for example, your house bell rings, the headphones themselves detect it and regulate the sound.

Apple releases beta of iOS 14.2 and other systems, skipping version to avoid iPhone 12 “leaks”, this is the news

Automatic “Switch” and spatial sound: AirPods gain in whole with these improvements

This could perfectly well be an improvement to the cancellation or regulation of ambient sound in a future AirPods firmware update, or something dedicated to future models more capable of headphones. Recall that Apple plans to launch several other models of its headphones, including those with headband, with which these functions would further differentiate them from the competition.

MIUI 12: all the news from the Xiaomi personalization layer and which phones will receive the update

Destiny 2’s major new expansion, Beyond Light, arrives in September and two more are announced. There will be no Destiny 3

Semi-annual deals in the PlayStation Store: Control for 19.99 euros, Red Dead 2 and more