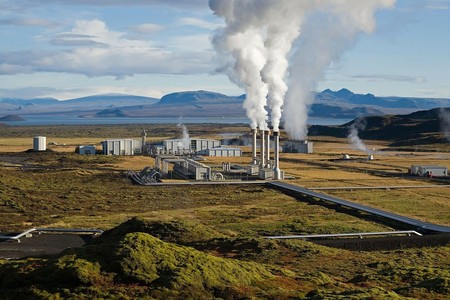 Morning, seven of 15 coal-fired power plants still operational in Spain will close. A year and a half after the closure of the last mines, Naturgy, Endesa, Viesgo and Iberdrola will close half of the factories that still exist on Spanish soil so as not to undertake the environmental improvements they need in Europe. We cannot say that this is a surprise: some of these plants have been without electricity for months. And it is that, in these circumstances, coal is not profitable.

The surprising thing is that, while countries like Germany have just hooked up an additional 1.1 GW of coal to their electricity systems, Spain becomes one of the fastest decarbonizing European countries. Just a few years ago, in 2018, 15% of all energy consumed came directly from coal: in May, these plants produced only 1.4% of the country’s electricity. In fact, the

Coal falls under its own weight in Spain

Meirama (in La Coruña), Narcea (in Asturias), Andorra (in Teruel) La Robla and Compostille (in León), Puente Nuevo (in Cordoba) and Velilla (in Palencia) will be the plants which, from June 30, they will disconnect from the network. Together 4,630 megawatts total. In other words, they do not reach half of the cumulative coal capacity installed in the country, but it is very close.

They are not the only ones. There are four other factories (Lada, As Pontes, Los Barrios and Litoral in Almería) which have already asked the government to close their facilities. This is by 2021 or 2022, if we refer to current rates, an additional 3,092 megawatts will exit the system. There are only four coal-fired power plants left in Spain, but as we have explained on several occasions, their future does not look particularly good. It would not be unusual to reach 2025 with everything closed.

It is thus confirmed that the Spanish bet that there was no need to set an expiration date for coal and that it would be the market that would withdraw it from the country. The market and the European Union, of course. Since 2018, Brussels has implemented a series of measures which have triggered the price of CO2 emission rights. Something that, added to the cheap prices of natural gas, made it (economically) impossible to light many coal-fired power plants. 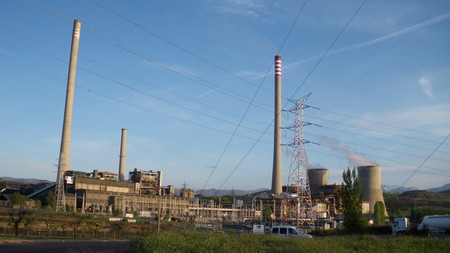 This generates several problems. The first is work. 1,100 people work in the factories that are closing tomorrow and 800 others where they have already asked to close. Thermal power plants are located in areas relatively isolated from economic centers and the blow to the so-called “empty Spain” can be very strong.

However, the coal shutdown problems go beyond their origin: in recent months, the Spanish energy system is decapitalized and divestment increases The news of Portuguese wind, French nuclear or Moroccan thermal imports is increasing. It doesn’t matter, it’s true; But the fear of not knowing if we have a fund plan which, beyond marketing, leads us to a successful conclusion without endangering the energy stability of the country.

The Honor 9X Lite arrives in Spain: price and official availability of the Honor mid-range with Google services

From Madrid to Gandia and from Barcelona to Palafrugell: INE explains how we get around Spain by tracking cell phones

Star Citizen version 3.8 continues to go where there has never been a game before – but is it that fun?

Does the Senua’s Saga: Hellblade 2 trailer really give us a taste of the power of the next generation? – article

The Two Sides of Power: The 5 Best and 5 Worst Star Wars Games

Interview with Lucas Millán, Brand Manager of Legends of Runeterra for Spain

Video games in Italy: a market of 1.8 billion euros in 2019, 17 million video players and continues to grow

OPPO Watch arrives in Europe: Germany is the prelude to the planned European launch of the first OPPO smartwatch

No snow in sight? Then travel to Northern Europe in the latest DLC Railway Empire

“Our strategy is focused on the player and not so much on the device we build”, interviews Phil Spencer

The Xbox Series X more powerful than the PS5? “Yes, but how the developers harness the power is more important”

The reason for the extermination of 92,700 mink in Aragon: the close relationship between mink and coronavirus

A game monitor, wireless headphones, the Mi Band 5 and more: the nine products that Xiaomi announced today in Spain

Fall Guys: Ultimate Knockout is now available in Spain and free for PS Plus subscribers

First Playable: the event that will culminate with the Italian Video Game Awards 2020 starts tomorrow

The Motorola One Fusion + arrives in Spain: these are its official price and its availability

How cult publisher MicroProse wants to build on past successes

Mixer is about to close, but Phil Spencer has no regrets

IPad continues to dominate the market, doubling sales to Samsung, second on the list

New character, Deathmatch mode and more: these are the novelties of Act 2 of Valorant that will arrive between today and tomorrow

The cheapest 5G phones you can already buy in Spain

Sugar taxes are already underway across Europe: this is the situation in Spain compared to neighboring countries