CAT phones have been around for a long time and have become a brand that, while not widely sold, is recognizable. But it never hurts to explain that we’re talking about ultra-rugged mobile phones designed for harsh working environments which require robust mobiles and which can be handled in extreme situations.

Hence this CAT S42, the latest model from the manufacturer, arrives with military certification against drops up to 1.8 meters in height, with high protection against dust and water or with a screen screen that we can handle with gloves and with wet fingers. This is, and more, what the new CAT S42 offers us that we will be able to buy in September.

The new ultra-rugged CAT cell phone lands with an IP68 certified case against water and dust, in addition to the MIL 810H military certification. The screen in turn is protected by Gorilla Glass 5 and, as the manufacturer says, we are talking about a phone that can withstand drops from 1.8 meters onto concrete, as well as dives to a depth. 1.5 meters for 35 minutes.

The CAT S42 screen measures 5.5 inches with HD + resolution and an 18: 9 ratio, which leaves us with 1440 x 720 pixels for a panel that we can operate both with gloves on and with wet fingers. The design of the phone is also textured to improve grip, and we have a customizable button with which we can launch the flashlight, the camera or a button Push to Talk to convert the S42 to a walkie-talkie with other similar models.

The chosen processor is the economical Helio A20, with four cores running at 1.8 GHz and supported on 3 GB of RAM and 32 GB of internal storage, in addition to a microSD tray. The 4200 mAh battery. As for the cameras, 5 megapixels front and 13 megapixels rear for a CAT S42 that comes with Android 10 and three years of security updates, while joining the Android Enterprise program.

We end with connectivity by commenting that this CAT S42 arrives with a dual SIM with 4G and VoLTE, with WiFi and VoWIFI, plus Bluetooth, GPS, NFC chip for mobile payments and other synchronizations, and 3.5mm waterproof headphone jack. 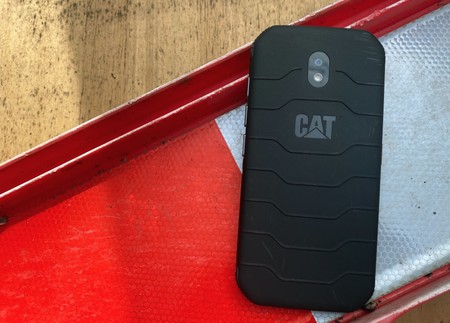 As we described in the specs, the new CAT S42 will arrive in a single version of RAM and internal storage. We can buy it with 3 GB and 32 GB in September 2020 for an recommended price of 249 euros both on the CAT website and on other surfaces.

Marvel’s Avengers Beta Confirms My Suspicions: Fantastic As Adventure Game, Uncomfortable In Game As A Service

China just approved coronavirus vaccine for military use: what we know about the CanSino vaccine