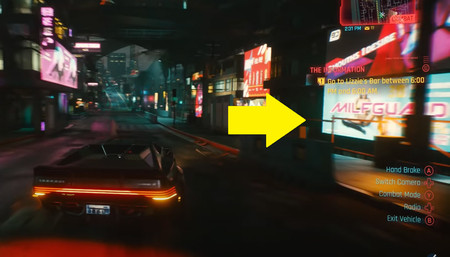 The trailer and gameplay for Cyberpunk 2077 was the best we have seen in the past week and with which it has once again been reaffirmed as the new work of CD Projekt RED It will be one of the big games this year. Of course, during the development of the game, the Polish studio did not want to forget another of its great works in recent years, like The Witcher 3: Wild Hunt.

Although there are a few months left before Cyberpunk 2077 goes on sale in stores, there are some users who paid attention to every detail and they realized that some easter eggs are hidden referring to the epic adventure of Geralt de Rivia.

For example, in GameSpot, we can read that in the tests carried out by certain team members, they realized that in V’s office, you could open the drawers of his office. The funny thing is that in one of them there was a magazine dedicated to retro games in which The Witcher 3 presented as the game of the month on a cover in which figured Ciri in the foreground.

We have another Easter egg in another magazine that appeared in the trailer and in this case a car with the name of Aerondightwhich is exactly the same name it has the sword of Geralt de Rivia obtained in the Blood and Wine expansion and whose power increases by killing enemies, so the user who noticed this detail joked that the speed of the vehicle would increase if we hit a pedestrian.

Another oriental Witcher egg in the Cyberpunk teaser: from r / cyberpunkgame

We’re not sure we can get behind the wheel of this futuristic car at some point. No matter who we drive, there will be signs of all kinds on the city streets and among them, another Reddit user has detected an advertisement highlighting the name of Milfguard, which is practically identical to that of the Empire of Nilfgaard.

To finish off the play, although it had nothing to do with The Witcher 3, on Reddit, there were also those who carefully examined all of the tattoos from Judy Alvarez, another of the characters that was revealed last week, and in one of them, you can see some of the song “Pyramid song“ of the group Radiohead. More specifically, it is located on his left arm under the tattoo with the number 13. 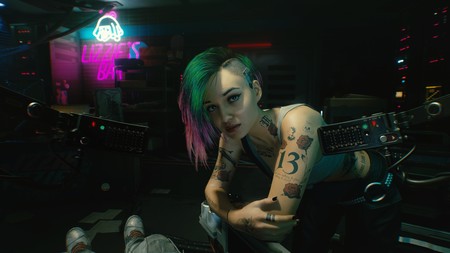 The truth is that all of this makes us want to know if there will be more such cases on the streets of Night City. In a few months, we will have to check it when the final version of Cyberpunk 2077 arrives on November 19 for PS4, Xbox One, PC and Stadia as well as for PS5 and Xbox Series X.

Cyberpunk 2077: life paths and weapons in detail, all information from the second livestream

The Witcher 3 on Switch: what are the advantages of mods and overclocking? – article

The Witcher 3 Patch 3.6 for Switch is a great upgrade to a great game – Article

Are they reporting Cyberpunk 2077? Here’s how I recreated it in Fallout 4 – article

Hunt Showdown on PS4: Why Crytek’s Monster Hunt is the Best PvEvP Shooter

PS5 DualSense looks great in Cyberpunk 2077, Bloodborne and many other designs

The Outer Worlds: A wild mix of Fallout, Firefly and Futurama

Cyberpunk 2077 is changing: with these 5 games, you will always be elegant until the fall

The Witcher on Netflix: showrunner Lauren Hissrich teases fans on a possible scene between Geralt and Yennefer

The 25 best offers on accessories, monitors and PC games (LG, HP, MSI …) in our Bargain Hunt

All the news of the iOS 14 Magnifier application: new interface, several shots and dedicated application

Cyberpunk 2077 in detail between skills and cyberware

Henry Cavill on The Witcher: “I have read all the reviews and forums”

The 26 best offers on accessories, monitors and PC games (Asus, MSI, Razer …) in our bargain hunt

Round One Warming Up: all the content of Round One, the international event dedicated to operators in the IIDEA esports sector

That’s all that happened with the theme of the Spanish dubbing of the sequel to The Legend of Zelda: Breath of the Wild

Cyberpunk 2077: a fan discovers the many ways to achieve a mission

Sunset Riders, In the Hunt and other great Arcade Archives classics, you should be playing now on PS4 or Nintendo Switch

Until Cyberpunk 2077 – 7 genre colleagues play until then.

Ray Throwing Gem: Ghostrunner is Cyberpunk 2077 on the drugs that Hotline Miami has taken!

Until Cyberpunk 2077 – 7 genre colleagues play until then.

Back to The Witcher 3