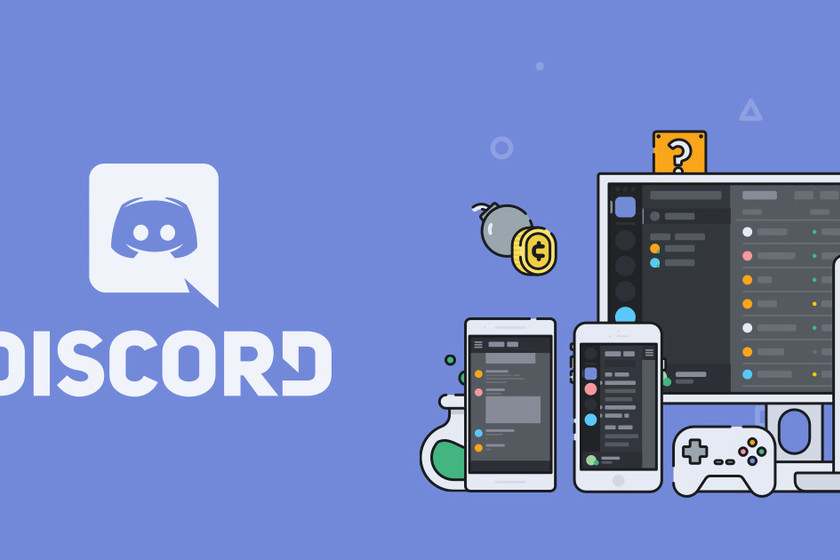 Discord was born as a place to communicate while we play, but for some time this part has passed this stage. In fact, last year it ended its subscription games service because they were barely played.

Community discussion and congregation platform announced a new makeover that leaves video games behind. Discord founder and CEO Jason Citron detailed the reasons for this decision.

While you were using Discord for more and more things besides playing games, our brand failed to keep up with this pace, and the way we talked about ourselves was sending the wrong signal to the world, making it more difficult for you to bring your large communities to Discord. Additionally, we know that the first interactions someone can have with our service can be intimidating, as Discord is complex and has many characteristics.

Recently received discord $ 100 million funding (it was not specified who put this money) which will be used for “Accelerate our investments in the community, in new features and in the business”.

Although Citron admits that video games remain an important part of the platform, this change will divert attention from them to put it on the simple act of meeting and talking. In fact, this is the new slogan: “Your place to speak”. This translates, of course, into various novelties that are already starting to happen.

They added new models to make it easier to create servers, they increased audio and video capacity by 200%, and as always, they fixed a lot of bugs. In addition to all this, have changed the jokes that come out when Discord starts or by joining a server so that they are not so video game. But the thing does not stop there.

The platform wants to stay a safe and friendly placethen they will continue to take “Drastic measures against white supremacists, racists and others who use Discord for evil”. When it reinvents itself to be more accessible, the company considers it necessary to have a hard hand with communities that incite hatred.

Of course, this width of vision seeks to translate into higher income, as Forbes pointed out. Discord wants to be an application where you can meet your study group, your book club or anyone. Something that had happened before, but the video game brand did not help attract more audiences outside of this area.

The seven games (and graphics) that sold us the new generation

Tennis World Tour 2 is shown in the first video gameplay

In 2019, we generate 53.6 million tonnes of electronic waste worldwide, according to the United Nations

UK House of Lords committee against loot boxes: “They should be classified as games of chance as soon as possible”

Teach programming to a child without PC or robots: board games, printable kits, books and free resources

Analysis by Assetto Corsa Competizione: a reference in motorsport in video games that is not aimed at the general public

Xbox Series X and VR, Microsoft’s interest may come in the future according to Schell Games

GRAY with over a million copies sold: the fascinating narrative adventure has made its way into the hearts of players