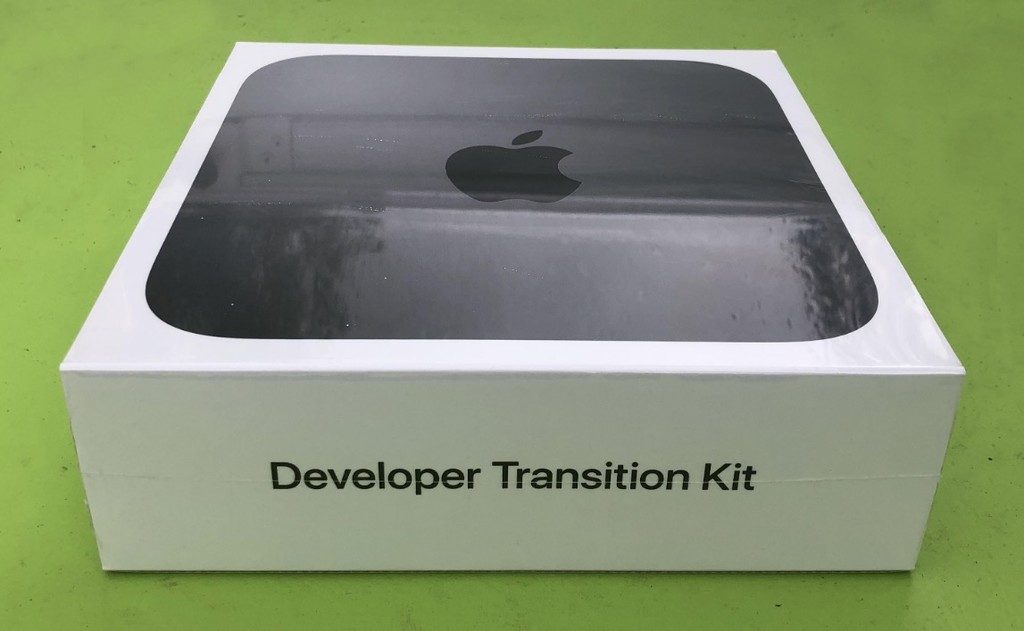 Developer Transition Kit from Apple, this Mac mini with A12Z chip that the company gave to developers to start working on the migration of their applications, start shipping. And how could it be otherwise, there are already those who share their welcome via social networks.

Wow, that was an incredibly fast shipment of my new ARM Mac, aka Apple DTK!
Happy like a clam in salt water, I am! pic.twitter.com/ODdQuphFlc

Here’s a tweet that proves it. Axel Roest, developer, posted a photo of the computer still sealed in its box. Another developer named Adrian Thomas did the same, even compare it to the old transition kit delivered by Apple during the transition from PowerPC to Intel:

And here is even a welcome brochure:

The size difference is obvious, though judging by the responses to the two tweets, what interests people most is that someone from these lucky developers do a performance test to see how this A12Z chip works while working inside a Mac.

Notice to developers: no details of the Kit shared on social networks

We will end up seeing these tests sooner or later, but beware: whoever does it and publishes it will have a problem. Apple standards explicitly prohibit the sharing of information on the computer, including photographs:

“The Developer Transition Kit is considered confidential information. With this agreement, you agree not to write anything publicly about it, nor to share or show anything to anyone other than your authorized developers without prior authorization from Apple which has been emailed to you. You agree to use and store the Developer Transition Kit in a secure location accessible only to you and your authorized developers. “

In other words, these two tweets with the images from the Developer Transition Kit box already touch the step allowed with these photos. They can defend themselves with a “This is not a photo of the computer, but of its box“, but I don’t think Apple has decided to have too many wide sleeves with what will be the future of their computers. However, we must say that we are not made of stone: if someone dares to publish landmarks or photos of the interior of the Developer Transition Kit, let’s take a look.

It’s Not Just Performance: Apple Silicon Will Change Macs Both Inside And Out

Apple announces steps to become a zero-impact company in 2030

How to Clear Your Search and Destination History on Apple Maps

Intel’s straightjacket and the journey to Apple Silicon

Here’s Tim Cook at Apple according to a WSJ profile

Assassin’s Creed Valhalla: developer responds to claims Eivor was “only” planned as a woman

Stuck at home? Here are the TV series and movies to retrieve from Amazon Prime and Apple TV – article

Apple Sanlitun opens again, one of the best Apple Store in the world

Xbox Series X and PS5 up to 8K? The opinion of a developer of The Initiative

Dopamine fasting: what science says about the new fashion in Silicon Valley that limits excess pleasure

The most recommended Apple Watch straps

Apple has shown “great interest” in acquiring TikTok, or maybe not