Just as Apple released its Apple Card last year in collaboration with Goldman Sachs, everything indicates that Google is also planning something similar. According to the images and details obtained by Tech Crunch, it appears that Mountain View is working on a physical and virtual debit card that would have an associated app for Android and be fully integrated with the Google Pay payment system.

The new leak joins statements made by a company official to the Wall Street Journal last November, in which he said Google was investigating how partnership with banks and credit agencies in the United States to offer smart checking accounts through Google Pay.

Images released by TechCrunch show that Google would develop its own physical and virtual debit card which, along with an associated checking account, will allow users make payments from a mobile phone or online. This card, as shown in the screenshots, would be connected to a Google app from which we could easily view purchases and payments, check the balance, or block the account.

The holder ensures that the card will be co-branded with various banking partners, including CITI and Stanford Federal Credit Union, so, as with the Apple card, it would initially be available in the United States. With this, Google hopes to expand its power as a fintech giant by expanding the use cases for its Google Pay service.

Although Tech Crunch warns that the filtered design of the map and the app is not final, in the images we can see a VISA network smart card and a linked Android app (presumably Google Pay) from which users can add money or transfer funds from their account, as well as use a fingerprint and PIN to authenticate. 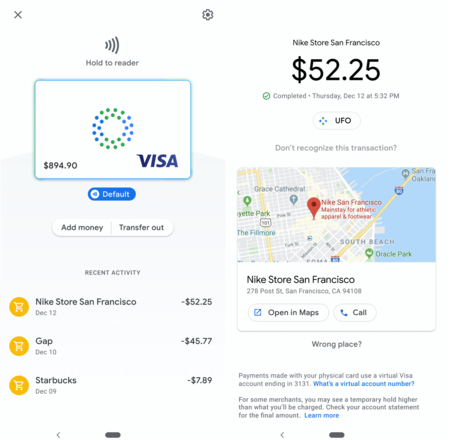 Once logged into their bank account, users can pay for their purchases in retail stores with a Google physical debit card, even with contactless payments, simply by approaching it with a card reader. The virtual version of the card could also be used for mobile payments with Bluetooth, while we use the number of this virtual card for online or in-app payments. 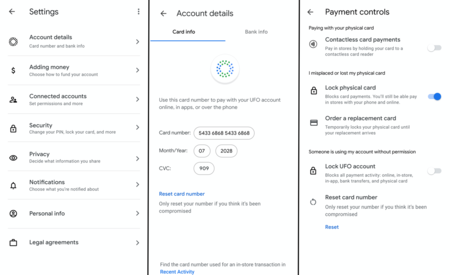 In the screenshots of the app, we see a list of recent transactions, each with the name, date and price of the seller. By entering each payment, we could see the location on a map, get directions, or call the store. If the user does not recognize a debit, if he has lost the card or if he suspects that he has obtained unauthorized access to his account, there are several security options this would allow you to set spending limits, block the card, request a replacement without stopping paying, reset the number, etc.

Although they did not get any images of it, Tech Crunch states that in the configuration options we could also set notifications and set privacy controls to “decide what information to share”. Media have asked about the company’s leak and say Google has not denied its findings or allegations; instead, he referred them to the statements they made to the Wall Street Journal a few months ago that we mentioned at the start.

Command & Conquer Remastered Collection review, a dream (but not so smart) package for strategy fans

Eve Flare, one more piece for the versatility of our HomeKit lighting

Remdesivir: What do we know about one of the most promising drugs, without being a panacea, against COVID-19

The government’s plan to avoid a second lockdown: what we know so far about the measures to fight the next wave