After a lot of rumors and a Google I / O which was and was not, we finally know the first Google mobile for 2020. And we say first because it is the Google Pixel 4a, the direct heir to the Pixel 3a and who is a new member of this series more modest than those of Mountain View.

This is a scaled-down version of the Google Pixel 4, retaining features like the main camera, but this time no XL edition. A mobile that sits in the mid-range and seeks to be a more affordable option for those looking for the “pure” Android experience and Google photography.

OnePlus returns to its debut with the OnePlus North: July 1 reserve, invitation system and cheaper

An aspect that drinks from its ancestors

The aesthetic of this new (and unique) mobile from the Pixel “a” range is a fusion between the back of the Pixel 4 and the Pixel 3a, keeping the square module for the camera and the fingerprint reader. Of course, the prominent frames disappear and we see the front camera sticking out of a hole in the panel, also supporting facial recognition for unlocking.

Headphone jack and stereo sound with a mid-range configuration

We said it’s a Pixel that fits in the mid-range by having Qualcomm’s Snapdragon 730 processor with the Titan M security chip, with only one model remembered. So the Pixel 4a comes with 6 GB of LPDDR4X RAM and 128 GB of internal storage, without the possibility of inserting a microSD to increase it.

Being a mobile of the most compact line of Google, it manages to accommodate a battery of 3 140 mAh, supporting fast charging of up to 18W (the charger included in the pack). Interesting that it has NFC and 3.5mm minijack (on top), with WiFi 5, Bluetooth 5.1 and USB Type-C 3.1 port. 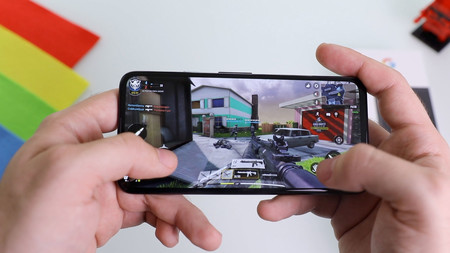 Plus, speaking of sound, it incorporates two microphones and stereo speakers. Comes with Android 10 (Obviously, without additions), with its own functions such as “It’s playing” (to recognize songs that sound in the user’s environment, in the style of the Shazam application), the screen always active or the facial recognition which we discussed.

Commitment to a single rear camera is maintained

One of the claims of this phone according to its manufacturer is its photographic capabilities, trying to capitalize on the pull that the good performance of its phones has given over others at this level. Of course, no triple or quadruple camera, the Pixel 4a integrates a single rear camera with a sensor 12,2 mégapixels Dual Pixel accompanied by a lens with an f / 1.7 aperture.

This camera features optical stabilization (in addition to electronics) and has features characteristic of Google mobiles such as real-time HDR +, night mode (night vision) or astrophography. The front camera incorporates an 8 megapixel sensor which is accompanied by a lens with an f / 2.0 aperture. 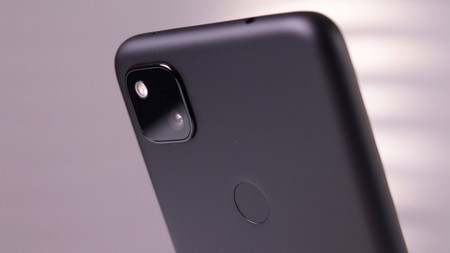 In reference to Video recording, the new Pixel 4a can record up to 4K at 30 frames speaking of the rear camera (FullHD for the front). It has slow motion recording up to 240 frames per second (leaving HD resolution).

Google Pixel 4a price and availability

The new Google Pixel 4a was officially announced today but won’t arrive in Spain until September 10. As we mentioned, only one 6GB and 128GB version will be available and that’s at a starting price of 389 euros.

The iPhone SE 2020 is now available on Amazon

Snake Pass, Pankapu and Urban Trial Playground among free games to download with Twitch Prime in May

Pulling fingers with cables: the idea of ​​some researchers so that we can feel that we are touching things in virtual reality

The day a black hole disappeared without a trace then reappeared