SamaGame > Android > [GUIDE] : What are the Best Android 10 Part one Tablets 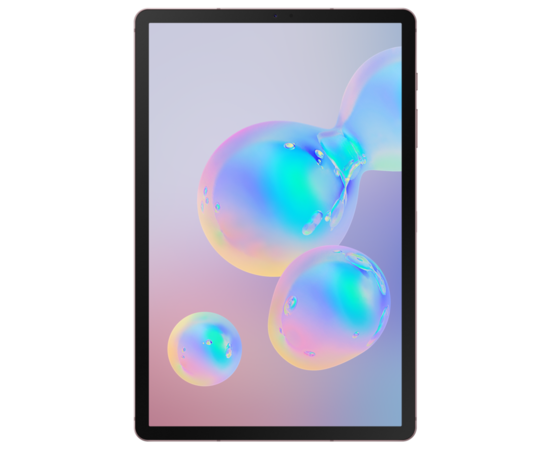 [GUIDE] : What are the Best Android 10 Part one Tablets

The range of tablets Samsung Galaxy Tab S4 will be able to benefit from its next update of Android 10. A new update that will push Samsung gradually on its various tablet models.

If you own a Galaxy Tab S4 tablet, know that you will soon be able to take advantage of Android 10 and its features. Indeed, we have just learned that Samsung had started to push a major update for its tablet model.

This update comes with the arrival of the new firmware T835XXU4CTF5. With this new version of Android, tablet users will be able to use the enhanced dark mode. This should reduce the consumption of the tablet and therefore offer a little longer autonomy.

Besides this part, we will also find refreshing icons, smoother animations… In short, all the features of Android 10. Digital Wellbeing, Music Share, Quick Share, Samsung Daily (which replaces Bixby Home) and the new Gallery application.

In addition, this new update also brings the June 2020 security patch freshly filed by Google for its operating system. Something to reassure more than one.

Note that this update is quite important. And like any update of this type, we recommend that you download it via a Wi-Fi connection. So as not to see your mobile data plan melt away too quickly.

This update will be pushed by Samsung. However, nothing prevents you from going for a little manual control in the update settings of your tablet. Settings “Software update” and pressing download and install.

Comparison of the best Android tablets

From best tablets , and with the exception of models signed by Apple, which run on the Apple operating system (iOS), almost all of them are powered by OS designed around Google’s Android. If you have a smartphone equipped with this system, there is a good chance that you will be tempted to opt for Android when choosing your tablet.

Top of the top

However, the offer is rich, and there are still many manufacturers on the market. To guide you towards the right choice, discover our selection of the best Android tablets!

Very close to a computer

The Galaxy Tab S6 Lite is the tablet of all compromises. In order to compete face to face with the iPad 10.2 ”from Apple, Samsung is trying to take over what made the success of the Tab S6 while drastically cutting costs. The result is a mid-range slate that unfortunately makes too many compromises for its own good …

With the Galaxy Tab S6, Samsung offers more than just a content-consuming device, but a versatile machine that is just as useful for work as it is for play. Your future computer?

The Galaxy Tab S6 offers a large 10.5-inch Super AMOLED display with a resolution of 2560 x 1600 pixels, displaying 16 million colors. Its very thin borders offer a large display surface for a small footprint and a weight of 420 grams.

For the audio part, the manufacturer has chosen four speakers arranged at the ends of the device for enveloping sound and excellent stereo. For the photo part, Samsung has included a dual 13 and 5 megapixel sensor on the back and an 8 megapixel front camera for excellent image quality during your video calls.

Samsung is positioning its Galaxy Tab S6 more as a complete personal computer and has equipped its tablet with a 2.8 GHz processor to support both professional applications but also video games available on the Google Play Store.

For the RAM, 8 GB of RAM support the processor and 256 GB of internal storage are present in the basic configuration and can be extended up to 1 TB thanks to the integrated MicroSD port. Bluetooth 5.0 and WiFI 5 are also on the program for the best possible speeds. A more expensive 4G version is also available for more mobile users.

The Galaxy Tab S6 can be a notebook or a drawing and photo editing tool thanks to the S Pen stylus, supplied with the device. It is compatible with applications provided by Samsung but also third-party solutions such as Microsoft Office.

You can also activate Dex mode, which turns the tablet into a working environment compatible with a keyboard integrated into the optional case offered by Samsung, or simply by connecting a more traditional Bluetooth keyboard. With multitasking you can open several applications on the same screen and be more efficient in your work as in your communications.

Our opinion on the Samsung Galaxy Tab S6

For this new variation, Samsung offers a model extremely well equipped and giving the possibility to its users to accomplish all of their computer tasks on the same screen.

The Galaxy Tab S6 is indeed a small computer with very impressive autonomy (15 hours in video, a little less in general-purpose use) and in a compact format for all those wishing to get rid of the bulky personal computer once and for all. Excellence comes at a price, of course, but Samsung has signed one of the best Android tablets on the market today.

The ideal tablet for the general public

Huawei offers a touchscreen tablet that ticks all the boxes for family use. Enduring, performance and well built, it allows access to all its entertainment and web content quickly.

It may lack a real versatility that would allow it to go beyond the status of a simple reader to make it a real production tool but with a very low price, impossible to be choosy in front of the quality of the device.

Huawei continues to produce a few Android tablets and if the manufacturer has reduced the wings in this market, it favors quality as demonstrated by the MediaPad M5, a device at an aggressive price but which does not demerit in terms of performance.

A classic and well-designed tablet

Is there still a need to modernize the design of a touchscreen tablet? To this question Huawei answers in the negative and offers a device all that has more in common. Nevertheless the whole shows a good quality of manufacture, with a 10.8-inch screen, an aluminum back and a weight on the scale of 498 grams which unfortunately suffers.

The IPS panel offers a 2K resolution of 2560 x 1600 pixels and allows an exemplary display fineness in films, video games or simply for finer fonts on the web pages you consult. The sound is restored thanks to four speakers signed Harman Kardon.

The Kirin 960 shows the extent of its possibilities

Huawei has not skimped on power with its in-house Kirin 960 processor. Supported by 4 GB of RAM, the tablet is responsive in all circumstances, regardless of the applications used and multitasking remains fluid and usable.

Even in 3D mobile games, the MediaPad M5 remains highly recommended and allows you to display a completely correct frame rate and to enjoy these titles in completely acceptable conditions.

The autonomy of the MediaPad M5 is not the most exceptional on the market, with around 12 hours in general use. It will often be necessary to recharge it, especially if the whole family takes it in turns to use it during the day.

Huawei nevertheless manages to overcome this problem thanks to the integrated fast charging. In 30 minutes it is possible to recover an hour and a half of autonomy, enough to finish his episode, his part or simply his reading before putting it back on the mains for a full recharge.

Funny object that this Galaxy Tab S5e. If its little sister the S4 went to the front against an iPad Pro, Samsung wanted to reposition its offer not aimed at creators but at a more family target. We are no longer told about a “4096 pressure point” stylus, and we even have to search the manufacturer’s official website to find the protective shell incorporating a keyboard.

Samsung has recently diversified its range of touch tablets. If the Galaxy S6 is now the top of the range of the brand, it lacked a more accessible product and more suitable for all homes. Does the Galaxy Tab S5e succeed in this bet?

Who says less expensive does not say uglier. This is a bit the first feeling that the Galaxy Tab S5e gets, which offers a very pleasant design with its large 10.5-inch screen and especially the reduction of the borders around the screen and the disappearance of the home button for gain in display area without increasing the dimensions of the device.

The tablet offers a thickness of 5.5 mm and a weight of 400 grams, in the industry average. Three colors are available, black, silver and gold, according to your desires and your tastes. The sound part is carried out by AKG, which has placed four speakers on the beast, compatible with Dolby Atmos.

An experience designed for the tablet

As we know, Android is not the operating system best suited to these digital slates. Samsung is also aware of this and has worked with OneUi to adapt most of its software to be as usable as possible on a 10 inch screen.

The manufacturer offers a complete software suite, from the web browser to the video player via notes or messaging applications in order to offer you most of the services directly out of the box with the Galaxy Tab S5e.