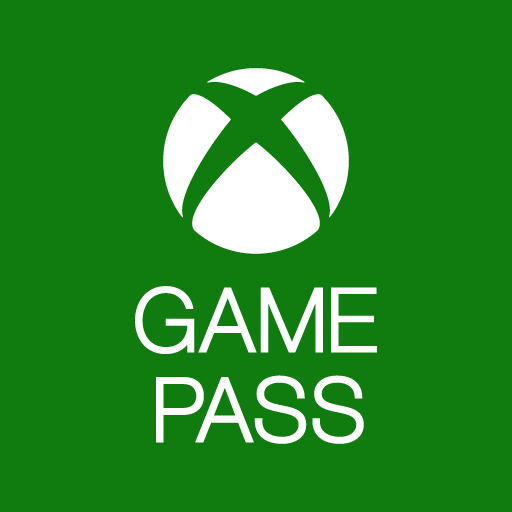 [GUIDE] : Xbox Cloud Gaming: all you need to know about xcloud Part two

There are a lot of games developed or published directly by Microsoft in this list, like Tell Me Why from DontNod, Gears 5, Minecraft Dungeons, or even Halo, but we can also mention important games from third-party developers like Destiny 2.

There are EA Play titles in addition by the end of 2020, but Microsoft has yet to give details.

At launch, Microsoft’s cloud gaming service using xCloud will be available on Android, both on smartphones and tablets. The Xbox Game Pass app will be updated from September 15 on the Google Play Store, Samsung Galaxy Store, and One Store in South Korea to offer this additional feature.

Microsoft did offer a preview version of xCloud on iOS as a test flight with a single game, but Apple is blocking cloud gaming services on its platform, and Microsoft therefore cannot update Game Pass to add this streaming feature.

The firm announced that its service would be offered in 2020 as a preview on Windows 10 during the X019 conference, and the service has indeed been offered for testing to employees, but Microsoft is no longer communicating on this subject for the moment.

Microsoft has not yet announced compatibility with televisions or boxes under Android TV. To play Xbox games in the living room, Xbox One or Xbox Series X remains the preferred method.

Other game consoles like Nintendo Switch or PlayStation 4 should not be eligible for xCloud.

HOW TO PLAY XBOX GAMES ON SMARTPHONE?

Xbox games are primarily designed to be played with the official console controller. To adapt to the screen of a smartphone, Microsoft offers several solutions.

First, developers can rework the interface of their games to manage the use of a touch screen. This allows you to play very simply on any smartphone or tablet, without any accessories.

Last solution to play on smartphone with xCloud, go through a specialized accessory designed in partnership with Microsoft. The firm puts forward several solutions such as the Razer Kishi controllers, the recent 8BitDo controller, or the range of the manufacturer PowerA.

Microsoft is also highlighting other types of accessories, such as the SteelSeries Arctis 1 headset, which has the particularity of being compatible with the Xbox One, the Switch, the PS4, the PC but also mobiles thanks to Bluetooth.

WHAT ABOUT SUCCESS? GAME SAVINGS?

The texCloud: Microsoft Xbox unveils its Cloud Gaming service at E3 2019chnology xCloud behaves exactly like an Xbox, and players will therefore automatically find their profile, but also achievements and saves. Since the launch of Xbox One, all Xbox games automatically save to the cloud, so access is completely transparent.

As part of E3 2019, Microsoft Xbox has just unveiled its Cloud Gaming service called xCloud and aimed at competing with Google Stadia or PlayStation Now. Small peculiarity: Xbox One owners can use their consoles as a local server …

In March 2019, Google announced its Cloud Gaming Stadia service, which is slated to launch in November 2019. By allowing users to stream PC games to any internet-connected device, this Cloud service could turn the video game industry upside down and make his tycoons tremble …

To avoid having their place stolen by Google, market leaders have already started to sharpen their guns. Thus, Sony offers its PlayStation Now service available in France since the end of 2017 and allowing you to play PS3 and PS4 games streaming on a PC.

For its part, Microsoft Xbox took advantage of E3 2019 in Los Angeles to announce its own Cloud Gaming service called xCloud. Initially, like the PlayStation Remote Play service, xCloud will make it possible to use an Xbox console as a local Cloud server in order to “stream” games to other devices connected to the Internet.

However, like with Stadia or PlayStation Now, it will also be possible to play streaming via the web by running the games on Microsoft’s own cloud servers. Users who do not have an Xbox console will therefore also be able to take advantage of the service, provided they have a sufficiently powerful internet connection …

The Competition promises to be fierce between Microsoft xCloud, PlayStation Now and Google Stadia. In the near future, the three tech giants will compete to dominate this new Cloud Gaming market and bring together the largest number of gamers.

In this context, the possibility of using its own Xbox as a server could allow Microsoft to do well. In addition, the Remond firm could also benefit from its long years of experience in the field of video games (including online) and its relations with developers and publishers.

xCloud will be presented to visitors at E3 2019 this week. the service will be launched as a preview in October 2019. However, it is not known whether it will be immediately available in Europe or only in the United States …

Microsoft is ready to take Project xCloud to the next level. Little by little, the service is deployed.

On the occasion of X019, Microsoft provided an update on Project xCloud, its cloud gaming technology which is currently in a closed beta phase in certain countries (spoiler: not France). What’s up ? Nothing very flamboyant, except that the service is about to take a second step in its development in a public environment.

In summary, Project xCloud will be able to be tested in more countries (spoiler: maybe France), on more devices and with more games. Proof that Microsoft is advancing cautiously on the market, while Google will launch Stadia on November 19 (not without receiving some criticism, in particular because of its very small catalog).

At the moment, Project xCloud is only available on Android smartphones and tablets – in three countries (South Korea, US and UK). Next year, Microsoft intends to add other devices in the Preview program, starting with PCs running Windows 10. Other platforms should follow and we are thinking, for example, of those in the iOS ecosystem. Still on the hardware side, Project xCloud will soon be compatible with PlayStation 4 and Razer controllers, in addition to the Xbox One pad.

Regarding the game catalog, it was previously limited to a few titles – Gears 5, Halo 5: Guardians, Killer Instinct and Sea of ​​Thieves. Microsoft is therefore proud to announce the arrival of fifty titles – including Devil May Cry 5, Shadow of the Tomb Raider, Forza Horizon 4 or Ori and the Blind Forest. This allows Microsoft to pave the way for more genres and, by extension, to test the technical soundness of its infrastructures (not all games have the same needs). Ultimately, we will be able to stream games from our Xbox Game Pass subscription (the dream bridge to make a real Netflix video game) or from its library of purchased titles.

Finally, Project xCloud will open to other countries in 2020: Canada, India, Japan and Western Europe. But the exact timetable has yet to be specified. During an interview, Ina Gelbert, director of Xbox France, told us that Microsoft is waiting for “the infrastructures to be ready”. Patience.

This is one of the main drawbacks of the xCloud project: signing in to the app logs you out of your console. While this is not much for some people, for others it is a real inconvenience. Indeed, if you want to extend your gaming session via the xCloud project, and let a member of your household watch Netflix, Youtube, or Amazon Video on your console for example, this is currently impossible, because you cannot be connected. in both places. Fortunately, that will change soon.

Indeed, Microsoft is preparing to lift this restriction on Xbox Live. This will allow for multiple simultaneous connections on different devices and platforms. On the other hand, you will only be able to launch games on one device (for the moment?).

However, this new system means that you will be able to enjoy your Xbox One games through the xCloud project, without being disconnected from your console and therefore enjoy the other features of the Xbox at the same time. (Streaming services, or other)

Although this is a minor change, this removal of restrictions adds a significant advantage, especially for homes where television is coveted. However, no date has been set for this new feature. It’s a safe bet that this will be available when the xCloud project launches on September 15. As a reminder, this streaming service offers you to play certain Xbox One games at no additional cost if you are subscribed to Xbox Game Pass Ultimate.