SamaGame > GUIDE > [GUIDE] : xCloud how to play streaming on PC and Xbox Part one

[GUIDE] : xCloud how to play streaming on PC and Xbox Part one

[GUIDE] : xCloud how to play streaming on PC and Xbox Part one

Microsoft has announced that from spring 2021, it will be possible to take advantage of its cloud gaming service on PCs and iOS devices, iPhones and iPads. This is not the only evolution planned for Xbox Game Pass Ultimate, the subscription that includes access to Microsoft cloud gaming. The company also plans to switch its servers from the Xbox One S to the Xbox Series X, and to switch the stream from 720p to 1080p.

So many projects on which Microsoft should soon officially communicate, but on which the firm is already working, in particular with tests reserved for its employees. We were able to participate in one of its tests, and discover how xCloud works from a PC. 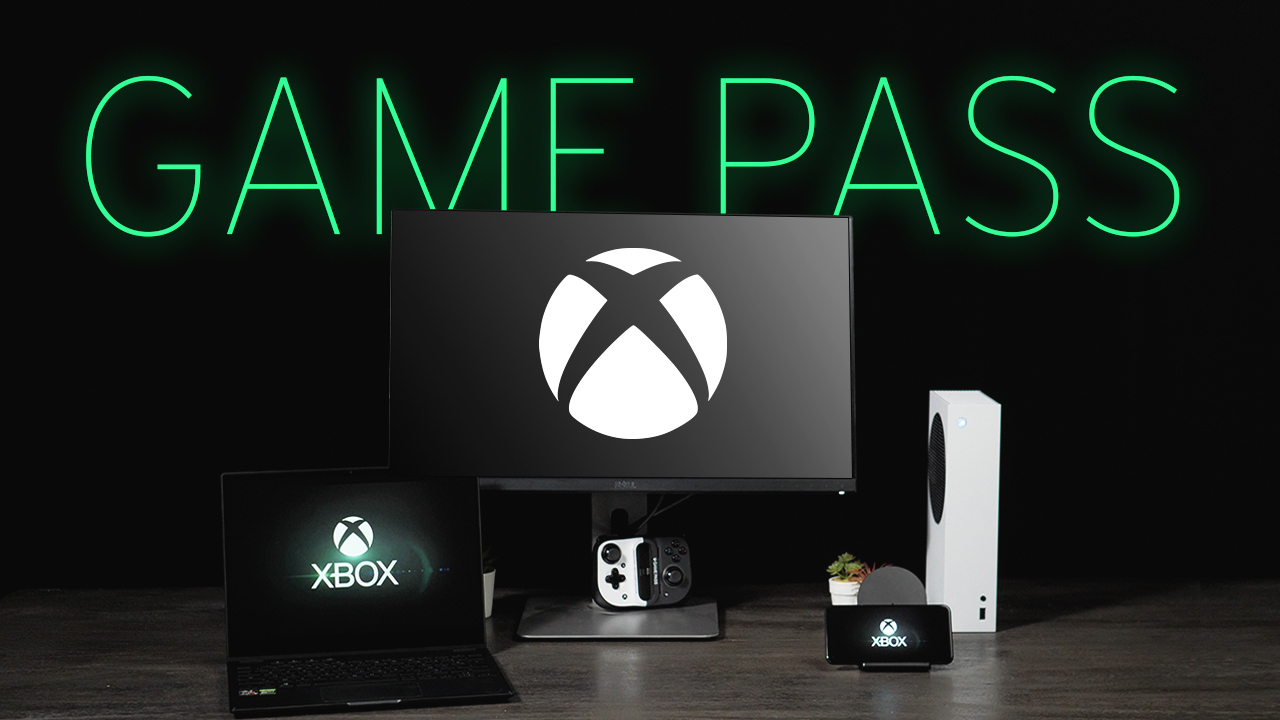 AN APPLICATION, WAITING FOR THE WEB VERSION

We were able to download an application called Xbox Game Streaming last November, we also offered you some screenshots at that time. Like the application of the same name on Android, it combines two functions: first the “Xbox remote game” which allows streaming from an Xbox One or Xbox Series console, and then the “Project xCloud” which offers the cloud gaming from Microsoft’s servers.

Initially we only had access to the first part, but we were able to get to the xCloud project pane. This app is probably never going to be offered to Xbox gamers. Indeed, Microsoft plans to offer PC support only through the web version, also in development for iOS, thus killing two birds with one stone. It is possible that the official Xbox app for Windows 10, which now allows you to download Xbox Game Pass games on PCs, will be able to access the streaming service, but technically it will still be access to the webapp.

THE TEST: PC STREAMING, WHAT DOES IT GET?

Once connected to the service, in the xCloud section, we find the experience we already know on Android, but adapted to the large screen of a PC. We did the test on an ultraportable. It is very logically the main target of this type of service, a PC which does not have the power to run greedy games locally, but which will be able to access it thanks to the cloud.

We find the list of games available on Xbox Game Pass in cloud gaming version. One click allows you to quickly access the game file, and all you have to do is “play / read” to launch an access from Microsoft’s servers.

CONSOLE GAMES ON A PC

The experience is more or less identical to what we have on Android. The games run on Xboxes located in Microsoft’s servers, which means that you shouldn’t expect graphics settings menus, like on PCs, or guaranteed keyboard and mouse compatibility. This can be a bit counter-intuitive when compared to a PC, but you will need to connect a controller to enjoy streaming Xbox Game Pass.

If you have a PC equipped with a touch screen, like a Surface, you will be able to play the games available in touch version, like Android.

Once the game is launched, it takes time for Microsoft’s Xbox to launch the game and our client to connect to it, a process that still takes between 30 and 40 seconds. The move to Xbox Series X in servers should speed up this process thanks to its SSD.

We started by testing a latency demanding game, Celeste. Here, it’s a good first experience since the latency is hardly felt. A passage in the options of the developers of the application allows to see that the flow is well in 1920 x 1080 pixels, with a latency of less than 15 ms, which is more than correct.

We also tested Forza Horizon 4, a game that is both demanding and greedy for an Xbox console. Our test went much less well on this game. The definition of the flow is theoretically 1920 x 1080 pixels, but in fact we often have a mush of pixels on the screen, due to the compression. With the game running on an Xbox One, rendering quality is suboptimal and fluidity is stuck at 30fps at best.

Despite these problems with Forza Horizon 4, the service we tested looks very promising. It will allow players on a laptop PC, or who do not necessarily have the budget or the desire to have a powerful (but bulky) PC, to play Xbox Game Pass titles.

We hope that in the long term, Microsoft will generalize the possibility of playing with a keyboard and a mouse on these games, so that it is even more transparent for the player. Strongly also that the firm advances on the transition to the Xbox Series X, but one imagines that on this point, the mark is limited by the shortage, just like its customers.

The xCloud project, the “cloud gaming” by Microsoft, is revealed on PC

While a beta version is already available on Android and iOS, the Xbox Game Streaming application, resulting from Microsoft’s xCloud project, is finally unveiled on PC.

On March 18, during a Game Stack Live conference, Microsoft showed off its new Xbox (Series X), in the flesh, but mostly focused on its xCloud project. Since the success of Google Stadia, “cloud-gaming” has become one of the priorities of the Redmond firm. Theapplication Xbox Game Streaming is already available on Android and iOS, on mobile or tablet, in a “preview” version. To access it, you must have a Microsoft account and have a wireless Xbox One controller. The app is not yet available on PC or Xbox. Recently, Microsoft has made it available to a number of its employees. This could indicate that the opening of a beta is near. The Verge managed to get a glimpse of it.

The Xbox Game Streaming service must first be installed through the Windows Store and requires not only a Microsoft account and a wireless Xbox One controller, but also a fast and strong internet connection. The application proposes, for streaming, to launch it either from one of the xCloud servers, or from an Xbox One attached to the computer with or without wire. The idea is to be able to do the same, once the more powerful Xbox (Series X) is released. At the moment, Xbox Game Streaming only supports one maximum resolution of 720p. A source from The Verge notes that adding 1080p resolution is “imminent”. The xCloud catalog already includes several titles such as A Plague Tale: Innocence, a French game awarded at the first Pegasus, the Batman narrative series by Telltale or the Borderlands saga. Finally, concerning the capacity of the xCloud servers, Microsoft specified, during the Game Stack Live conference, that they were each equipped with the equivalent of eight Xbox One S motherboards.

xCloud will soon let you play streaming on PC and Xbox

xCloud is Microsoft’s streaming game service, available to all users since September 2020. It is currently only possible to enjoy it through the Android application. However, things should change in the future, says Phil Spencer, the boss of the Xbox division.

Since September, xCloud has been open to the general public. Included in the Game Pass Ultimate subscription (13 euros per month), it allows you to play more than 150 Xbox games using the Android application. For the time being, the service only works through this platform, but things could change soon.

Indeed, Phil Spencer, the boss of the Xbox division, spoke about the future of the service for the moment stammering. Yes, the goal is good to democratize Cloud Gaming. For that, it must be carried on other supports. It was while responding to a Twitter user who wondered if xCloud was coming to PC and consoles that Phil Spencer gave us a glimpse of the future:

Yes, we want to do it. It’s on the long list of cool stuff the xCloud team is working on and it’s one of the next steps. But we want console and PC gamers to be able to navigate it as easily as mobile gamers. This is a good feature of Game Pass.

The Game Pass Ultimate could therefore become an offer again more interesting in the future by increasing the number of platforms. But for the moment, the thing is still in the draft stage. To play streaming, you need an Android phone or tablet. Point. You can of course enjoy Xbox games on your PC or console, but you need to have the right machine.

THE XCLOUD, THE FUTURE OF GAMING ACCORDING TO MICROSOFT?

As the release of the Xbox Series X and Xbox Series S approaches, each of which comes with the necessary features to run games in 4K and 1440p respectively, democratizing xCloud on these media would come into play. totally at odds with Microsoft’s short-term goals.

Why equip yourself with a very expensive machine when your configuration can be in the Cloud?

It is true that today, playing on xCloud on mobile is an interesting innovation, but we are still far from the comfort of a console or a gaming PC. The future could however democratize the Cloud gaming in the medium term and Microsoft will already be well placed to seduce with an up-to-date service and a well-stocked library, which is not the case with Stadia, for example.