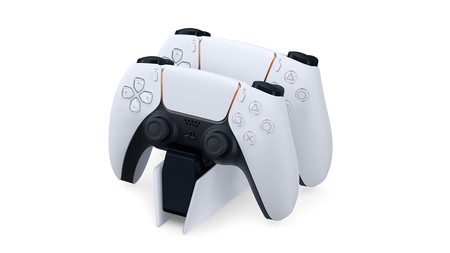 Sony recently revealed which PS4 peripherals and devices we will be able to use on the upcoming PS5 when it hits stores later this year. Naturally, the next-gen console will also feature your own accessoriesso the company wanted offer more details of them in depth.

The most important of these is the DualSense, the wireless control button from the console and the only one that we can use to enjoy video games on this machine. As we already knew, the order will be characterized by its haptic feedback feel in our hands everything that happens in the titles, as well as for their adaptive triggers which will try to deliver the same effect when pressed.

According to the new Godfall trailer, it will be exclusive to PS5 on consoles until May

Among other details, the remote will have a built-in microphone, headphone jack, internal battery, speaker as in the DualShock 4 and will also have a motion sensor. It will also include the Create button with which users will be able to produce their own content and broadcast their games live.

And if you need to recharge its battery at some point, there will be charging stations in which you can place up to two orders at the same time to make this process even faster. In addition, thanks to the Gematsu portal, you can check what the DualSense looks like in this 360 ° view in which you can see in passing that the remote will not have any button on the back.

Of course, this wasn’t the only one who showed how it would work in a 3D view, as the same thing happened with the Pulse 3D wireless headphones, which boast of having a microphone with noise cancellation, controls to easily modify the sound and a battery life of around 12 hours. And of course, they will allow us to listen to the entire sound section in fantastic quality and more immersive than ever.

Another PS5 device will be the remote control for multimedia content With which we can easily navigate all the menus of the console, control the videos and movies we play and this will also serve as a remote control for the TV in case we want to adjust the volume, turn it on or off.

PS5: The transfer of scores from the PS4 is up to the developers, says Sony

Finally, you couldn’t miss the HD Camera with which will capture the image at 1080p in high definition and very clear thanks to its dual camera. By pressing the Create button of the DualSense we can make it visible, remove anything we want in the background and even remove it completely if we have chroma. Along with this you will have an adjustable base with which it can be placed without problems anywhere, such as on top of the TV.

The only bad thing is that we still do not know the price of each of these devices, in the same way that it has not yet been specified how much the PS5 will cost. For now, a new State of Play will take place, dedicated primarily to the PS4 catalog, but some PlayStation 5 titles under development by third parties and other independent studios will also appear.