It’s clear that having several years behind him can play a trick on him, but we are facing a historic milestone and we seem calmer than usual. We’re not just about to launch an exclusive game made by a Sony studio in PC, we are facing a firm candidate for GOTY from the platform called Horizon Zero Dawn.

Three years after playing Aloy’s adventure on PS4 with The Frozen Wilds expansion, the main question that plagued me when I started this Horizon Zero Dawn Complete Edition It was whether the passage of time would have suited him. That and, of course, to what extent the leap to more graphic possibilities surprised me.

On both questions, I have good news and bad news. The voucher is for those who haven’t come close to the game of War in the past: you will benefit from it. The bad news is for those looking for the perfect excuse for a second round here: The upgrades don’t justify the expense.

The ideal here would be to find a game adapted to the possibilities of a high-end PC, but beyond the power overcome the 30 fps barrier, the work at the visual level is that of a port of the PS4 version. There is no improvement or remastering of the characters beyond what has been experienced in the resizing offered by PS4 Pro. A missed opportunity to make the game even better where ray tracing is also out of the equation.

The situation on paper is as follows. At the level of the controls – very curious to see the Xbox buttons in one of the gems of the PS4 -, on the other hand, the possible complaints are unclear because we are still dealing with a game that looks really good. Also, those who can benefit from it ultra-wide screen they will be even more delighted.

In a way, it smells like a balloon probe. Again ” let’s see how it worksAt a commercial level which, to honor its potential, would be the perfect excuse to repeat the play with other titles. This time with a little more care the jump on PC instead of a simple port with graphics options.

Past the visual, it’s time to focus on what’s really going on Horizon Zero Dawn in a game to take into account, how awfully fun it is. Here we control Aloy, an adventurer on Earth who succumbed to the apocalypse leaving our civilization in ruins.

Our role, beyond surviving the events that will mark history and show us how the human race has adapted to this situation, is to find out what happened to our palenta, our old way of life and, of course, , why between wild boars and hares there is dinosaur-like robots who coexist with humanity as if they were just another wild beast.

One of those stories which, although it does not frame and awkwardly hide its twists, gives way very good times at the level of exploration and discovery. Its secondary missions, although linked to the always uncomfortable ” go ahead and bring me / kill me that“They’re a lot more appealing because of the effort they put into putting you aside and showing you places and situations you might have missed without someone taking you by the hand.

In essence, one of those huge open worlds where you want to lose you. A vast backdrop loaded with postcard panoramas that the game is responsible for framing in spectacular action sections. Whether in the middle of a climb or with the launch of an arrow in slow motion, wasting time in photo mode becomes almost essential.

The part that I remember with special affection for Horizon Zero Dawn It is, beyond all that has been reported previously, that of their battles. With the bow for the flag and with some clues from Monster Hunter, the fighting machines are a continuous strategy that invites you to fight with head and skill.

Destroy the pieces with elemental damage, prevent them from attacking with a special power by exploding the part that allows it, take advantage of the holes in their structure after a specific move to do more damage … much more than aim and shoot.

The sum of abilities that we will unlock – quite in the Far Cry style – and the weapons that little by little deliver new strategies, for example anchoring the bug to the ground and surrounding it with traps to keep it at bay while keeping our distance, transform every encounter is one of those experiences you rarely want to avoid.

An incredibly well measured and executed system that entertains with the smallest bugs and shines with a special light when it comes to dealing with beasts capable of hitting you on the web. AT Horizon Zero Dawn You arrive by the grace of the dinosaur robots, and you stay there because of the pleasure of facing them.

With an edition that also includes the most and the best that The Frozen Wilds expansion boasted about, head to Horizon Zero Dawn pour PC It’s a candy that’s hard to say no if you’ve missed it in the past. War It put together a fantastic game that, during its jump to Steam and the Epic Games Store, deserved a tribute with a little more love and, above all, a little more technically refined.

Despite this, and despite the weight of years on certain aspects such as conversation sequences, Horizon Zero Dawn it’s still a game to be tested yes or yes at some point. Maybe there was room for a better result, but it is undeniable that any occasion is always perfect. 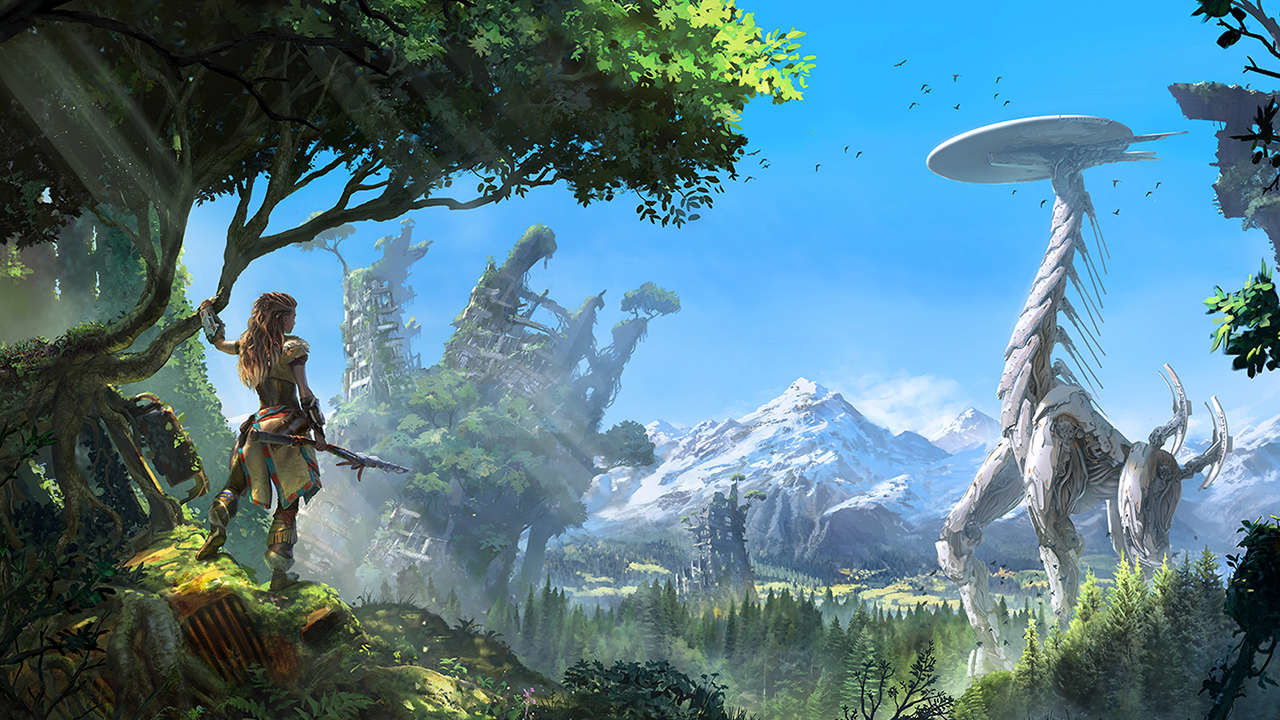 The made in Spain masks developed by the CSIC are already arriving in stores and promise us a filtration ten times higher.

The Olympics have been delayed, but with Sonic you can enjoy it on your iPhone