With the arrival of widgets on iOS 14 came a very visual Google. It is striking that, although it is available for Apple’s operating system, Google hasn’t updated its widget for Android, so there is no official way to put it on our home screen.

As usual, third-party developers took care of this, and now we can have the Google widget for iOS on Android. It is a very quick and easy process, although we already anticipate that we will need a payment app to achieve this.

How to install the Google widget for iOS on Android

With iOS 14 comes a new Google Widget, which is generally very popular. It’s a box with the search bar, a shortcut to Google Lens, voice commands, and incognito navigation all in one. This widget is not available on Android, but the developers managed to provide a solution to it, bringing it along with the rest of the widgets that Google introduced in Android.

To install these widgets, we need KGWT, the best widgets app. It pays, but it’s worth every dollar and it’s a great investment to personalize the mobile thoroughly 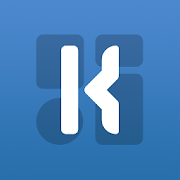 Twitter user @josiahD was tasked with creating templates to install these widgets through KGWT. If you do not know this application, know that is the best app on Android to install, customize and create widgets And, while it does get paid, it’s a multi-year investment that is well worth it.

Once KWGT is installed, we just have to follow these steps:

For honors, if you want the widgets names to appear as spanish textYou just have to go to “Articles” and, where it says “Text”, change the name.

Ready. This way you can install the Google widgets for iOS 14 on your Android. You just need a little patience and follow these steps. Widgets are also customizable being KWGT models so by doing a little research you can leave them to your liking.

For a handful of pixels – editorial

IIDEA announces the arrival of two new stories on Game to Human, “Art Revolution” and “The Uncensored Library”

Destiny 2: Beyond Light announced, latest expansion to be released on September 22

Will Uncharted return to PlayStation 5? Sony San Diego hires an ex-Naughty Dog for a mysterious project