The MIUI 12 control center, inspired by that of iOS, represents a noticeable aesthetic and functional change in Xiaomi phones, but it does not have to be exclusive to them: with the Mi Control Center app, almost all mobiles with Android 5.0 and higher can have notifications and quick settings MIUI 12.

Xiaomi updates its huge catalog of phones with Android 10, it tests Android 11 on the Xiaomi Mi 10 and it also takes the latest version of the custom layer, MIUI 12, for the first compatible phones. This version represents a noticeable aesthetic change from MIUI 11, something that can be seen just by showing the notification area. And it is that the appearance of the control center revolutionizes the upper part of the screen: it is attractive, functional and offers speed. Plus, with the Mi Control Center app, it’s super customizable.

Analysis of Huntdown, an explosive retro cocktail that exudes the best of vintage action

My Control Center, much more customizable than MIUI 12 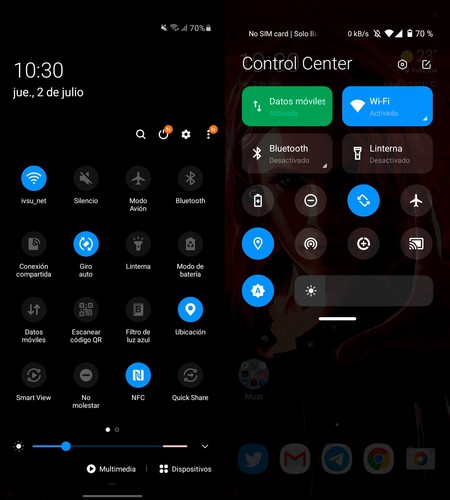 On the left, a user interface 2.0 on a Samsung mobile; on the right, same phone with My Control Center

The application, recently launched on the Google Play Store, transfers MIUI 12 control center to other phones whether or not they are from Xiaomi. This implies that it is enough to install the application for the mobile to completely change its appearance. Of course, every time the notification area is displayed.

As you can see from the screenshots, the appearance of the control center created by Mi Control Center is similar to MIUI 12. Same style, same size icons, similar color scheme and exact behavior: depending on where it is stretched, notifications or control area will be displayed. This behavior is very similar in MIUI 12, but with the Mi Control Center it can be customized as it is possible to reverse the order and even change the size of the action area that each panel displays. 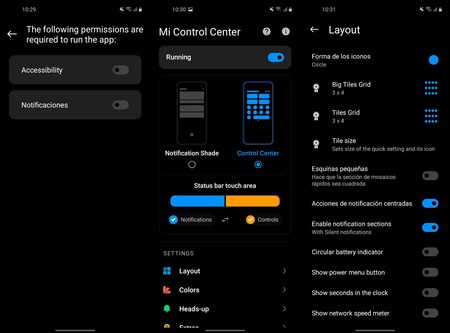 Mi Control Center is a well-crafted app that doesn’t just retrace the look of MIUI 12 (copied in turn from iOS), it also offers such a level of customization that I want Xiaomi to consider this for its software. Can we resize icons, color schemes, template style, customize notifications, and even change the way Control Center interacts with the rest of the phone. All with the highest quality, both in design and in operation. 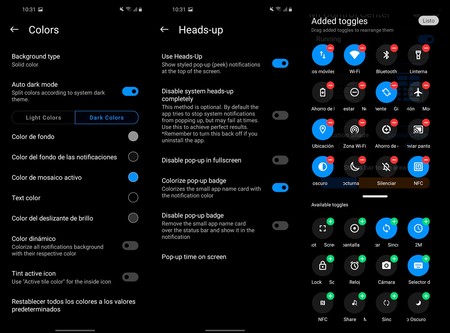 The application allows a change so radical that even mobiles like Samsung, with a design for its very marked quick settings, others seem with My Control Center. And at no cost: the app is free with most functions unlocked. Sometimes it shows a full screen advertisement (only in settings) which can be closed easily. And you have an in-app purchase for $ 2.79 (on sale) to unlock all settings and remove ads.

Tim Cook speaks to employees, is optimistic about Apple's response to coronavirus Seduce the top blogger with his greatest weakness: the ego

PlayStation 5 – Release, Price, Specs, Games and Everything We Know

It was Myasishchev VM-T Atlant, the transport plane that carried Soviet rockets on its back