Many users report on Twitter that apps known as TikTok, Chrome, AliExpress paste content from the clipboard into your applications without notice. Until now, the movement was invisible to the user. But with iOS 14, a new metric has appeared that tells the user when this is happening.

Naturally, there was a controversy with this practice, which they reflect in The Telegraph. Even more so in some apps that apparently shouldn’t use this feature. 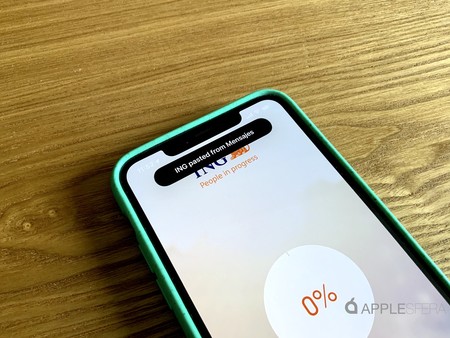 In addition to TikTok, Chrome and AliExpress, we were able to verify that other apps such as AccuWeather, ING Direct, Abanca, Pigment, AliExpress, Patreon and the Google app do this practice. But they do not in any way indicate what they are using it for. To check it, just follow these steps:

Control music from mobile by tightening the headphone cable: this is how Google's latest idea works

In several of these examples, paste the clipboard happens without even registering or configured the user. Several of these apps have been compiled by different Twitter users:

With iOS 14, you see all the developers and apps pasting the content you have on the clipboard.

Some of them do it without even logging in 🤔 pic.twitter.com/X2N9hRJXX2

Okay, TikTok grabs the contents of my clipboard every 1-3 keystrokes. iOS 14 is on the move with new collage notification pic.twitter.com/OSXP43t5SZ

In the latter, a video can be seen in which a user comments on a TikTok post. Up the notice appears several times of clipboard paste. These apps are created with user content with no clear purpose.

If we consider that we can copy content of all kindsFrom messages to links to photos, passwords, emails and IBAN numbers, it quickly becomes clear that this is a privacy issue. More when we put in the equation the Apple Universal Clipboard, which allows it to be shared between different devices.

A use of the clipboard that iOS 14 makes transparent 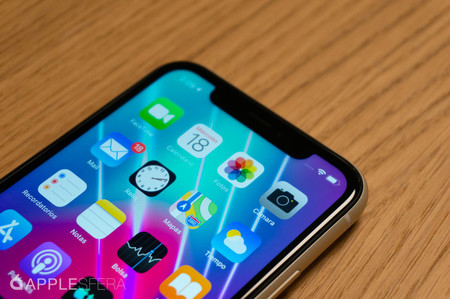 Anyone with a good memory will know that at the beginning of the year some developers discovered this behavior through various applications. At the time, Apple said the clipboard was working as expected. However, and as our partner David warned at the time, It was only a matter of time that Apple took action on this:

Hopefully, sooner or later Apple will implement a means by which, as users, we can allow or deny permission to access the clipboard.

The feature works as expected, but it does so transparently to the user. In terms of privacy, we already know that Apple is always betting on the user’s decision. So while this is a first step towards transparency, the next step is that user decides whether to grant permission to an application in the clipboard or not.

That said, requesting user permissions from apps to access privacy features has become tedious in some cases. As soon as we open an app, we might meet:

Open an app the first time and come across a handful of permissions that accept one by one not a good user experience. Hopefully, in addition to integrating such permission, we will see better handling of them in an iOS version not too far away.

Intel prepares us for the Tiger Lake family: it will support Thunderbolt 4, USB 4 and DDR5 RAMs

IPhone 12 will come without EarPods or AC adapter to compensate for 5G, according to TrendForce

In Android 11, it’s easier for apps to add recycling bins

The moustique that arrived from Japan: it was a new invasive species in Spain and it is winning the game

The German Apple Store will reopen on May 11, when will it open in Spain?