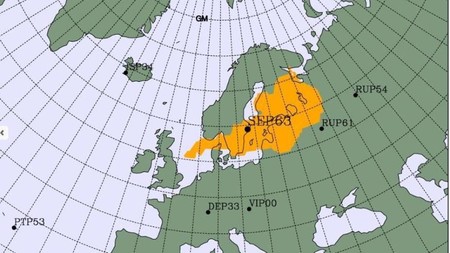 It was a Swedish station which, in 1986, discovered what is still the greatest nuclear disaster in history. That is to say, we learned before Chernobyl from the reports from Sweden, Norway, Finland and Denmark that the Soviet authorities provided. That is why, since then, each time the Nordic countries detect levels of radioactivity above normal, someone becomes tense in the offices of the International Atomic Energy Agency and the Treaty Organization. complete ban on nuclear testing. This is what happened last week.

When the Nordic authorities made public that they had detected slightly higher levels of radioactivity than usual during the month of June and although they did not seem dangerous to health or the environment, all eyes were on them. turned to Russia. Especially, after researchers from the Dutch National Institute of Public Health and the Environment explained on the 26th that they had analyzed the data and it appeared that came from western Russia, possibly due to some “damage to a fuel element at a nuclear power plant”.

TASS, the Russian news agency, quoted a spokesperson for Rosenergoatom, the public nuclear operator, who said that neither of the two nuclear power plants in northwest Russia reported any problems. The Leningrad plant (near St. Petersburg) and the Kola plant (near Murmansk) “are operating normally, with radiation levels within the normal range”.

We don’t know where the radioactivity cloud comes from

What seems clear is that small amounts of radioactive isotopes (harmless to humans) they are there and the measurements are not the result of an error. In addition, the Dutch Institute noted that “radionuclides are artificial; they are artificial”. However, although he points Russia directly in the direction of the wind currents, he noted that “a specific location could not be identified due to the limited number of measurements”.

In the same vein, the Swedish radiation protection authority explained that “Now it is not possible to confirm what could be the source of the increased levels“radioactivity or where the cloud comes from”. And the executive secretary of the Comprehensive Nuclear-Test-Ban Treaty Organization, Lassina Zerbo, tweeted Friday that “the organization’s radiation monitoring sensors in Sweden have detected a slight increase in various harmless isotopes in northwest European airspace “, but nothing else could be confirmed.

In short: we do not know where the cloud of radioactive isotopes (cesium 137, cesium 134 and ruthenium 103 mainly) came from which visited the Nordic countries. Or, as Zerbo said, “we can indicate the likely region of the source, but not determine the exact source” (although it is also true that your organization does not have the “mandate” to investigate ). However, for now, There is also no data to support the alarmism that has been intuited in the media and social networks..

Of course, if we can be sure of one thing, it is that if there is something strange, the international authorities will know it soon. Few things are watched more closely in the world than nuclear energy.

The cloud backup mega-guide: how to back up everything on Google Drive, OneDrive and iCloud

OPPO A72 5G almost completely leaks with unknown MediaTek on board

Sugar taxes are already underway across Europe: this is the situation in Spain compared to neighboring countries

SunSurveyor, the position of the king of the stars anytime, anywhere: the app of the week

We have just detected, for the first time, how the quantum world shakes an object on a human scale

Negative in an antibody test against COVID does not mean that you have no immunity: the unknown of other immune systems

SkyGuide, your pocket astronomer: the app of the week

Fortnite Week 5 Challenges – Complete the challenges of Season 8, the weekly and daily challenge

To avoid being detected, this malware even asks you to complete a CAPTCHA

Nintendo eShop: games and deals of the week for Switch, 3DS and Wii U.

An unknown iPhone tip: how to create lists in lists

All the news from Netflix, HBO, Amazon Prime and Apple TV + for April (3rd week)