The two devices are very similar on the outside, to the point that they share the dimensions and size of their screen. The differences are inside, because the Motorola Edge has a Snapdragon 765G and the Motorola Edge + goes up to the Snapdragon 865, and in the camera. They both have a curved screen with 90Hz refresh rate and four rear cameras, highlighting the Edge +, which has a resolution of 108 megapixels. After making the presentations, we will get to know them better.

Adding curves to the screen

We start by going over the aesthetic section. The Motorola Edge will be available in Solar Black and Midnight Magenta, while the Motorola Edge + will arrive in Smoky Sangria and Thunder Gray. These are quite long devices, following the line of some models in the Moto One lineup, and the sides have been curved both at the back and at the screen.

We’ll talk about the screen later, but before we stop at the back. In both cases we have cameras placed in the upper left corner, but in the Moto Edge they are integrated into the chassis itself, and in the Edge + model, three were placed in a module and a fourth just to the right, with the LED flash. The fingerprint reader has been retained on the Motorola logo, instead of taking it under the screen. 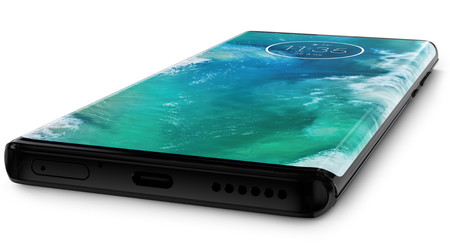 As distinctive elements in the design, we have a headphone jack in both models and, in the case of the Edge, IP54 certified against water and dust. In the Motorola Edge +, they didn’t mention that it has such strength, but it has a water-repellent design, without further details. In both devices, the charging port is USB Type C. 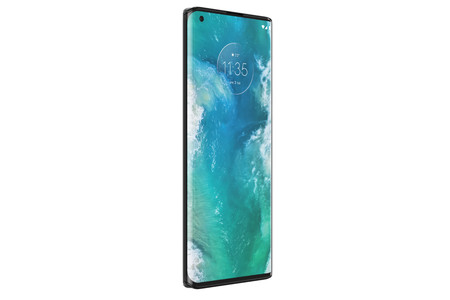 And now yes, let’s talk about the panel. It’s the same for both, but with a slight difference. The screen is a 6.7-inch OLED with FullHD + resolution and 90Hz refresh rate. It was curved on the sides, as we have seen in other devices, and the internal chamber was arranged in a hole in the upper left. The panel is similar in both models, except the Motorola Edge + is compatible with HDR10 +.

The latest from Qualcomm and up to 12 GB of RAM 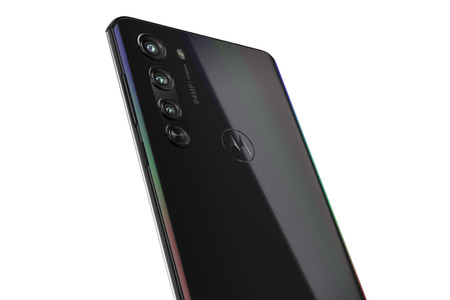 Seen from the outside, we will see them from the inside. The standard Motorola Edge mounts the Snapdragon 765G processor alongside it quatre or six Go RAM and 128 GB of expandable internal storage. The Plus model, meanwhile, has the Snapdragon 865 and 12GB LPDDR5 RAM with 256GB internal UFS 3.0 storage it cannot be developed. Both processors are compatible with 5G NSA and SA networks, i.e. current and future networks.

There are also differences in the battery, which is 4,500 mAh on the Motorola Edge and 5,000 mAh on the Motorola Edge +. In both cases, the 18W fast charge is retained, although the Plus model also has 15W wireless charging and 5W reverse wireless charging. The operating system is Android 10 with My UX, a new Motorola personalization layer that continues to build on Android Puro, but adds “motorcycle actions” and lets you configure display actions on the edges of the screen (Edge Touch).

In terms of connectivity, both models are well served. It has WiFi (ac on Motorola Edge, WiFi 6 on Edge +), 5G, 4G, NFC, GPS and FM radio. On the sound side, Motorola has focused on its live stereo speakers which they believe can provide a more immersive experience.

Four cameras and up to 108 megapixels for Edge + 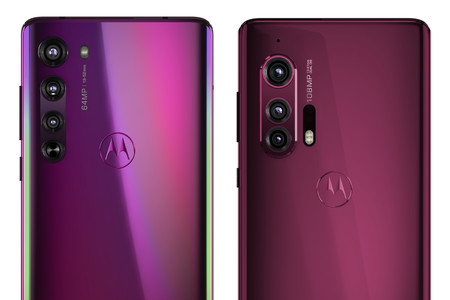 We finish talking about the photographic section. Both Motorola Edges have four rear cameras, but the Plus model takes the cake in terms of resolution. The Motorola Edge has a 64-megapixel main sensor with an f / 1.8 aperture, 0.8 micron pixels, and a 1 / 1.72 inch sensor, though it will use Quad Pixel technology to take efficient 16-megapixel photos.

The Motorola Edge +, meanwhile, has a 108 megapixel main sensor f / 1.8 which in practice will take 27 megapixel photos using pixel combination technology. This is a sensor with 0.8 micron pixels and the size of 1 / 1.33 inches. It has optical image stabilization, EIS, and is capable of recording 6K and 4K video at 30 frames per second. Speaking of video, you can record videos with wide angle and telephoto.

And so far the differences, because the rest of the cameras are almost the same. The main sensors are accompanied by a wide angle with 117º field of view and 16 megapixel resolution it will also act as a macro sensor. The telephoto lens is eight megapixels in both cases, but on the Motorola Edge it only allows up to two optical zoom magnifications and on the Motorola Edge + up to three magnifications. The fourth sensor is a Flight time to help take portraits. 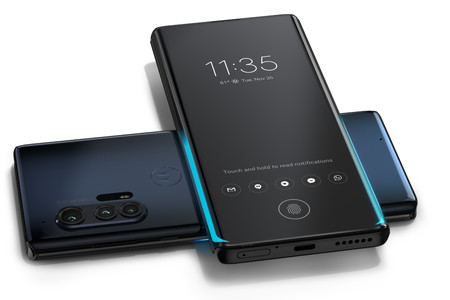 Almost 4 million people over 45 play video games. Why are they not taken into account? – editorial

Due to the complexity of the technology, The Medium has a fixed camera

Instagram Shop, the new store to buy products without leaving the Explore tab

The most recommended AirPod cases

Buying an iPad for back to class: things to consider, models and recommendations