A few days ago we learned that the game ‘Call of Duty: Black Ops Cold War’ I was going to need a whopping 250GB of disk space on its PC version and if you wanted to play ‘Ultra RTX’ quality. That figure is a (debatable) new record for a series that is also famous for the disk resources it consumes in its various installments, and many wondered what would happen to its version for consoles.

Now we know: this game will take up about 135GB on initial installation on PS5 and Xbox Series S / X. That data makes the advanced SSD units of these consoles tremble, which are ultra-fast but have a certainly limited capacity for the times. Those who own an Xbox Series S with a 500GB drive face an even bigger problem.

Xbox Game Pass: What’s coming next to Age of Empires 3 by the end of October

Activision it already “scared us” with those 250 GB which will be necessary to be able to take full advantage of the game on super powerful PCs, but the storage needs on consoles had not yet been published. 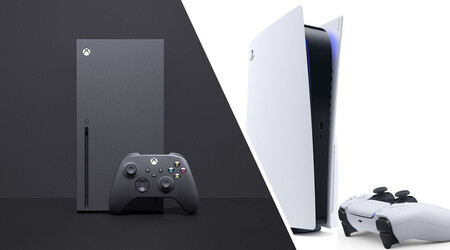 Now we know that data, and this is the space that will be necessary to install ‘Call of Duty: Black Ops Cold War’ on the different consoles that will be available on November 13:

The figure is somewhat lower for current consoles, but rises notably for new generation consoles, which precisely they are a little short of storage, at least as far as capacity is concerned.

It is precisely the Xbox Series S that suffers the most due to having a unit of only 512 GB (in which the user, we insist, will only have part of that space available), and that makes it clear that in these consoles having many next-gen games installed at the same time can be a problem.

No robotic probes, no mining stations: these researchers want the future of space mining to be microorganisms

In fact, things may get worse in the future, because in games like ‘Call of Duty’ it is normal to receive patches, DLCs and updates that make that space even greater. Ays.

Next-gen storage has a clear problem

It is something that we had already warned when talking about the storage systems of the new consoles. The transfer rates of these drives are mind-blowing and they allow reaching 9 GB / s in the case of the PS5 (4.8 GB / s in the Xbox) in reading compressed data, but all the advantages of these systems are compromised by a limitation: the space of which users will have.

What happens to these drives is what happens to any disk or SSD drive that is advertised and sold online and in stores: a respectable fraction must be subtracted from the capacity shown by the manufacturer. As we discussed, this is due to the way the “giga” prefix is ​​advertised, but also due to the use of hidden partitions and the space occupied by operating space.

The new generation consoles will have a clear problem here, because those SSD units, as fast as they are, have a space available for the user that is clearly less to the capacity mentioned in all press materials and in the data shown when purchasing the consoles:

The solution here is use external units as “storage rooms” in which to save games that we do not play temporarily but want to have available quickly.

Since new generation games that want to take advantage of the capabilities of these consoles will only be able to work if they reside on the main SSD drive or auxiliary cards (but not on USB drives), the idea here is to have the game on the main unit while we play to him, and if we need space in that drive for a new game, move games like the latest ‘Call of Duty’ to that external drive.

That will allow us not to have to download the game again when we want to enjoy it, and reinstalling it on the main unit will be much faster than downloading it again. On Xbox we can also choose buy the 1TB SSD expansion cards, but with the cost that they have, perhaps many prefer the first option.

The problem is evident for the next-gen, especially in an era in which videogames occupy more and more and it is already quite normal to see how those games exceed 100 GB of disk space required. You will have to get used to it.