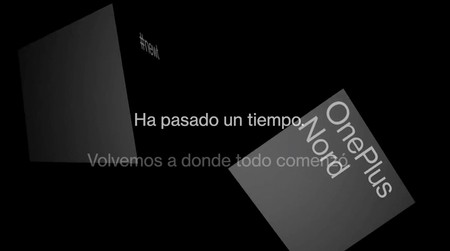 The wait is coming to an end: the alleged return to the roots of OnePlus can be booked in India and Europe from Wednesday July 1st. It will be called OnePlus North, it will be more content than its OnePlus 8 brothers and it can be purchased via invitations if you get a reservation. And with promotional gifts.

The supposed “cheap OnePlus” has been circulating for months in the form of rumors. First of all as OnePlus Lite, a reduced version of the OnePlus 8 which was not presented in the end. We recently learned that the phone exists and that it surely intends to adopt the name OnePlus North. And this has been confirmed by the company; without hiding the surprise: The brand’s next phone is about to reach the first hands.

20 euros to reserve the OnePlus Nord with gifts

The idea is that all OnePlus fans can book the brand’s next phone as soon as possible. For this, a presentation campaign was created which covers part of the strategy of the first OnePlus, the One: there will be an invitation system to distribute the North in a limited way and only to those who really want the phone. To complete this process, OnePlus will offer promotional items to everyone accessing the reservation.

The time has already passed: in less than 24 hours, the OnePlus North reserve will be launched. It will be on this page and always in a limited number: only the first to book can receive the invitation to purchase the phone. The reservation will cost twenty euros; What will not be refundable in cashYes, as a discount: OnePlus will subtract the cost of the reservation from the final price for the North.

Despite the fact that the reservation is already fixed, and that there is hardly a day left for it to start, all those who risk paying the twenty euros they will do it without knowing anything about the future OnePlus North. There are no official specifications, nor the design. And of course, we don’t even know the final cost of the phone. Despite everything, everything is ready for the presentation to begin: July 1, reservation; July 8, second tranche of reserve; July 16, third tranche of reserve.

OnePlus Nord, a return to its origins to fight in the competitive mid-range with 5G

OnePlus did not give a launch date or final presentation: reservation and invitations are on an unknown mobile. Hopefully, as the reserve rounds progress, the brand will reveal specific details of the device.

Searching for bargains: OnePlus 8 and Realme X3 SuperZoom at an outrageous price and many other offers

Fortnite: Captain America skin will be in stores on July 4

Crucible, the competitive game from Amazon, did not work well and returns in closed beta version after its launch

The Vic20 returns, the personal computer that preceded the legendary Commodore 64

Marvel’s Iron Man VR in an avalanche of details between longevity, combat system and much more

Void Bastards: If System Shock 2 was a thug – and Shodan was an indifferent bureaucrat …

Trailer for Crash Bandicoot 4: Its About Time: the legendary marsupial returns with an adventure true to its classic casual style

OnePlus confirms it will present a new range of “more affordable” phones: an announcement that matches the OnePlus Z rumor

Acer Predator Orion 9000: an imposing gaming computer with up to two RTX 2080 Ti and a liquid cooling system

Ghost of Tsushima and the fight with the katana: Suker Punch tells about the development of the combat system

Tencent Takes Control of System Shock 3 to “Advance the Franchise”

Trackmania returns to basics with a free-to-play formula

The now cheaper iPhone XR continues to lower its price, but the units are sold out

Good, beautiful and above all cheap, 10 times cheaper than AirPods

The best-selling smartphone of 2019 now much cheaper

Producing a short film with the iPhone 11 Pro: the beginnings

Your new iPad is now much cheaper

They compare the cameras of the iPhone 11 Pro, OnePlus 8, Galaxy S20 and Ultra and Pixel 4, which is better?