At the end of last year, OPPO launched OPPO Reno3 and OPPO Reno3 Pro, two high-end mid-range devices with 5G to which, later, a model with 4G would be added. Three models in total which, to date, have not yet officially arrived in Spain. But the machine does not stop, so OPPO just called us on June 5th to announce its news OPPO Reno4 et OPPO Reno4 Pro.

The company just released the data through its official Weibo profile, where it confirms that the event will take place in China at 7:30 p.m. Local time, 1:30 p.m. in Spain (one hour less in the Canaries). Knowing that, we’ll go over everything she knows about these new devices, which is no small amount, since the company itself has been tasked with revealing everything about its design and some specs.

The Poco X3 leaks almost completely before its presentation

What do we know about OPPO Reno4

Image of the OPPO Reno4 product sheet on TMall.

Let’s start by talking about its design, of which there is little to know. We know what these phones will look like thanks to an official teaser from the company and that they are already on TMall. You can find photos in front and behind, so for convenience its aesthetics are no secret. The back (available in red and blue) it is slightly curved on the sides and there is only the module with the three (big) objectives. 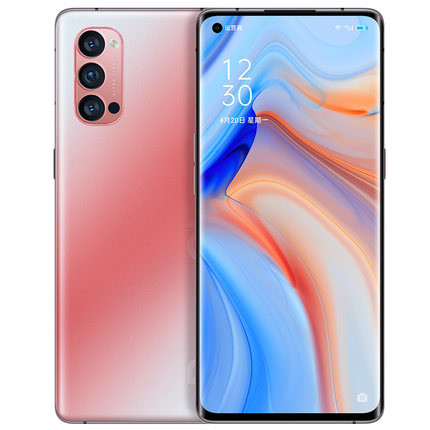 Image of the OPPO Reno4 product sheet on TMall.

This is also reflected in the size of the screen. OPPO Reno4 Pro aims to have 6.55 inch and OPPO Reno4 seems to stay 6.43 inch. From the pictures that have been shown from OPPO, the panel will be perforated to make room for the internal camera. In both devices it will be curved and it is expected, at least in the Pro model, that it will have a 90Hz refresh rate. 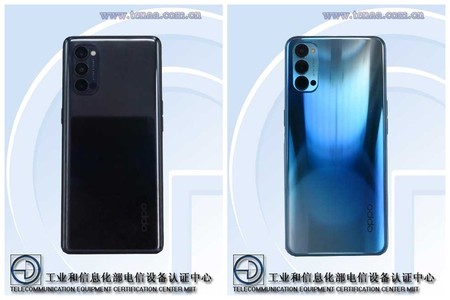 When it comes to components, TENAA data shows that both models will have 8 or 12 Go of RAM, 128 or 256 GB of internal storage and the Snapdragon 765G processor, so they will be compatible with 5G. The battery also appears to be the same: 4000mAh with 65W fast charge (fast charging has been confirmed by OPPO). So where are the differences? In the camera.

According to TENAA, the OPPO Reno4 Pro will have a 48 megapixel main sensor with OIS, a 12-megapixel sensor for recording videos in low-light conditions and a 13-megapixel telephoto lens whose zoom is unknown. OPPO Reno4 will not have OIS on the main sensor and it will mount an eight-megapixel wide-angle and two-megapixel depth sensor. The internal camera is the same for both: 32 megapixels.

Nothing is known about its price and its versions. However, the TMall product sheet shows that there will be four colors (blue crystal, dream mirror, white titanium and diamond crystal) and two versions: 8/128 Go et 12/256 Go. Its price is still unknown, so you’ll have to wait until June 5 to answer questions.

OPPO Find X2 Neo: the new OPPO 5G proposal arrives with the Snapdragon 765G and four rear lenses on board

These apps already have widgets for iOS 14

This tool manages to reconstruct pixelated faces with surprising quality

AUKEY CB-C71, the ideal eight-port hub for our Mac or iPad Pro