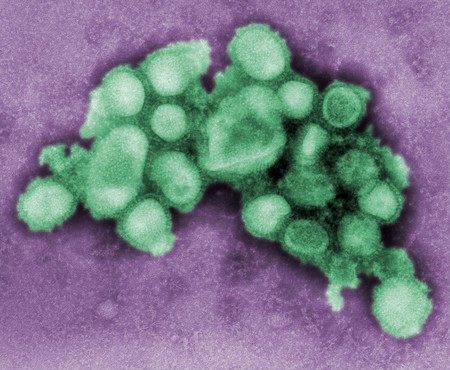 The news came out yesterday: a group of Chinese researchers published in PNAS, one of the most prestigious magazines in the world, which they had discovered a new strain of influenza with “pandemic potential”. The flu variant infected more and more pigs in the country, it could infect humans and, who knows, be the protagonist of the next great pandemic.

Or not. Not really. Although G4, as they called it, is a strain (of avian matrix) to which humans would not have immunity and, indeed, it could mutate to be transmitted with great ease in humans, the truth is that it has been in pigs for years and does not seem to cause any significant symptoms. Despite the headlines, this is yet another virus. As Robert Webster, a researcher specializing in this disease, explained in Nature, “we just don’t know if a pandemic will happen until it does.”

What do we know about the G4 strain?

This strain is the result of a process which is generally called “rearrangement”. When several influenza viruses coexist in the same organism, a phenomenon of genetic exchange that generates new strains. This seems to be the case: G4 is the result of the combination of three lines: one similar to the flu typical of Eurasian birds; another related to H1N1 2009; and finally, a North American variant of the latter which incorporated the swine flu genes.

As part of efforts to fight zoonoses, the team led by Liu Jinhua from the Agricultural University of China (CAU) analyzed around 30,000 nasal swabs taken from pigs in slaughterhouses in 10 Chinese provinces (and 1000 other swabs of sick pigs examined at his school’s veterinary hospital). The samples yielded 179 swine flu viruses. The vast majority of them were subtypes of this strain or any of the other five that make up the Eurasian avian line.

This means that, on paper, the G4 is a candidate to watch closely. After all, the H1N1 strain has already made its way over a decade ago and has brought the world to the brink of a truly critical pandemic. However, it is advisable not to take this type of study out of context. First because It should not be forgotten that, although the flu spreads very easily from pigs to humans, these strains rarely have the ability to spread between humans..

Second, this is part of the regular job of virologists. It is not uncommon for viruses with “pandemic potential” to appear. A few weeks ago, it was announced, for example, that hundreds of SARS-CoV-2 type coronaviruses had been found in bats in the Chinese jungle. That is to say, most probably under normal conditions, neither of the two new ones (neither that of the coronaviruses, nor that of G4); This has been the case with hundreds of identical studies in recent years, but we do not live in normal conditions.

Are we really facing a “potential pandemic”? 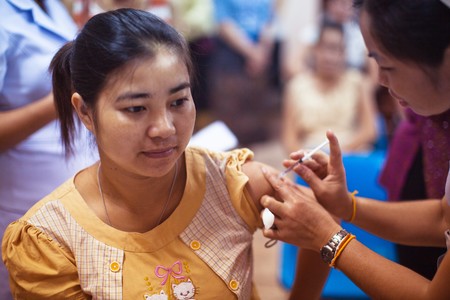 As Webster said, we don’t know what a pandemic will be until we have a pandemic, so theorizing about the possible mutations of the G4 that moves among Chinese pigs is pretty free. It might make sense, as the study authors point out, advancing vaccine development and strain study to advance some work in case we detect a major change. But, beyond that, nothing else can be done except monitor the circulation of the strain.

However, keep in mind that we live in a time particularly sensitive to this type of news and discoveries. As has happened, for example, in the context of the 2019 summer listeriosis outbreak and the renewed interest in this type of health problem, it is reasonable to assume that the public interest will decline as the crisis will lose its strength.

Therefore, in general, we have to be careful with these types of studies as they can generate a feeling of “Pedro and the wolf” and erode efforts to improve early warning and surveillance systems. No one knows how we will get out of this crisis and, precisely for this reason, it is timely to be clear about what and when something is a threat. And is it even scrupulous, epidemics always have the capacity to surprise us.

Games of the Decade: FTL: Faster Than Light is a house among the stars – article

Grounded, Carrion and Yakuza Kiwami 2 among the next games that will join Xbox Game Pass on Xbox One and PC

The Lenovo Legion will be released on July 22 with a 144 Hz screen and Snapdragon 865+, among other features.

Tablets are turning back the clock and becoming (like laptops) a hit during the pandemic, and there’s a particular reason for that.

“Perhaps the worst is yet to come”: experts warn that the global coronavirus pandemic is just beginning

Half-Life 3 and Left 4 Dead 3 among the projects canceled by Valve: some details appear

Among the trees – try

China just approved a coronavirus vaccine for military use: what we know about the CanSino vaccine

Quantum error: Doom, Bloodborne and Metal Gear among the sources of inspiration for the PS5 science fiction horror FPS

Dujiangyan: the engineers who, more than 2000 years ago, decided to tame the Min river and, unwittingly, ended up forging China

The largest labyrinth in the world is this colossal garden in China and takes over 9.4 kilometers to get out

Phil Spencer and Ken Levine, among others, join the cast of guests who will be at Gamelab Live 2020

It’s been 20 years since we ate so little meat: the pandemic is causing an unprecedented drop

AirPods Pro at the price of normal AirPods on Amazon

COVID-19 and the question of whether there will be a second wave: experts point out that it will be in the fall during the peak of the flu

Go for a beer while a thermal camera looks at you: bars and restaurants anticipate the “new normal”

There is already 5G on Everest: China Mobile and Huawei install new antennas at the top of the highest mountain in the world

China in search of extraterrestrial life: the gigantic FAST telescope will seek signals from September

The anomaly of the “new normal”: what do the industries most affected by COVID-19 offer in order to survive (Clear X, 1×92)

The coronavirus epidemics in Japan and Singapore after the opening show us that the world we are going to be in will be very different from the “normal” world.

Still Amazon changes its website to sell less: that’s how online shopping changed in the middle of a pandemic (Clear the X, 1×91)

Club thermometers, bench press: this is how the “new normal” plan for those most affected by distance

It is normal that your mobile phone already shows a “COVID-19 exposure notification” option, Google and Apple are not “spying on us”