Inside, Razer has gone for its well-known optical switches, which use a light-based mechanism instead of a mechanical one. There will be two variants available: red and purple, each with its respective sound and a different force of action. It’s a keyboard designed for gamers who don’t have a particularly large desk and the price starts from 129,99 euros. That said, let’s get to know him better.

To play in less space

The Razer Huntsman Mini is finished in aluminum and its design has been reduced to 60%. It has no side frames, no numeric keypad, and no function keys, so takes up much less space than other conventional gaming keyboards. This is a wired keyboard, although the braided fiber USB Type-C cable it incorporates can be taken apart when we carry the equipment or want to clean it.

At the key level, Razer has opted for double injection PBT keycaps. These keys are a bit stronger and more durable than the ABS ones and take a lot longer to lose their shine over time. Under them we can implement two types of optical switches: red (less clicky, with one millimeter of update distance and 40 grams of actuation force) or purple (more clicky, with 1.5 millimeter of distance of actuation and 45 grams actuation force). Razer guarantees that they have a useful life of 100 million clicks, that there will be a provision in Spanish and that the voting rate is 1000 Hz.

The 8 new things coming to AirPods with iOS 14 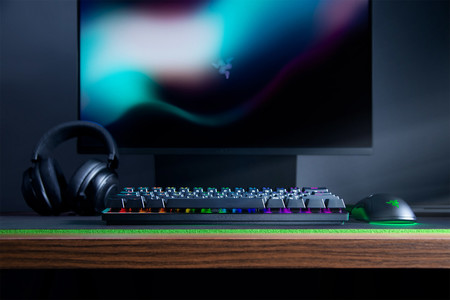 Like almost all gaming keyboards, the Razer Huntsman Mini features RGB. In this case, Razer opted for individual backlighting for each key that can be synced with other compatible devices. Razer Chroma RGB (like the Razer Basilisk mouse). According to Razer, LEDs can reproduce 16.8 million colors. It goes without saying that the keyboard has several preconfigured lighting effects, such as breathing, static, wave or reactive.

Finally, it should be noted that the keyboard has built-in hybrid storage that allows store up to five shortcut profiles, that macros can be recorded and that Razer introduced simultaneous key recognition with anti-posting technology. 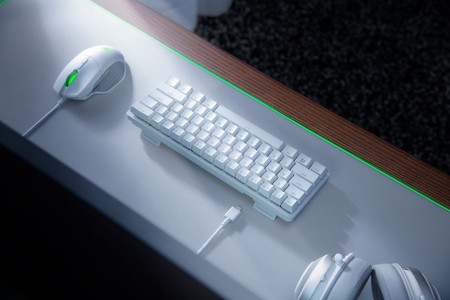 The Razer Huntsman Mini can be purchased now from the Razer website at four versions: black or white and with a red or purple switch, a matter of taste. Clicky models cost € 129.99, while linear models cost € 139.99.

A billion-dollar business that iOS 14 could destroy

Huawei Nova 7 5G and Huawei Nova 7 Pro 5G: two new premium offerings with the Kirin 985 brain and up to six cameras in total