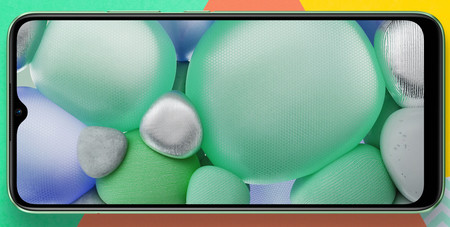 The war to conquer the cheapest segment of Android smartphones continues. The same day that Xiaomi presented its economical Xiaomi Redmi 9A and Xiaomi Redmi 9C to us, Realme did the same with its own input range, the new Realme C11.

The Realme C11 is a new economical mobile that bets on a 5000mAh large battery and a nice design for its price segment. With the new MediaTek Helio G35 processor, the Realme C11 barely exceeds 100 euros in exchange.

Realme has just announced its new competitor for the cheapest range of Android devices. The Realme C11 arrives with a certain digital leap compared to the Realme C3 that we encountered a few months ago and with which it shares certain specifications.

The Realme C11 arrives with the MediaTek Helium G35, a new eight-core processor (eight cores up to 2.3 GHz), 2 GB of RAM and 32 GB of storage. A good amount of RAM for the time, although it cannot be excluded that other variants with more memory are sold in other regions.

The terminal has a modern design, with 6.5 inch LCD screen with HD + resolution crowned by a drop-shaped notch which integrates the front camera. This front camera has a resolution of 5 megapixels.

Behind, the Realme C11 has a dual lens camera with a renewed square module design. The main trigger is 13 megapixel with f / 2.2 aperture, which is accompanied by a 2 megapixel lens for the depth calculation.

If the Realme C11 is distinguished by something, it is by its battery. He has a 5000 mAh capacity with standard 10W load and reverse load support. In other words, you can use it to charge other devices as if it were a power bank.

The terminal does not have a fingerprint reader nor any type of biometrics beyond 2D facial recognition using the front camera. Another detail to take into account is that the charger connector is MicroUSB. 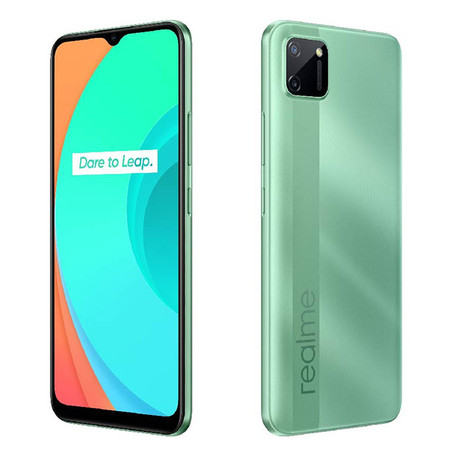 The Realme C11 was officially launched in Malaysia, where it will go on sale officially on July 7, with 2 GB of RAM and 32 GB of storage in green and gray colors for an official price of 429 ringits, around 429 ringits , some 90 euros to change and exactly the same price of the Xiaomi Redmi 9C announced the same day.

Xiaomi Mi 10 Ultra: the new top of the range from Xiaomi has a 120x zoom and recharges in 23 minutes

HTC Wildfire E2: an entry range with 4000 mAh and a good memory configuration

Hunting bargains: OnePlus North at a demolition price, Xiaomi Redmi 9 very low and many other offers

Vivo Y1s: a very cheap line with Android 10 to fight for the price

Technological products at the best price for a limited time

The creators of Sky: Children of the Light of Journey welcome the Season of Enchantments with lots of new content

The first step to iPhone without ports: Smart Battery Case without Lightning

Skylines cities: Sunset Harbor is not quite up to its price

Office hosting in e-sports: “Everything is exciting, lots of strange things”

Realme joins the 125W “super fast” charge: they promise a charge of 33% in 3 minutes and a mobile that will support it in August

iQOO U1: the first mid-range of the house arrives with Snapdragon 720G and a very tight price

Kobo Nia: Kobo’s new e-reader comes with a six-inch screen and promises “weeks” of battery on a single charge

Nissan Ariya: the company’s first 100% electric SUV with which they promise a range of up to 500 kilometers

The Motorola One Fusion + arrives in Spain: these are its official price and its availability

When a Tesla’s camera captures the theft of another car: what images can these recording systems get and where is the limit

What does the warning that our Mac’s battery is not charging mean?

Configure Macs with Apple Silicon: from several processors like Intel to simplify the range