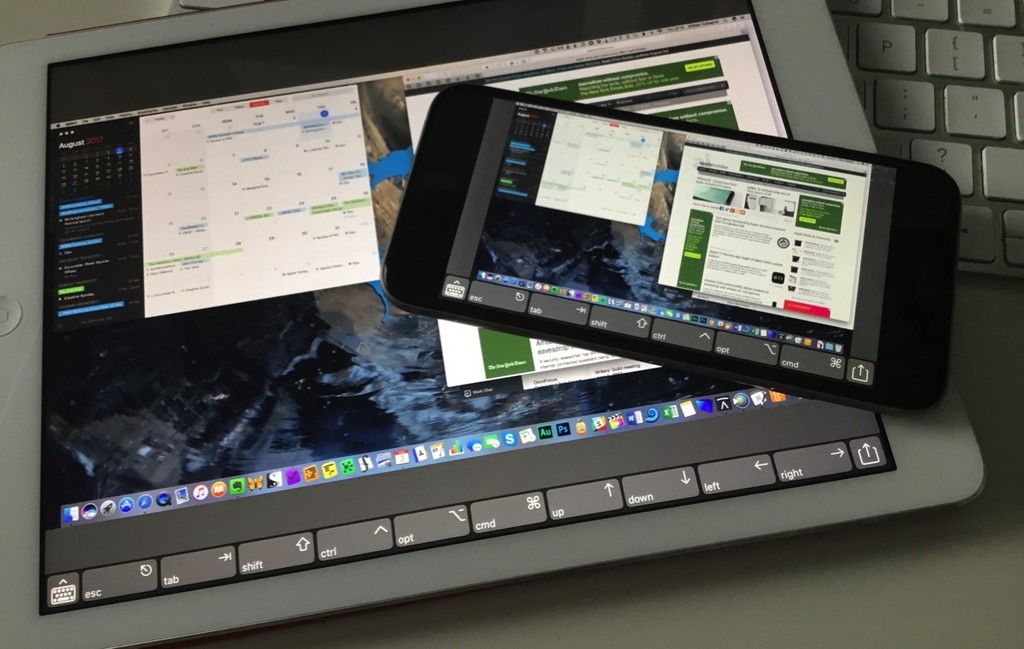 Sounds hard to believe, but leak reveals Apple is working on IPhone prototypes that would run macOS and that would theoretically connect it to a monitor for use as a place of work (and leisure).

The idea is not new: Microsoft has tried it with Continuum, Canonical with Ubuntu Touch and more recently, we can access this option on Samsung mobiles with DeX or on Huawei mobiles with PC mode. Everything failed in the search for convergence between PC and mobile, and it is curious that Apple can pose something like this now that the ARM transition from the Mac begins.

Although Apple has always denied that the Catalyst project – which integrates iOS / iPadOS applications with macOS – will involve merging these platforms into one. However, the new transition to Macs with “Apple Silicon”, Apple processors with ARM architecture, seems to pose according to this filter called MauriQHD these prototypes of iPhone running macOS.

The reality is that macOS Big Sur already works on ARM. This is demonstrated by these first “Mac mini for developers”, the Transition Kit for Apple developers, in which precisely this operating system is already running on them: To think that this operating system can work on an iPhone does not seem exaggerated, although logically the interface of this system invites to control it with the mouse and the keyboard and not to the touch.

The new era of Apple Mac ARM begins: what can we expect from future iMacs and MacBooks

It also seems to make consistent the idea that if you could connect iPhone to an external monitor, mouse and keyboard, we could use the iPhone as a kind of Mac mini in itself, having at hand all the power of the operating system from one of Apple’s mobiles (and perhaps also from an iPad) .

According to Mauri QHD, the system “is ready”, and Apple is still working on prototypes and “they are taking the time to improve it, but they have two options ready (even if they will only go for one”). For this filter The chances of this project becoming a reality are 95%.

This optimism seems somewhat exaggerated given that Apple has always said that macOS and iOS are each autonomous. Things don’t seem so clear now that all of their devices and computers will be based on ARM processors, and of course that hardware unification also indicates possible software unification.

Other companies have tried something like this in the past. The dream of convergence first appeared on Canonical with their Ubuntu phone, but even Microsoft has bet on this unified future with the famous UWP (Universal Windows Platform) which aimed to make developers create universal applications that work on all types of Windows devices by simply adapting to format and resources of each.

Others have tried (and failed)

These projects have failed, and what we have had for a long time are solutions like Samsung DeX, the most remarkable when it comes to using the mobile as a desktop computer, and also PC mode of Huawei mobiles.

Android Q also seemed like I would bet on something like that, but There have been no announcements regarding this potential official “PC Mode” for Android.. None of these companies ultimately decided to bet on this option, and in fact, Samsung took a big step backwards by removing the important Linux functionality from Dex.

Converting your mobile to PC has always seemed possible, but the reality is that the scope of this option doesn’t seem to attract as many users as companies have thought. It remains to be seen if Apple really has something prepared in this regard, and if indeed this solution achieves what others have not achieved.

Samsung DeX: convergence between mobile and PC is something like that

A priori this poses another problem for Cupertino: if I can already work with the iPhone directly as a PC, Why do I need a MacBook or iMac to work? In many cases – certainly not all – these computers offer a lot more leeway for heavy tasks, but the iPhone and iPad could win many integers when it comes to making them the only PCs you need everyday … or almost.

Rumors of an iPhone with macOS pose a challenge: neither Microsoft, Ubuntu nor Samsung have managed to solve it

IPhone sports cases, these are the best

Samsung Portable SSD T7 Touch a good storage option, but according to our needs

The best way to send multiple photos from iPhone or iPad

Why is now the worst time to buy an iPhone?

The importance of updates: they reveal an attack via Microsoft Office that can affect the Mac

The Xbox Series X processor was revealed by Microsoft: is it the largest console chip ever produced?

Will Microsoft be able to offer true next-generation experiences without giving up support for Xbox One? – article

Samsung Galaxy Note 20 and Note 20 Ultra: even bigger and with an S Pen ready for productivity and games

Samsung Galaxy Watch 3: version with and without LTE for a smartwatch that gives us the Samsung differential rotating bezel