SamaGame > Sega > SEGA shows for the first time a prototype of what the Sega Nomad would be like, its laptop that was only sold in North America 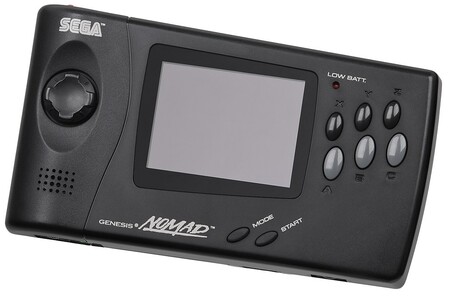 SEGA shows for the first time a prototype of what the Sega Nomad would be like, its laptop that was only sold in North America

In a matter of consoles, it could be said that SEGA has gone through its pluses and minuses, with some that have triumphed and others that have been forgotten. This last group could include the Sega Nomad, a small portable console that was only put up for sale in North America in late 1995 and that it was intended to be the successor to Game Gear.

Curiously, the design that it ended up having was not the one the company had originally thought of. This was revealed by SEGA itself in a video that it has published for its 60th anniversary, in which Hiroyuki Miyazaki, content director, appears, showing a prototype of how this little machine was actually going to be.

Both models coincide with the location of the different buttons, although the design of each of them is somewhat different, especially with regard to the case. Also, that prototype received the code name Venus, being now the first time it comes out thanks to this video that SEGA has distributed.

At the time when it was put up for sale in the market, the intention was to try to somehow cope with the Game Boy. However, the fact that it was only released in North America did not work in its favor at all, and neither did the fact that SEGA preferred to focus at that time on the Sega Saturn. Also, it drained the battery so fast that it could only be used for two to three hours as much.