The people of Hangzhou, China, soon they will have a health score that will drop from 0 to 100, they say in the NYT. Things like walking a lot during the day or getting enough sleep increase this score, and things like eating or drinking alcohol will lower it.

This is not a Black Mirror episode. It’s a real project It is launched there as a branch of COVID-19 tracking applications which, at the Asian giant, have been particularly ambitious in collecting information. Now that the pandemic is no longer as critical, the debate over what to do with these apps is winning: will governments force us to keep them under the pretext of security and the common and individual good?

8 augmented reality applications to play with children: ideas to have fun with them with our mobile or tablet

Contact tracing apps can do (much) more than this

The debate is on the table and it is not that it has been raised now. Since the beginning of the development of solutions that have transformed our smartphones into tools to control the pandemic possible risks to privacy were discussed.

These conversations have fueled suspicion in the development of such solutions in the West. In Europe, the strategy remains diffuse, but it seems that the idea of ​​decentralized application proposed by both the DP-3T system and the development of Google and Apple is strengthening: no location data and absolute user control, who will be the one to decide whether you want to enter the system and share your contagion information (if so) or not.

Decentralized vs centralized: the great debate on the proximity system to be put in place to monitor citizens

In China and other countries, this conversation did not exist. Applications launched for contact tracking or traceability have often been intrusive in this area, and not only recorded with which devices a user’s mobile came into contact with, but also where and when they did so.

These applications have proven to be a remarkable addition to manual contact tracing led by people, but now that the pandemic is much more under control in China, the debate over the future usefulness of these apps is on the table.

Especially when, as the New York Times reports, these applications “don’t get obsolete at all. Instead, they quietly become a permanent part of everyday life, a with the potential to be used in disturbing and invasive ways« 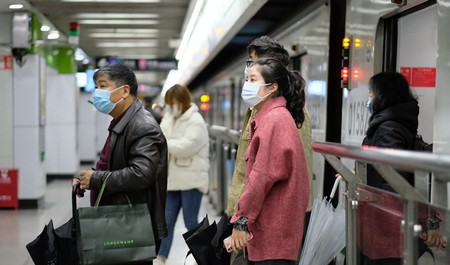 We have the perfect example in this initiative of the city of Hangzhou, which in its metropolitan area has more or less half the population of all of Spain: 22.6 million inhabitants.

Apple, Google, coronavirus and privacy: a perfect storm that kicks off if the cure is worse than the disease

For many, this proposal of assigning some sort of “health index” to a person is very dangerous. Wang Xin, a writer with 2.5 million followers on Weibo, asked, “Isn’t it an outright breach of privacy to monitor and discriminate against unhealthy people?” Another author, Shen Jiake, noted that while big data allows data controllers to use personal information within minutes, this measure “crosses the line.”

124 Google Play offers: free apps and games and with attractive discounts for a short period

The truth is, these contact tracing apps were already threatening to become more than that, and they did it precisely in Hangzhou, where they even served. arrest the suspect in a crime. As he did not want to register for this “health index”, the suspect could not work or rent a room: he ended up going to the police.

According to the New York Times, what is happening in China may now become a reality in other countries. We saw it with September 11, a terrible event that ended up being the excuse for intelligence agencies – with the United States at the helm – to launch spy programs and mass surveillance. Now COVID-19 is giving these agencies and many governments the perfect excuse to spy on us even more.

Online marketing analyst – a profile with a future

The problem of starting a free WordPress blog or Blogger

Animal Crossing New Horizons Tubers: Here’s how to get a good price per tuber with Daisy Maes tuber fair