Apple has already begun the transition of its computers from Intel processors to its own chips with the M1, the first of its kind that is a taste of what is to come. One of the teams that includes it is the Macbook pro (2020), which is already on sale on Amazon with a reduction of almost 50 euros that leaves it at 1,449 euros 1,402.42 euros.

The new generation MacBook Pro with M1 chip has a recommended retail price of 1,449 euros in the Apple Store and many other stores, but in Amazon you can get it with a reduction of almost 50 euros that leaves it at 1,402.42 euros, its all-time low. In Macnificos it is also on sale. 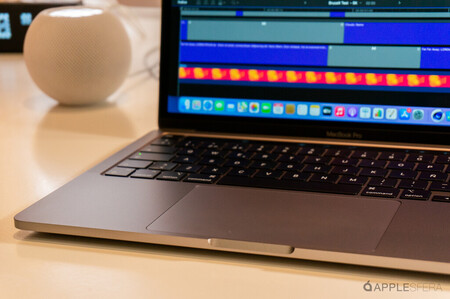 This model comes with Apple’s new M1 processor, which integrates an eight-core CPU, eight-core GPU and Neural Engine, as well as 8 GB of unified memory. Internal storage has 256 GB SSD, so if you need more space you will require cloud services or external hard drives. It has the Magic Keyboard, Touch Bar, Touch ID and two Thunderbolt / USB 4 ports.

It is a team that stands out for its performance and energy efficiency, its autonomy can reach up to 20 hours, although in a real scenario this figure may be much less. According to Apple, its CPU is up to 2.8 times more powerful, and graphics are five times faster to perform tasks much faster than before.

If you join Amazon Prime, you have a 30-day free trial (after 36 euros per year) to enjoy free fast shipping, priority accessory to offers, services such as Prime Video, Prime Music, Prime Reading and unlimited photo storage. In addition, if you are a student, becoming a Prime Student costs half and you have a 90-day trial.

You can also find here the best Black Friday 2020 deals