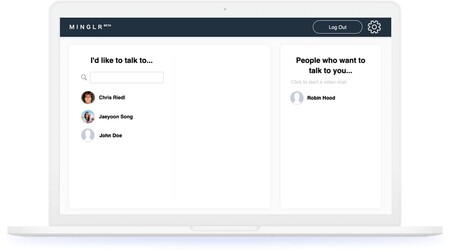 Since the pandemic altered our daily lives and forced many users to change the office and classroom for a room in their homes, we have learned to move the formality from lectures and conference room to our interactions on video conferencing platforms like Microsoft Teams and Zoom.

Thus, the aforementioned applications … however, the office and the pre-pandemic university were not like that. No, at least most of the time: our day was mostly made up of informal interactions (talks at coffee time, huddles between class and class, etc), so alien to what Teams or Zoom represent for us.

So some startups have got to work to develop video conferencing applications that favor a new kind of online interaction that makes it possible to recover informality of old face-to-face interactions.

“Many work teams had cultures that depended on the ability to speak live and spontaneously. What we think is that we have to recover that “.

Who thus speaks is Alexander Embiricos, CEO and co-founder of Remotion, a video calling software launched this week whose objective is make video calls a discreet tool in our day to day, instead of something that demands our full attention at specific moments.

For it, the faces of our co-workers appear in a dock on the edge of our desk And, when we are not immersed in a call, their photos (or animations) continue to be displayed along with color codes and status messages that indicate their degree of availability for a quick chat.

Embiricos clarifies that does not consider your tool a complete replacement for tools like Zoom Nor does he advocate “a world in which everyone is always talking”, but is convinced that conversations through his platform can avoid the need for many formally scheduled meetings, but also endless conversations via chat or email to solve simple problems.

Remotion is currently available for free, albeit exclusively for macOS… Although its developers say they plan to add additional paid features and expand to other operating systems.

Narine Hall, the creator of InSpace Proximity, explains that she created this video conferencing platform with a very specific purpose in mind: make remote learning sessions as close to a physical classroom as possible.

In InSpace, the avatars of the students are arranged on the screen as they would in a physical classroom, being able to group themselves as they would when some of them sit together with each other (or as when they bring their tables closer to carry out group work).

This allows, as in real life, the volume of the conversations that are established varies according to their “closeness” to the user. And if the grouped users create a ‘room’ by drawing a rectangle on the screen, the conversation that takes place within it will be private.

InSpace also allows a student to discreetly approach the teacher to ask a question that will not be heard by the rest of the users, or that the teacher (or another person with their permission) can address the whole class simultaneously. Of course, ‘raise your hand’ To get the teacher’s attention is another of the functions included in the program.

Cloud save hits the Epic Games store in May

Zoom is a great alternative for organizing large virtual conferences, for example in academia. But many users they miss the hallway conversations between conference and conference. That’s why Thomas Malone, MIT professor and founding director of the MIT Center for Collective Intelligence, has created Minglr to fill this gap.

Minglr allows attendees to connect to virtual conferences through short video conversations, making them each user can indicate with which colleagues they would like to chat and know who has expressed interest in chatting with them. When two users agree to talk to each other, a session of Jitsi, an open source video conferencing tool, opens.

Malone explains that it has already been successfully tested at this year’s Association for Computing Machinery virtual conference and that “86% of people who used the system think it should be implemented at similar conferences in the future.”