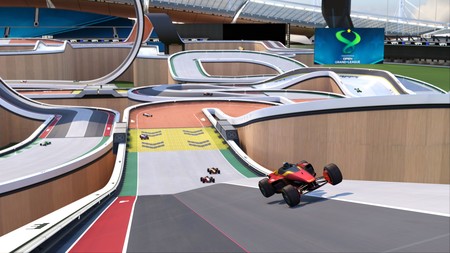 The hardest thing about Trackmania is not solving this twisted circuit created to evil and which, in most cases, culminates in an impossible jump; Nor how to visualize from the circuit editor circuits that would defy the laws of gravity if you did not go at breakneck speeds. What really costs horrors is to stop playing: each new game always ends up being the penultimate.

The saga Trackmania is back from its classic premise: no matter how your car is or what type of (aesthetic) fixes your opponents have made with theirs, what is really important are the tracks and going through them is a really fun experience. Always inviting us at our own pace to tackle its most demanding nuances.

A return which is a double safe bet. First for the simple fact of being a kind of remake from the sensational 2006 Trackmania Nations, which is sufficient endorsement for anyone familiar with the saga. But also because you don’t have to be an ace at the wheel: the new Trackmania he retains this experience which is quick to understand, easy to tackle and not so easy to master. Among other things, because each track is a different challenge.

Give you that feeling of accomplishment, even if you’ve returned to the previous checkpoint a thousand times (just by pressing a button). You face ever more intense challenges with mastery, while having a great time. Competition without the pressure of collisions that exasperate you. Let’s go back to the great sensations of the classic split screen.

And finally, by convincing yourself that you have the possibility of creating the circuit that you wish to travel by taking advantage of the superb physics of the game. Or quite simply to shape ideas that nobody has yet made.

The four these of Trackmania: drive, build, share and compete

The feeling of variety and the ability to adapt to high speeds are two constants Trackmania. But don’t worry, it is not a driving simulator And you will not need to calculate each action in millimeters: accelerate, brake, adapt to the circuit, and if you see that you have made a mistake, return to the last checkpoint or restart without any other penalty than not not take a medal at the end.

Because one of the basic principles of Trackmania is that driving always has a reward: In addition to the feeling of accomplishment at the end of a circuit, we are motivated to obtain the gold medal. And, in its competitive aspect, progress in rankings player.

On another side, Trackmania knows how to guide beginners. Not only does it not penalize failures, but it allows us to learn on the road with the ghosts of our best line (something like in Super Meat Boy) and to give us in the car the information we need (speed or position) without that Get away from the real experience: pass the next checkpoint and find out what awaits us from there.

Sound loops? Sliding surfaces? An impossible pirouette in which we will land and continue to run vertically? Anything can happen.

The team of Ubisoft Nadeo signs this installment, being responsible for the saga from its origins, but at the same time retaining the members of the original team. And this is evident in the functioning of the whole: Trackmania not only does it offer great sensations when it comes to playing, but it’s a spectacle for the spectator through their loops, their skids on ice rinks or this way of empathy with the player when crossing surfaces that cancel the direction or the engine until the next checkpoint.

At Trackmania, what really matters are the tracks, and walking them is a really fun experience

After all, just by watching a game or two, you already know all that the game has to offer and even how it is played, but Trackmania it’s this kind of video game that plays with the surprise factor and justifies the expression that “practice makes the teachero ”: it is only by playing that we will be really prepared for any surprise that awaits us.

And that’s where the real strengths of the game come into play beyond the gaming experience: its circuit editor and its constant content irrigation, even by the community. 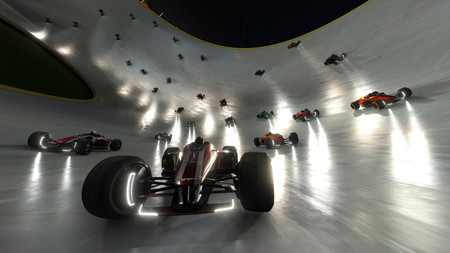 The other part of the experience Trackmania It allows us to experiment with the possibilities thanks to a simple editing system but with a wide variety of tools, by placing blocks or different types of surfaces. And, logically, allowing us to share them with other players.

In addition to the 25 official titles, which are updated every 3 months and can be played solo and as a player (online, split screen or by ordering) Ubisoft Nadeo opens Pandora’s box through its social options, through which we can participate and create in events or discover new ways to interact with levels that retain the essence of the platform and take it to the realm of driving.

Although, of course, this is where we’ll really have to consider acquiring one of the game’s three paid accesses or continuing with the free experience.

Three subscription models depending on how far we want to go 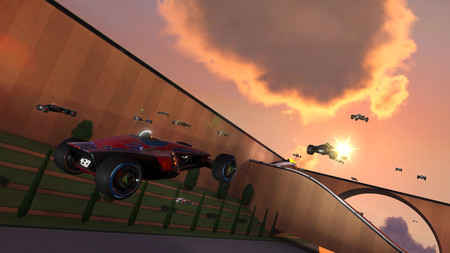 Trackmania will be available from 1st of July for everyone via Epic Game Store or Uplay and you won’t have to pay a penny to test your driving proposition, progress alone or online or test your track editor. Of course, there are subscription models that make the experience much more interesting.

There is Standard access one year worth ten euros which guarantees you access to the complete editor, which we can test online via dedicated servers, as well as access to new daily leads, as well as campaigns live community on the Arcade channel and club rooms.

It goes without saying that if we do not continue with standard access at the end of the year, we will continue to have at our disposal all the indices that we received during the subscription. 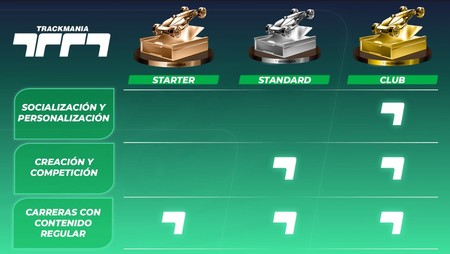 On the other hand, there is a second level which includes One year standard access which is designed for the most dedicated players and fans of the saga: with access to the social experience of the Club is encouraged And we can join any club, share reruns, ghosts or campaigns, promote contests, logically, access exclusive content.

Where does it come from? Basically, everyone is invited to play and experience the experience. And not only that, we can test with the possibilities of the editor. However, the subscription approach is one that offers the true experience of Trackmania. And its price – ten euros per year – is quite reasonable.

Trackmania is free, but open its special pandora box via its social options

Is it worth betting on the social component? Well, in 2016, Trackmania managed to collect 42,000 vehicles on the same circuit, which means that there is a really active community that wants to experience the possibilities of the editor, participate in the periodic events that are planned or simply hallucinate with player tips or how to overcome seemingly impossible tracks.

Inviting us, as we said above, to improve our quality as pilots in increasingly fascinating settings. 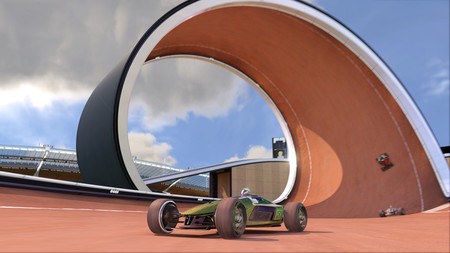 New Trackmania Retains the soul of the driving classics and makes discovering a new track or achieving a challenge as fun as it is rewarding. But he was also born with the intention of being the best opus in a series as prolific as it is expensive.

A goal that he achieves through the different annual access alternatives, leaving even more proof of what is the real driving force of the experience: beyond his physics system or his own editor, the community behind the saga He is the one who will make you come back every day to play a dozen games.

The new Trackmania masterfully fuses the spectacular, the simplicity and the pleasure

Trackmania It’s a driving game, yes, but sometimes it sounds like a new episode of the Trials saga and others like a platform game, despite the fact that the only way to jump is to go through a ramp or just to drop across a ledge. 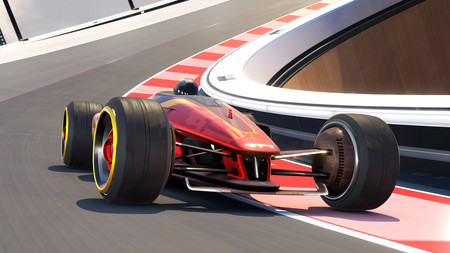 However, no matter how distorted the layout of a track, it still leaves behind any frustration for focus on fun, challenge and a sense of discovery. Either to see what awaits us when crossing the next checkpoint or what the next track has in store for us. And there are many that are true works of art and engineering.

New Trackmania It’s an endless pit of hours and challenges that not only has everything you need to become your favorite episode, but also positions itself as the perfect title to tackle this driving saga, even for those who are not too fans of the genre.

An experience that masterfully combines the spectacular, the simplicity and the pleasure, takes him on his own land, with everything that dazzled us from the first episodes, and finally allows players to raise him where their own imagination reaches.

Review: The Last of Us: Part II

Back to World of Warcraft with WoW Classic

Review of the rear buttons accessory for Sony DualShock 4

Hearthstone: The Ashes of Outland – Review