Bloomberg today added some seriousness to a rumor that we have been hearing hypothetically for some time, and that it doesn’t strike me as strange to see this becoming something tangible: Apple One, one subscription to various company departments in order to retain the user and allow savings.

I was also not surprised that all paid subscriptions were mentioned in the rumor. What surprises me is that the source talked about a new service that I never imagined Apple was going to launch, and it sounds like a fantastic idea: an exercise and physical activity program.

A huge market on the App Store 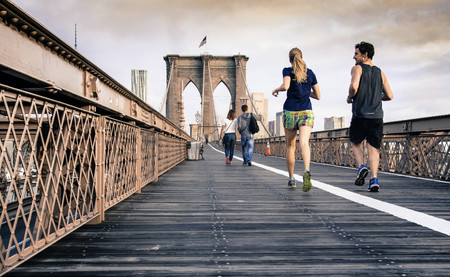 Mark Gurman describes this new service as a course subscription aptitude, which can be tracked from any Apple device, including Apple TV. He comments that it can be a good competition against Nike’s own services or Peloton Interactive, but we can go even further.

There are hundreds and hundreds of apps in the App Store, free and with optional paid subscriptions, that offer just that. Video lessons to get in shape, tone our body or a specific part of it or achieve a goal such as good pectorals or reduce the belly that has been given to us by confinement. It is a huge market with which Apple may have found a new source of income.

Also, at Apple they’ve already done a lot of the work. Research and development efforts to improve the Apple Watch have already forced the company to have entire complexes dedicated to fitness, with sports professionals working there. All the company would have to do is register a series of classes and use their algorithms to guide users in choosing which ones are best for them. Just watch the WWDC20 video again to see how Apple Park has a massive gym. Registration classes are relatively inexpensive for Apple, so the profit margin can be quite large. 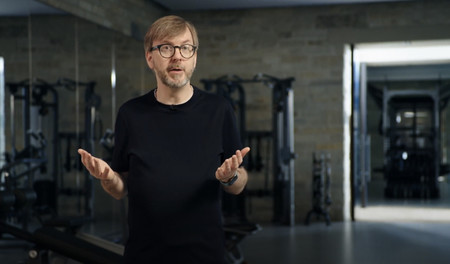 We can get a glimpse of the huge sports facilities at Apple Park in the watchOS part of WWDC20.

It’s a relatively simple job that, again, can open the door to a lot of income. hand in hand with motivating clients to decide to get in shape. And if this subscription is associated with a package that includes Apple Arcade, Music and TV +, the loyalty obtained is brutal.

It remains to be seen how much this plan will cost and how they approach it (perhaps as an alternative to personal trainers in gyms, ideal during a pandemic). But of course, this is something that piqued my interest and that I wouldn’t be surprised if it could end up paying off. And if I’m already paying for TV + and some extra space in iCloud… it looks like I’ll end up with one of these subscription packs based on their flexibility.

Microsoft wanted to do without journalists and put an AI to write on MSN, but it seems that these systems continue to screw up

Super Soccer Blast review, an arcade soccer game with the spirit of the last century that failed with its play tactics